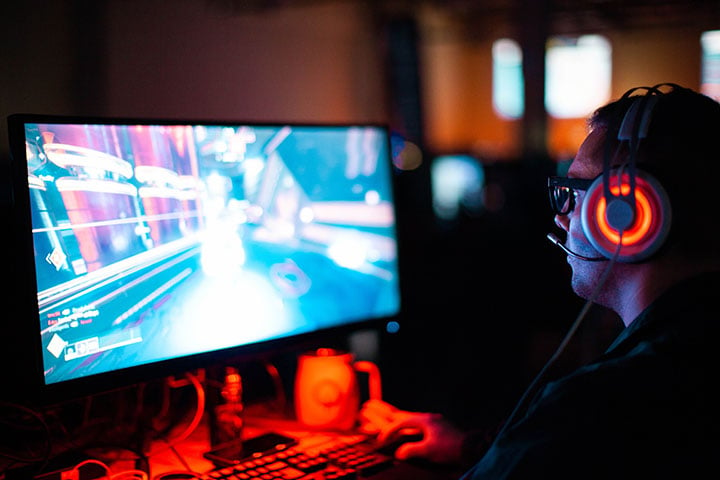 There’s no arguing that technology is redefining the ways in which we do absolutely everything, and there are no prizes for stating that fact.

The way we travel, experience, eat, date, organize, and shop has all been completely reimagined and redefined by the technology developing inside every imaginable industry. That’s not to say it’s a bad thing; we’re still a good few years before the movie “i-Robot” becomes a reality (we hope). But it’s just impressive to reflect and see exactly how far we’ve come.

But if there’s one industry that’s seen something of a technology lag, it’s the gaming industry, and although traditional casinos still have a certain charm to them, it’s about time that they caught up to the modern-day. Well, turns out that they must have been listening to my rants in the bar, because–as if by magic–it seems that catching up is exactly what they’ve been doing in the last few years.

Technology is starting to pick up pace in the gaming industry and casinos are beginning to find interesting and clever ways to use technology to create an improved, unique gaming experience. It’s not just in the typical brick-and-mortar establishment either, as online casinos and sportsbooks are all developing the ways they work.

So, how exactly can technology offer a unique gaming experience to us, the players?

Ask any technology lover what the most exciting development in the last ten years has been, and the chances are they’ll all spout the same answers–virtual and augmented reality.

With progression coming thick and fast around VR and AR games, it’s hardly a surprise that the ears of gaming companies have all pricked up at the thought of fully immersive gambling options. That’s exactly what we’re now seeing with a number of different providers experimenting with 3D VR and AR slots.

Although games are in their infancy stages, it’s clear that the solid line between traditional games (i.e. those played on a games console) and gambling games (like, for example, those played on sites like Cafe Casino) is beginning to blur. Before too long, the two may become indistinguishable as headset capabilities begin to completely transform the environment around a player, allowing a unique gaming experience.

Naturally, there are a number of concerns regarding exactly how immersed a player might become in a VR slot, but at such early stages of development, the criticisms and concerns are just that, and no action is currently being taken to prevent or prohibit these games.

Regardless of which side is taken or what spin is put onto the story, one thing is for certain: it’s going to be an exciting time for software providers and players alike.

Playing games online with friends isn’t anything new, and thanks to the explosion in popularity of the online gaming functions of the PlayStation 3 and Xbox 360, online play of this type is now recognized as the new standard.

For whatever reason, the online gambling industry has failed to catch on to the trend for a number of years, but all that’s heading toward an end soon, with the development of social aspects in online games. Currently, players are able to play online and gamble with friends, but the game’s choice is heavily limited to bingo and poker rooms.

With the new development of cooperative play and networking, however, an entirely new genre of games begins to enter the mix. These are slots.

Now, you don’t need me to tell you just how popular slots are, but with the added option of cooperative play, it adds an entirely new and unique layer to what was already a magical potion with deeply committed, loyal players.

Gaming options are likely to include the pooling of bankrolls and the ability to compete against other players to try and build the biggest jackpots. There’s just no telling where the direction of technology-based slots could take us, and the use of VR might simply signify the start of something big.

The possibilities are seemingly endless here, and it’s going to be great seeing software providers think out of the box to create brand-new spins on old, familiar games. In fact, they may also have to be a little cautious. Time will tell how far the boundaries of game design get pushed.

In slots, part of the allure for many players is the traditional ‘old-school’ gaming experience, so it’s likely to be a fine line for developers to tread.

While segments of the slots market are ripe for captivating innovations, these will need to be well-considered, being brought to market without alienating that proportion of players who love the heritage, distinctive features and familiarity of traditional slots. But if developers get it right–and they probably will–the draw to new players will be immense while older ones are retained.

In a world where almost every individual owns a smartphone, it’s impossible to think of a better device to build from to leverage gameplay technology for the better.

That’s exactly the mindset that plenty of Las Vegas casinos have been adopting over the last few years with their introduction of concierge apps. These downloadable apps load right into the palm of any guest’s hand to provide an unrivaled casino–not just a gaming experience–to guests visiting the resorts.

Some of these concierge apps, depending on which casino is visited, come with a number of great options for guests to get to grips with. That could be something as simple as opening and closing the curtains, booking a car to whisk you to a nearby restaurant or booking shows and entertainment for the stay ahead. This all leads to an improvement in the quality of the stay, but it’s the chance to win the stay itself that emerges as the most interesting development.

With some concierge apps–such as the Wynn Slot App–offering players the chance to play slot games for free with real prizes, they’ve knocked the marketing strategy out of the park. All of a sudden, online players are being given something for nothing with the prize being the chance to win free nights at the resort–all by enjoying a free-to-play app.

It’s this new approach that proves one of the most unique technological impacts in the casino industry, and, thanks to apps like this, more people are able to experience the casino world who otherwise would have missed out. Clever work, Mr. Wynn, clever work.

Technology in the gaming industry has come a long way in the last few years, but that doesn’t mean that there’s not much left to come.

VR and AR games, cooperative play and concierge apps may have made a splash in the industry, but these are likely to be just a drop in a vast, deep ocean. There’s so much more capacity available and with gaming providers seemingly switching it up to top gear, we’re expecting to see other enticing new developments in no time at all.