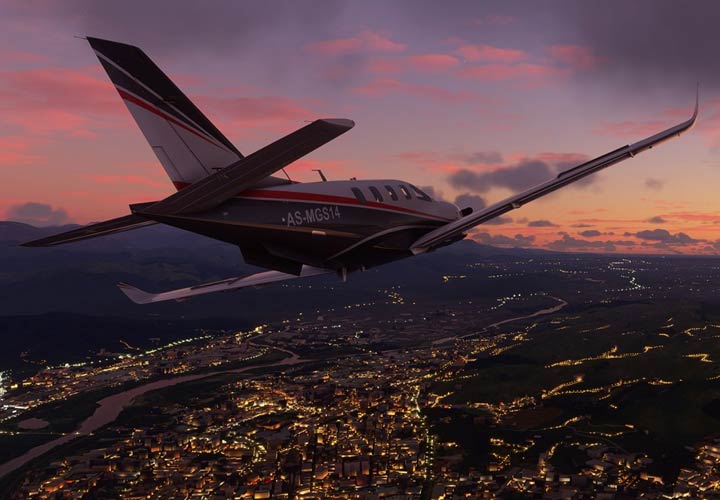 Microsoft on Tuesday launched the newest version of its iconic ‘Flight Simulator video game with features like live weather and traffic, along with a world map for Windows 10 PCs as well as included with Xbox Game Pass for PC.

The 150GB installation of the game reportedly includes at least 37,000 airports, 1.5 billion buildings and nearly two trillion trees along with 2 petabytes of satellite and aerial imagery.

Pilots, aviation enthusiasts, simmers and explorers can take to the skies in Microsoft Flight Simulator, now available on Xbox Game Pass for PC (Beta), Windows 10 PC, and Steam, the company said in a statement.

“In celebration of the return of the beloved franchise, all players will be able to claim a free ‘Aviators Club’ livery set as a special thank you for being one of the first to take flight from now through September 30”.

The new version begins at $59.99 with extra costs for additional planes and airports for both Windows and Xbox, the new live weather feature enables the players to chart their navigation through the skies.

Back in 2006: Flight Simulator X Trial Version released by Microsoft

As the name suggests, this simplistic flight simulator game developed by Asobo Studio is a Microsoft exclusive and the game is available for free if users have an Xbox game pass.

The latest Microsoft Flight Simulator is available in a Standard, Deluxe and Premium Deluxe versions and has been developed by Asobo Studio and published by Xbox Game Studios and is available from Steam and the official Microsoft online store.

The company has added 30 diverse aircraft ranging from single-engine piston aircraft to long-range turboprops, business jets, and airliners. There is also a multiplayer system that allows friends from all over the world to fly together.

“We will continue to update our development roadmap with simulator updates including free world updates, themed DLC bundles, VR and more including all the great content that 3rd party developers have begun to announce will be coming to Microsoft Flight Simulator,” the company said.