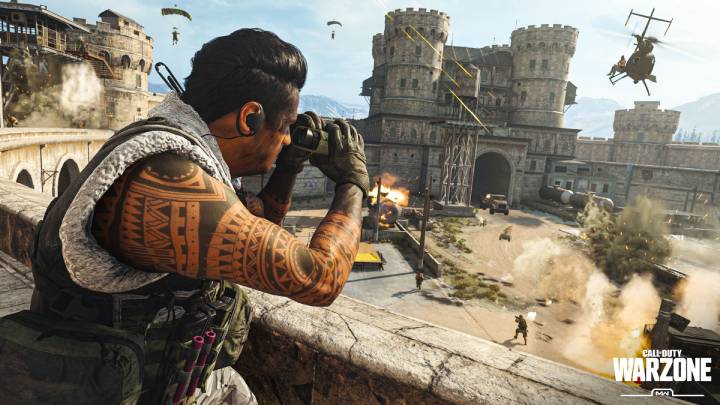 Call of Duty: Warzone has been released worldwide as planned, and the game has managed to reach the milestone of 6 million registered players within just 24 hours of its arrival. The much-awaited free-to-play battle royale game is part of 2019’s CoD: Modern Warfare but does not require you to own the said game. It feeds off the popularity of the battle royale genre in recent years and pits 150 players against each other across two modes.

Achieving 6 million players in 24 hours is quite a feat for a game, even in today’s times. For context, Apex: Legends had reached 2.5 million players in the same span, while it breached the 10 million mark in three days. Fortnite, the other massive battle royale title that had taken the world by storm in 2017 had grabbed 10 million players in 10 days. Kids as young as 12 and 13, who should have been indulging in building computer kits or playing casual games, were roped in easily by this Epic Games title that has so much hysteria surrounding it.

Call of Duty: Warzone has been developed by Infinity Ward and Raven Software, both having worked on multiple Call of Duty games in the past with Activision. It’s an online multiplayer offering that features combat among 150 players set in the fictional city of Verdansk. It’s also a cross-platform title that means you will be matched with players irrespective of what machine they are using to play it. Moreover, it also supports cross-platform progression.

Plunder is the name of the new mode introduced through Call of Duty: Warzone, and it has players searching for stacks of cash scattered around the map, with an aim of grabbing $1 million. Those wishing to indulge in the game can either grab it as an add-on to Call of Duty: Modern Warfare or as a separate client. The PS4, the Xbox One, and PC are the only three platforms it’s available on.

Released last year, Modern Warfare acted as a reboot to the sub-series and was the sixteenth major installment to the main series. It can be purchased now for the PS4, the Xbox One and PC.