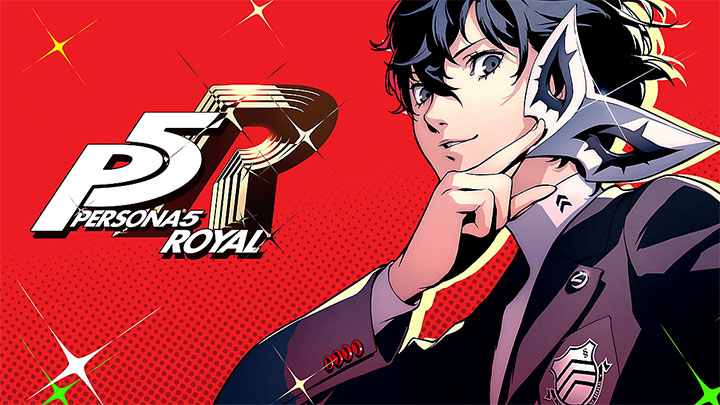 Despite the fact that all modern consoles have downloadable content and a flexible update system via online, Atlus continues to release separate editions of the same game, as if remaining in the era of PlayStation 2.

However, Atlus has always been known for a powerful overhaul of many aspects of the gameplay, complemented by a storyline and other important changes to the content. This time, the developers emphasize that “Royal” arose for a reason and they tried to invest as much as possible in this “remake” of the game. Is this release successful? – We will try to find out in this review!

The first change occurs immediately after the start of the game. The opening screen is completely different and with new music. Shoji Meguro (composer) recorded about twenty additional tracks for the extended edition of the game. In addition, for Persona 5 Royal, developers have created several anime backgrounds for the start and loading screens and introduced many new scenes made on the in-game engine.

Even if you have completed the original Persona 5, you won’t be able to fully apply your old saved game to the new edition of Persona 5. However, the presence of the old saved game gives a bonus of fifty thousand yen, which is a very useful reward for the second run through the extended edition of the Persona 5 Royal. Old save files won’t fit the P5 Royals, since the new storyline runs parallel to the main one and allows you to prepare the way for a new chapter, which begins after the events of the base story. 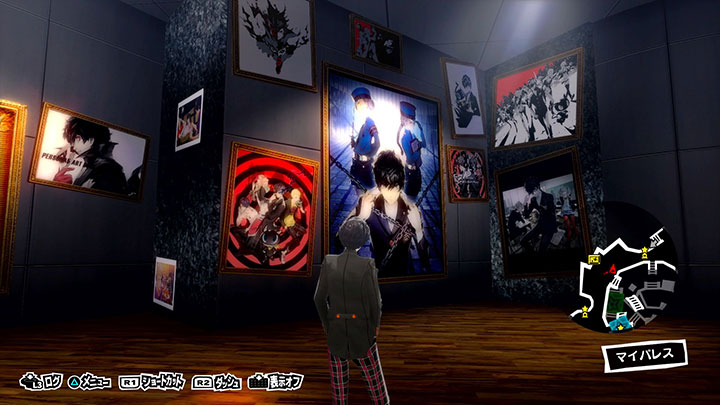 In this re-release, Atlus specialists revised and updated many small details that are so harmoniously woven into the game that it seems they have always been here. For example, in conversations, new emotions appeared on portraits, and when the characters speak on the phone, a pulsating frame with a background is added to their avatar, which emphasizes the fact of remote communication.

Other changes relate to gameplay. Almost from the very beginning, players are introduced to a new gadget – a cat hook. It allows you to cling to special ledges in the areas prepared by the developers and often provides access to alternative routes and secret locations.

In the latter, you can find seeds that come in different colors and re-charge a small part of mana. Almost every palace now has three of these items – sometimes they are guarded by powerful enemies. Having collected all three, you get a valuable accessory or other useful equipment.

At some point, the hook can be used to swap to enemies from a long distance. 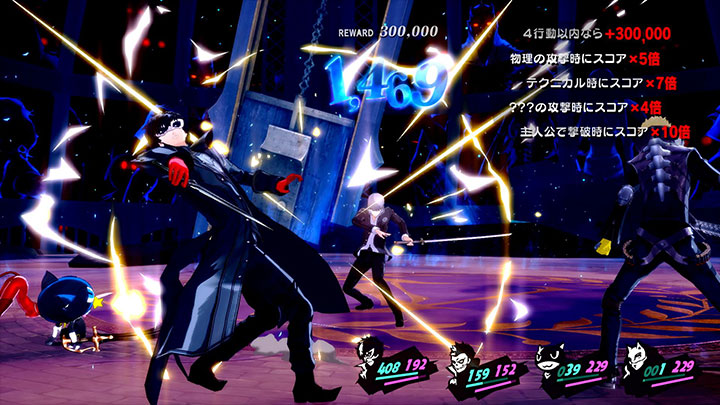 Another novelty offers new combat skills tied to team interactions. In the course of the walkthrough of the game, the characters come up with different joint attacks, which can be implemented in battle. The mechanics is called Showtime and is activated when certain conditions are met. For example, if the enemy and the main character are immobilized, and someone in the team has little health – you can trigger a powerful combo attack with two characters. The animation looks fun, epic and sometimes surreal. All this is accompanied by a cinema-like change of plans and vivid special effects.

It is also worth noting the battle with the owners of the palaces. These bosses received new phases and skills. So, for example, in the middle of a battle with a physical instructor, some characters from his volleyball team appear in the arena, which creates additional dialogs and scenes.

New enemies also present in this edition of the P5 game, which you can get to your collection as a Persona. In addition, the friends of the protagonist were given the opportunity to upgrade their defenders to the third form. They will open in conversations during the completion of a new chapter in the event that your relationship is grinded to the maximum value. The appearance of new Personas in places may resemble the first form, but with a more interesting and original design. 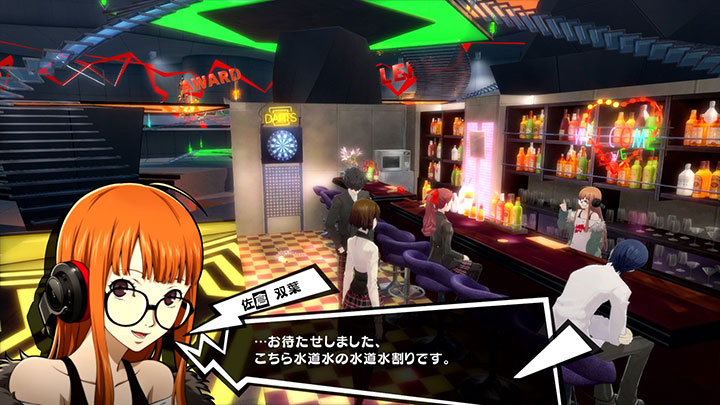 The developers added a whole new Kichijoji district to the game, in which, in addition to shops, a jazz club, and a temple, there is also an entertainment center. Here you can play billiards and darts with friends as well as free slots with bonus rounds

In the same area you can meet Goro Akechi, the storyline of which was slightly changed. It was he who first brings the protagonist to a jazz club. In this institution, they allow you to strengthen the characteristics of the Persona of your partners, as well as get other useful effects. Bonuses vary depending on which day of the week you arrived to the club.

The changes affected the studies of the protagonist. All questions from teachers have been replaced by new ones, but you can still get help from online players. The function does not work during exams, so you need to carefully study the material before starting the event. Using online hints is not necessary, and you can completely deactivate the connection to the server. 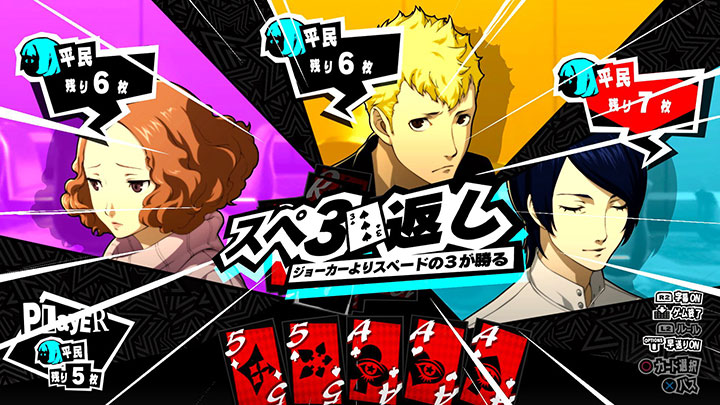 Mementos Palace also updated. In addition to the usual items, in the vicinity of the sinister subway, you can now find flowers and mechanisms. They are directly related to one of the new characters – a strange boy named Jose, who can be found in locations, and gives special items in exchange for flowers. By activating new mechanisms, you get points for which you can increase the coefficient of three indicators: experience gained, money and items. Unlike flowers, they do not reset when leaving the subway. Also, other changes in the metro are waiting for you, which we will not describe, because don’t want to spoil the experience.

Naturally, Atlus did not forget about the new characters. Dr. Maruki, a school counseling teacher and part-time social psychologist who appears after defeating the first boss, has appeared in Persona 5 Royal. It is so logically woven into the original narrative that it seems strange why it was not originally there.

After several meetings, Maruki invites the protagonist to be his assistant. Money, of course, will not be paid, but Maruki will provide mental support to the hero, which is reflected in an increase in SP points. Improving relations with him, the hero receives not only mana growth, but also various other bonuses. Usually, conversations with him are available after school, although scenes with his participation will also be found in the plot.

Another newcomer is an athlete and simply beautiful Kasumi Yoshizawa. A red-haired girl with a magnificent tail appears almost immediately and becomes the object of gossip no less than the main character. When she is in the frame, then everyone whispers around and discusses her achievements in sports, appearance and much more. 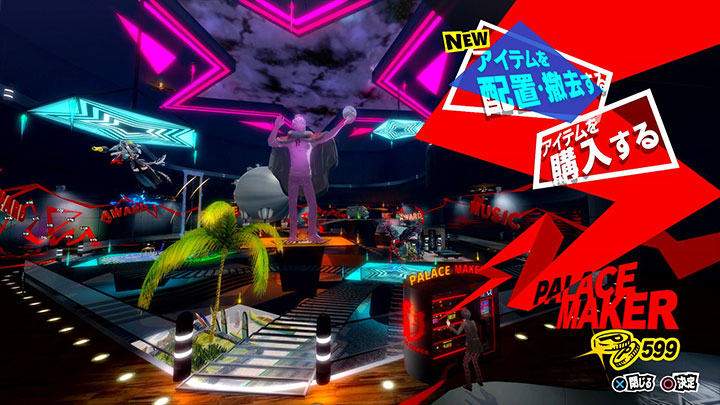 At first, the girl seems very simple – largely due to excessive politeness. However, this erroneous impression disappears after several meetings, when the heroine is revealed from different angles. She will get to the player’s team in a new chapter, but during the basic storyline campaign you will intersect and communicate with her from time to time.

But the most important innovation is an additional chapter, to which the updated game leads from the very beginning. After a long time, the story begins to actively move forward immediately after the celebration of the New Year.

Persona 5 Royal at first glance seems like a vivid teenage adventure with constant jokes, a stylish visual range (now in 4K, only on PS4 Pro) and new costumes for characters. But history continues to touch upon serious and complex topics. The authors observe a fine line between fiction and drama. The new Royal storyline raises questions about accepting life as it is. In this chapter, the heroes are faced with the manifestation of extreme forms of escapism, the suppression of memories and the forcible introduction of happiness to everyone.