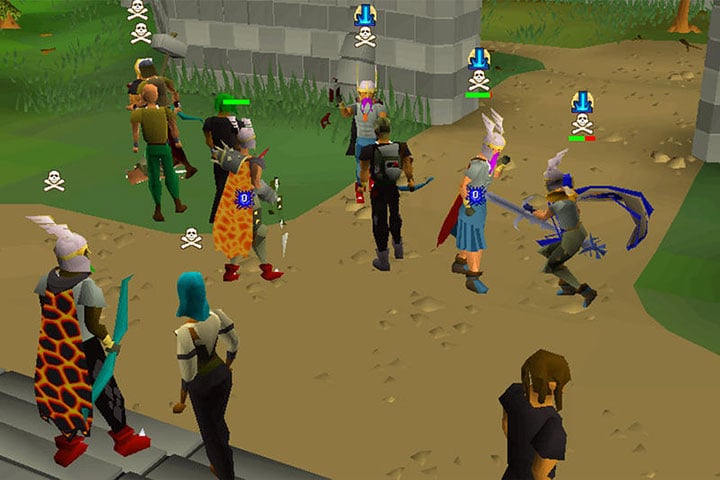 Death is a fact of life, whether it’s real or in-game. It’s unavoidable, no matter how much you try to avoid it. Thankfully, in-game deaths are less punishing than real world—though it will still hurt you. Death mechanics vary from game to game, from experience deductions to losing equipment. Old School Runescape is no different.

We’ll take a look at how death affects the player and their resources (like OSRS gold) upon death.

In-game, death is simply losing all your HP, health, or hearts (depending on what the game calls it). For single-player games, you’d end up with a game over and then have to start from a checkpoint or load a save. Rouge-likes up the ante by making you lose your skills and/or items every time. Some will allow you to retrieve them, others will not.

Multiplayer games are different. There’s usually some period of a knockdown state before respawning. The reason for that is for other players to revive you without the penalties of dying. In MMOs, there’s usually a skill for that, and you can often choose when to respawn. The most usual penalty is an EXP deduction, though some also make you drop items. Old School Runescape is the latter.

In OSRS, death has some pretty complicated mechanics. There is no experience or gold deduction, but you lose all but three of your most valuable items on hand. You may keep one more valuable item by using the Protect Item Prayer.

Then, you’ll respawn at the previously designated point and have an hour to retrieve the items where you died. For instanced deaths, an item reclaimer will appear somewhere near the entrance of the instance. Beware as dying in some instances will automatically destroy your items with no chance of reclamation. If you die again before reclaiming your items, you will have two gravestones. The one with your items will not disappear, unlike in RS3.

PvP deaths allow the one who dealt the highest damage to loot for a minute before it shows up for other people. Any unclaimed items will then disappear after two minutes. However, if you are skulled, you lose all your items upon death. The Protect Item Prayer will still work, which will save only your most valuable item.

The exception to this is safe minigames, where you can die and not lose anything. Your respawn point will also be temporarily relocated to a nearer location for the duration of the game.

You might be wondering about imbued items and untradeable ones. Imbued items will only lose their ‘imbued’ quality in PvP and will have to be re-imbued. If it is one of the three items saved or protected by the prayer, it won’t lose the quality. The exception is the Magic Shortbow (I).

So be prepared for your in-game death and try not to keep so many valuables in your inventory. Take note of everything in this article and you won’t be set back so much when you die. Now, you can be ready whenever the Grim Reaper comes knocking.

Summary: The article details what happens when you die in OSRS. There will be no OSRS gold or experience deduction, but you’ll lose your items. Whether it can be reclaimed or not depends on what manner you died.

Google Chrome OS Will Soon Get A New Release Every 4...

All Of The World’s Data Stored As DNA Would Only Fill...