The following games similar to Baldur’s Gate all ooze with RPG goodness. Although many of them may be of the retro sort, these engaging games still bring to the forefront fun classic role-playing elements that captured the fancy of audiences back in the day. They also come packed with a fantasy backdrop similar to the one witnessed in Baldur’s Gate. So if you’re ready to step back in time and dive into some great gems, we urge you to read on. 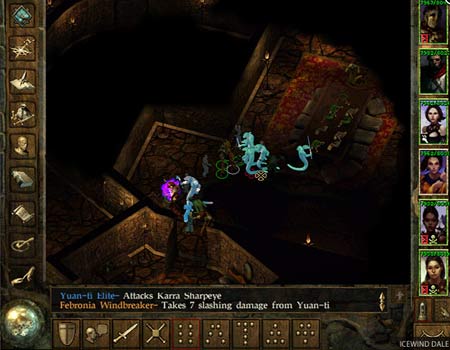 Developed by Black Isle Studios and published by Interplay Entertainment, Icewind Dale graced Windows and Mac PCs more than a decade ago. The name given to this game, in fact, represents the frozen piece of land that’s located in the northernmost regions of the Forgotten Realms.

Here players are called on to foray into a dangerous territory christened as Spine of the World Mountains to tackle an ancient evil menace that plans to let all hell break loose upon Faerun. The journey is packed to the hilt with peril as the path is filled with enemies and fierce beasts. 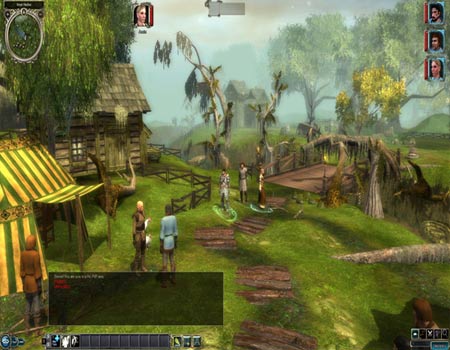 This entrant in our games like Baldur’s Gate roster lets you create fantastic characters by implementing the same Dungeons & Dragon rules. The role-playing treat developed and published by Obsidian Entertainment and Atari, respectively hit the PC terrain in 2006. The sequel to Neverwinter Nights tells the tale of a hero who hails from the small village of West Harbor. The epic story featured in Neverwinter Nights 2 Complete is set against the backdrop of the Forgotten Realms. 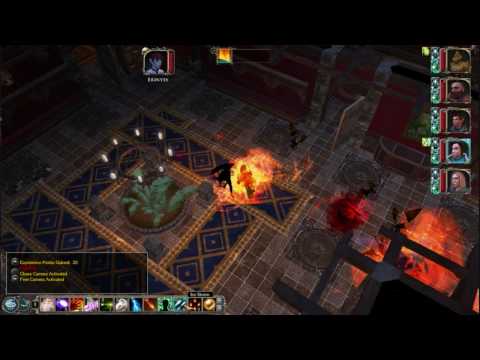 What’s more, you can adhere to the D&D 3.5 rules and take complete advantage of its attributes like spells, classes, and feats. There are also different races roped in here like Aasimar and Tiefling. And since this is the complete version, you can expect to see not only the original title but also a trio of expansions such as Storm of Zehir, Mask of the Betrayer and Mysteries of Westgate. 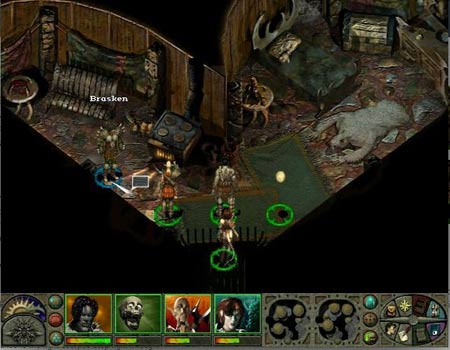 It’s now time to step into an enthralling story that’s fitted with exciting RPG elements, gripping dialogue, and professional voice acting. Get ready to explore the vast confines of the Planescape universe that are never short of heroic exploits, crusades, mysteries and treasures that would keep any adventurer occupied for hours on end. 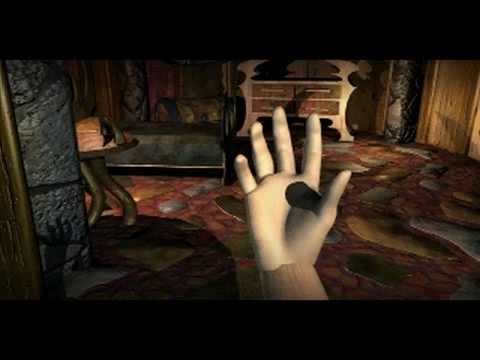 Developed by Black Isle Studios and published by Interplay Entertainment, Planescape: Torment released for the Windows PC in late 1999.

4 – Arcanum: Of Steamworks and Magick Obscura: 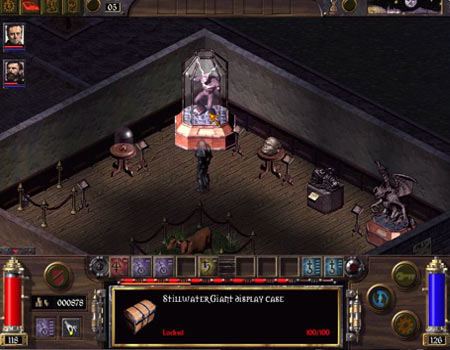 Published by Sierra Entertainment, the next inclusion in our Baldur’s Gate alternatives roster gripped fans with its engaging RPG elements and other interesting features more than a decade ago. It transported them to a unique steam-punk universe where technology and magic coexist. This means any hero who is brave enough to enter this domain may wield both a flaming sword as well as a revolver. Arcanum: Of Steamworks and Magick Obscura incorporates single-player and co-op modes and also boasts of proffering a nonlinear storyline that involves the likes of humans as well as orcs, elves, and dwarves. The protagonist can opt to side with either good or evil and can complete quests by dabbling in duels, bribes, and negotiation. And as the developer reveals, the large map is filled to the brim with over 300 monsters and characters as well as various alternate endings.

5 – The Temple of Elemental Evil: 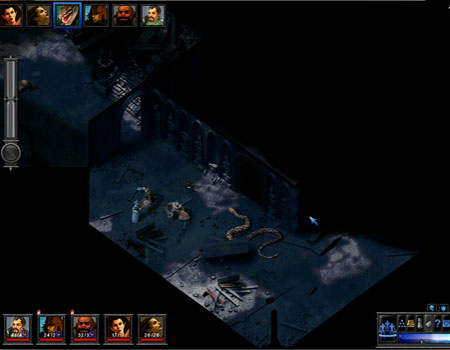 This classic RPG Grayhawk adventure employs the D&D 3.5 rule set and is filled to the brim with a plethora of magical items, hideous monsters, spells, and dangerous feats. You’re called on to witness the reemergence of an evil demoness and her cult.

You can form teams comprising of up to 5 players and up to 3 NPCs with a total of 9 starting points. Released nearly 10 years ago, The Temple of Elemental Evil was published by Atari also featured turn-based tactical combat. 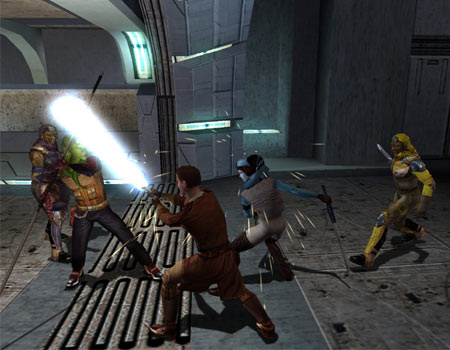 We now shed light on a couple of interesting games that stray slightly away from the whole D&D essence but still retain the overall RPG flavor. And if you’re a fan of this genre, you’ll surely love what we have in store for you here. This contender in our games like Baldur’s Gate round-up lets you create your very own customizable character from a selection of 9 options which include the likes of Wookiees, droids, and Twi’leks.

You can also get behind the wheel of your very own star-ship called the Ebon Hawk and explore 8 huge locations that are plucked right out of the Star Wars universe namely, Kashyyyk and Tatooine. What’s more, you’re in charge of your destiny here. Will you become the savior of the Republic or join forces with the dark side? 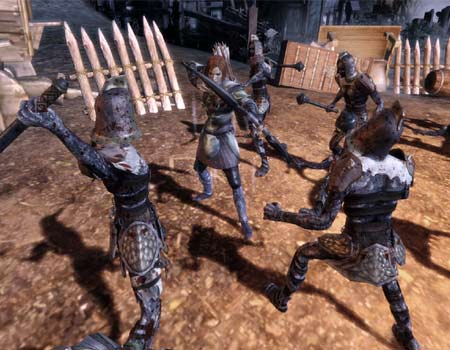 Looking for something a bit modern than the ones presented in our lineup? Well, in that case, you’ll certainly appreciate this final option we’ve roped in for you. In Dragon Age Origins, you get to step into the shoes of a Grey Warden who must unite the lands and battle against the corrupted dragon called the Archdemon. 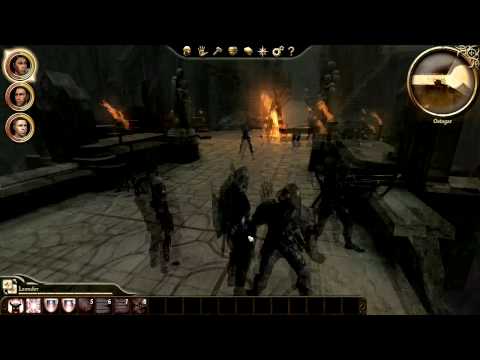 You’ll have to make ruthless decisions and even sacrifice loved ones for the greater good of the cause at hand. Dragon Age Origins was unleashed in 2009 for the PC, PS3 and Xbox 360 consoles.

Baldur’s Gate took the world by storm with its classic RPG elements, interesting characters, engaging gameplay, and captivating storyline. Developed by BioWare, Baldur’s Gate forayed onto the scenario 15 years ago. And much to the delight of many BG fans, developer Overhaul, and publisher Atari released an Enhanced Edition just last year. This new bundle comprised of the remake as well as its expansion called Tales of the Sword Coast.

Now if you’ve already completed all the Baldur’s Gate iterations as well as the Enhanced Edition, then we suggest you turn your sights to the aforesaid games similar to Baldur’s Gate to satisfy your fantasy role-playing cravings. Did we give any of your favorites a miss? Well, do leave your comments in the box below.