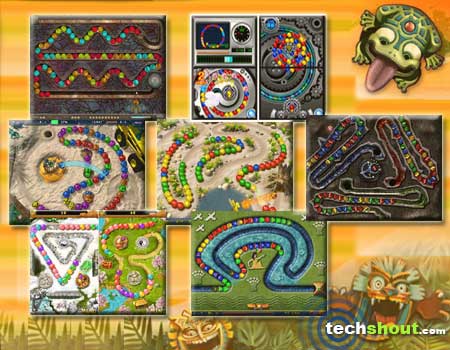 Games like Zuma can get you engrossed in their fun elements within no time. For years now titles like Tetris, DX-Ball and Bejeweled have been held responsible for many a sore finger or limb. Even the name in question here also had fans of the match-3 genre engaged in play for hours on end. Now if you’re looking for other titles that mirror the same concept, then you’ve come to the right place.

All of the following names allow you to shoot different colored balls at a mishmash of orbs drenched in assorted hues. Match the shades and the set disappears from the screen. Nothing out of the ordinary or some notion you aren’t familiar with. So if you’re rubbing your palms together, itching to try out similar titles, read on and acquire the lot. 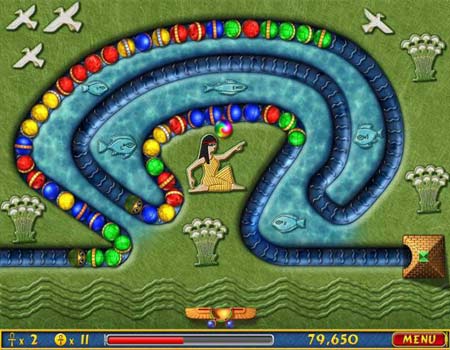 This multiplatform series comprises of tile-matching action puzzle games. Developed and published by MumboJumbo, it first grabbed eyeballs with its initial release in 2005. By throwing one glance at the name given to this series, you must’ve already realized that it’s got something to do with ancient Egypt and elements plucked out of that era.

Here you’re called on to fling colored spheres at the approaching lineup of orbs creating matches of 3 or more. The aim is to stop the snake line from reaching the pyramids which is located at the end of the path. 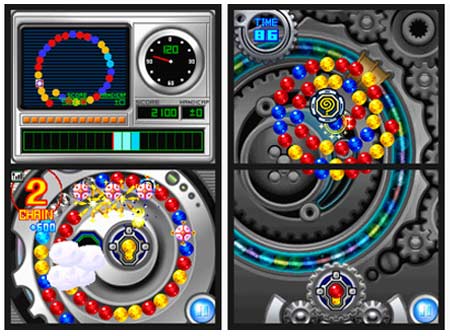 Also known as Actionloop to fans situated in Europe, this entrant in our games similar to Zuma roster is available for the Nintendo DS and Wii consoles. If you possess the former system, you can exploit the stylus to flick marbles across the duel screens in order to eradicate the progressing line of orbs. And similar to the title in question, it employs ultra-realistic magnetic physics which means the marbles will roll back and attach to like-colored balls.

There are 3 single-player modes available here namely, Quest, Challenge and Puzzle. What’s more, you can even go head to head with a pal and see who emerges victorious. The gem also includes single-player items which help reverse the course or boost scores, and versus weaponry like Recoils, Ion Clouds, Black Holes, Gravitons and Viruses. 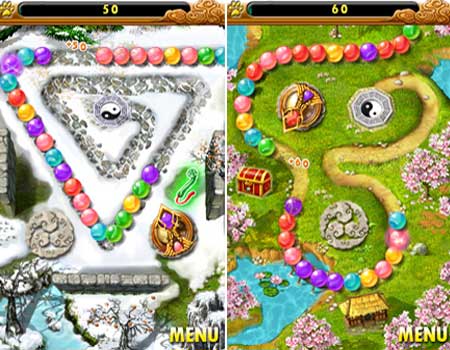 Here you must create combos and chain reactions by tossing similar colored marbles at the long line of orbs. The title transports you to a beautiful Zen garden where you can indulge in 90 challenging levels. Packed with intuitive touchscreen controls, it also comes complete with 2 types of modes namely, survival and adventure as well as a handful of bonus levels.

You can employ chutes to get perfects shots and even bounce the marbles off walls to acquire bonus points. It’s available for portable devices like the Kindle Fire, iPhone, iPod touch, iPad and Android-infused gadgets. Although you’ll have to shell out just under a dollar, there’s also a free version up for grabs on the Apple App Store. 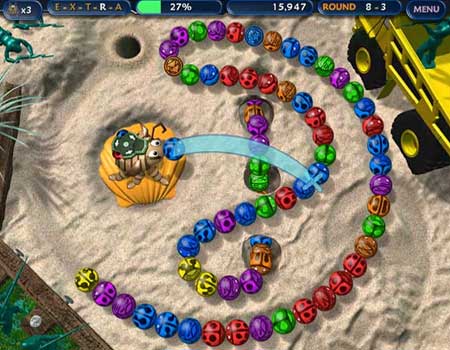 This inclusion in our Zuma alternatives array takes you to a dark lair in Any Backyard USA where Evil Black Bugs creep around. It’s up to you to save your beetle friends from being slaves of the former by matching beetles of the same color. You can further take complete advantage of Ballistic Bugs as well as shoot from different angles by toggling between multiple platforms.

This exciting title can be picked up from the Apple App Store absolutely free of cost. It’s also available from the Mac OS X and PC platforms. There’s even a sequel to the same in case you absolutely relished this one and hungry for more. 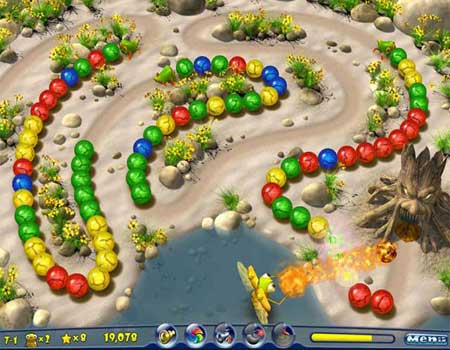 The action puzzle title comprises of 109 scenic levels that allow you to get rid of similar colored orbs all at once. You can use Buka’s weapons to fireballs of light at the target and match 3 or more hues to make them disappear. You must clear all the orbs before they reach the Dungeon of Darkness.

Your aim is to return sunrise to the Kingdom of Light by freeing all the butterflies and dethroning the Prince of Darkness. There are 15 types of butterflies to free as well as 3 gameplay modes to try out here. 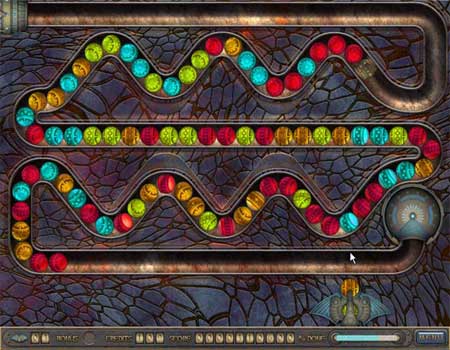 From picturesque gardens, we now take you deep beneath the blue waters. This contender in our games similar to Zuma roundup puts you into the shoes of an explorer who must unlock the secrets of the lost city. The title is filled to the brim with 81 enticing levels that involve matching colored orbs. You can create personalized player profiles and take full advantage of the save features that allow you to pick up from where you last left off. And once you conquer these levels, you can complete more than 100 stages in Atlantis Sky Patrol which boasts of a 2-player option, unique upgrades and mini activities. 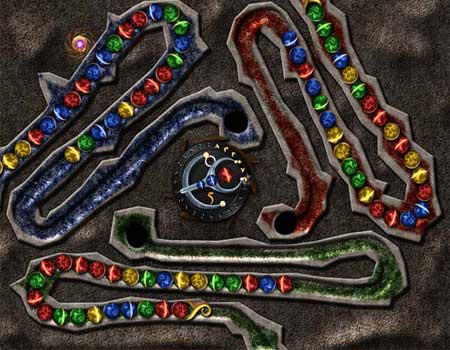 ‘Can you bring the light back?,’ quips the brains behind this engaging endeavor. Well, you can try by using the orb slinger to match 3 or more balls and make them disappear. During your stay here, you can earn powerups and amulets that should help you in your quest.

The title is infused with a trio of modes namely, Challenges, Quest and Survival as well as a colorblind mode. And besides the PC, you can enjoy this one via your iOS device after parting ways with just under $3.

Is that revolving frog and a whole bunch of moving colored calls all you can think of during the day? Well if you’re a fan of the title in the spotlight here, you’ll definitely agree with us. And why not? The addictive gem is certainly fun to engage in and extremely hard to put down. Whether you’re on your PC, laptop or on the go, tackling those puzzling levels seems to be a great stress buster.

Now if you’re looking to stray away from the virtual amphibian and try out similar treats, we suggest you pick up all of the aforesaid games like Zuma. Have a few caught your attention yet?