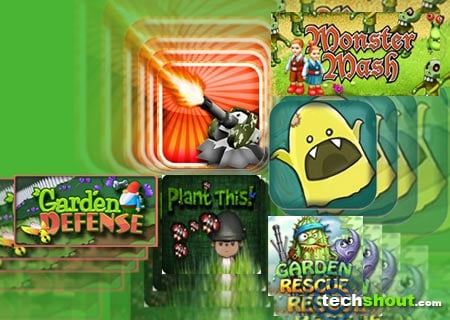 Tower defense enthusiasts will surely love games like Plants vs. Zombies, especially if the titles incorporate familiar gameplay elements. And that’s precisely what they can expect from our list. Emerging from the house of PopCap Games, Plants vs. Zombies has invaded various platforms since its release in 2009. From PCs to consoles to portable devices, the defensive vegetation and relentless undead have captured many hearts all across the gaming terrain. For your benefit, we have sailed across the virtual sea and anchored ship here, only to share our spoils with you. So without further ado, here’s the treasure chest we’ve found. 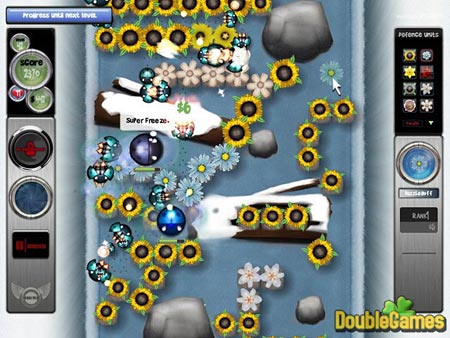 Our first option is dubbed Plant This!, this game also calls on players who possess a green thumb. And you’ve probably guessed it right. The title is very much set in a beautiful garden background and involves some nasty critters and of course, amazing flowers. Instead of fending off waves of mindless menaces, you will have to face a mischievous gopher who threatens to destroy your wonderful greenery by unleashing his wrath as well as some evil minions.

In order to successfully stop these creatures, you’ll have to form a labyrinth and speckle it with tons of flowers that possess magical powers. You can expect to see loads of fun levels and challenging puzzle stages emerge from this one. It also comes splashed with vibrant artwork. 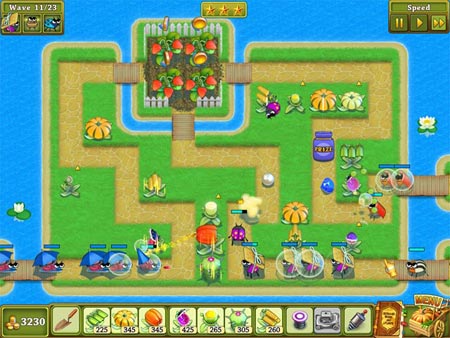 The next title in our games similar to Plants vs. Zombies roster is Garden Rescue. And going by the name, you rightly perceived that we’re still dabbling with the mean-green sort. The once peaceful garden is under attack by a nuisance of deadly proportions. Now, it’s up to you to call on the various plants that reside within the safe confines of the garden, to fight off the hungry creepy-crawly sort.

While you’re busy defending the tiny motherland from the evil forces, you can even earn coins, place more plants at strategic places and upgrade your garden. There is a trio of difficulty levels to avail of, so whether you’re a novice or pro, you’ll still want to give this game a go. The title is further sprinkled with dynamic gameplay elements and colorful graphics. 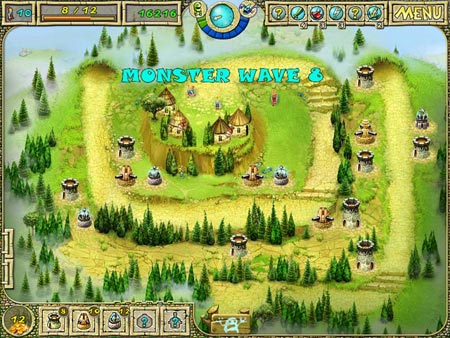 Monster Mash transports players to Curly Valley, where the inhabitants are plagued by hoards of strange yet quirky monsters. These foreign invaders can only be kept at bay by utilizing cunningness, wit and might. Aid the vulnerable villagers by setting up various towers, weird defensive armaments and other useful upgrades. The title also features 25 increasingly powerful tower upgrades as well as awesome power-ups to help you defend this domain against the invaders. The interesting tower defense action can be seen played out through 9 epic scenes, all of which are doused in a unique storybook style artwork. Players beware: the Pinchy Anklecrimper is out to catch your ankle. He could be hiding in your winter boots or even under your bed. 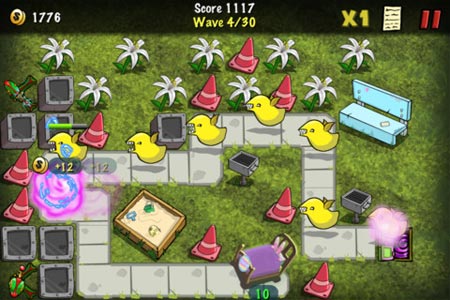 According to the creator of The Creeps!, ‘there are Creeps living in your closet.’ And from the looks of it, it seems like these ghouls have even invaded the portable space by jumping onto the Apple App Store. In this Plants vs. Zombies alternatives array entrant, the ‘creeps’ are disguised as ghosts, aliens, zombies, dinosaurs and other specimens of the scary sort. Your only weapons against them are glue bottles, boomerangs, flashlights and toy blasters.

Further aiding you in your endeavor is the ability to call forth an enormous arachnid and a UFO to slow the foes down and drain their energy, respectively. There are 11 free levels dipped in a variety of themes as well as 30 levels complete with 3 themes and 3 game modes. The Creeps! now gives you an opportunity to get even and exact revenge on all the things that go bump in the night. 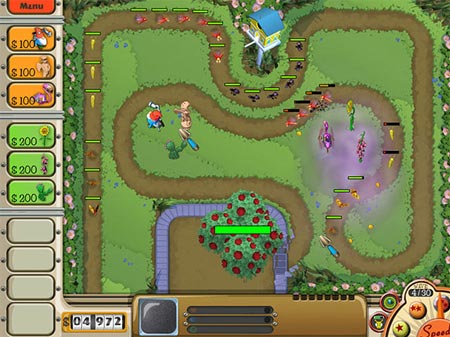 After conquering creepy closets and aiding brave villagers, we now foray back to the greens in Garden Defense. Here, the citizens of Lindencroft need your help in fighting off persistent flower gobblers who are terrorizing the Smiths and the entire neighborhood. You must place different items like bug-repellent plants, lawn ornaments and other interesting inventions around the garden.

In this game, you’ll be pitted against both crawling insects and flying fiends. And when you successfully defeat the wicked waves, you’ll be showered with money with which, you can add more defenses and even upgrade the ones you currently have. There are loads of challenging battles and a wacky arsenal of defenses all wrapped up neatly in one addictive family fun pack. 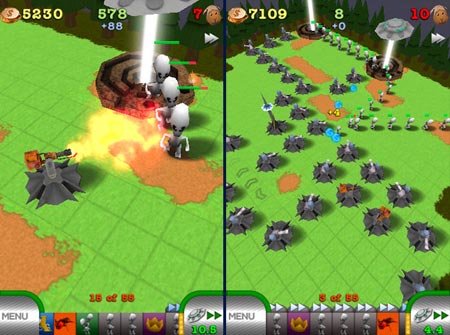 Another noteworthy mention in our games similar to Plants vs. Zombies lineup is the tower defense strategy title christened TowerMadness. In this gem, you are tasked with protecting your sheep from becoming intergalactic scarves by evil aliens. And although the foes are plenty with 17 enemy types to tackle, you can arm yourself with a deadly arsenal that includes 9 standard weapons and respective upgrades.

The developers of the game have also thrown in 56 built-in maps, 28 expansion maps and even an Endless mode which pits you against a tireless number of foes. iPhone and iPad owners who simply love tower defense games can take advantage of TowerMadness directly on their devices through the Apple App Store.

The zombies have succeeded in their mission to get to your brains and that’s why you’re here, looking for games like Plants vs. Zombies. While some titles enjoy attention from PC players, others garner the interest of portable gamers. Yes, we know that PVZ has the adorable undead but if you give the aforementioned a try, you’ll see that each of them has their own captivating attributes to offer the casual gamer. Do let us know which ones you picked among our compilation.