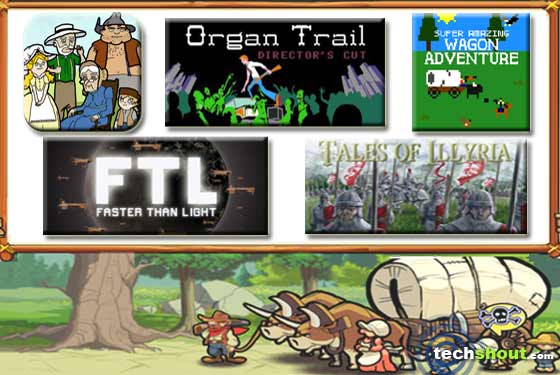 Games like Oregon Trail are very rare indeed. Finding something that’s crafted exactly in the likeness of the title in question is a daunting task. However, don’t lose hope just yet. There are a handful of treats out there that have been sprinkled with familiar elements. Some of these features may include road tripping, supply management, decision-making, hunting for food and death by diseases. What’s more, a few of the games listed here also make it a point to include the iconic covered wagon. So if you’re ready to check out the different options, we suggest you read on. 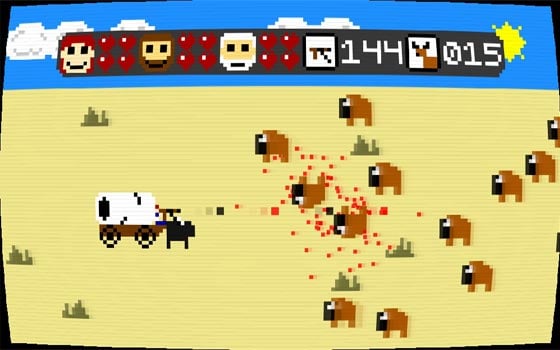 Wagon? Check. Migrants traveling west? Check. However, the long wagon trail west is not how you remember it, according to the brains behind this endeavor. The fast-paced 2D shooting game lets you guide a band of 3 individuals whose appearances and names can be completely customized. Here you’ll be bombarded with spectacular scenes that can change every 3 to 30 seconds. They even comprise various obstacles and hurdles like spiders, snakes, fire, bandits, avalanches, bears, buffalos, scorpions bandits and sharks. 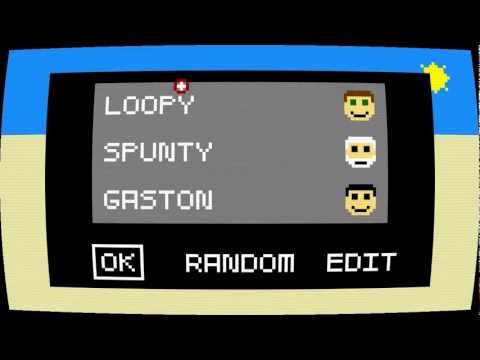 On successfully completing engaging events, you’ll be endowed with new types of wagons that bear special features and weapons. And if one of the members happens to die along the way, they remain dead till the game ends. It only takes 10 minutes to complete the whole game however, things like high difficulty, random scenes, survival modes, and unlockables manage to draw your attention a lot while longer. The title is available for Windows PC and Xbox 360. 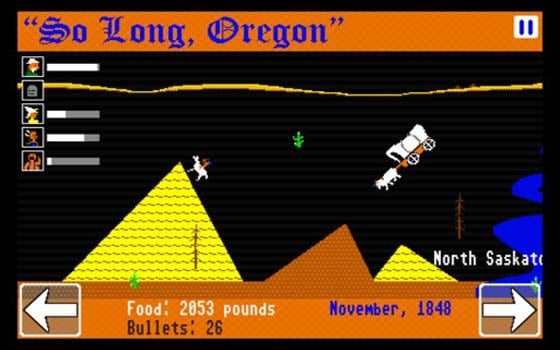 As the developer reveals, this entrant in our games similar to Oregon Trail roster is noted to be a fun title that’s based on American history. Here too you get to drive your wagon all across the American West. But in this rendition, you can end up rich by heading south in search of El Dorado, the ancient lost city of gold. Your vehicle of choice is an 1840 Pennsylvania-built Conestoga wagon whose top speed clocks in at 15 miles/day and is pulled by an ox. Your family comprises individuals known as Pa, Ma, Poubelle, John-boy, Zeke, Twofeathers and Carlos. 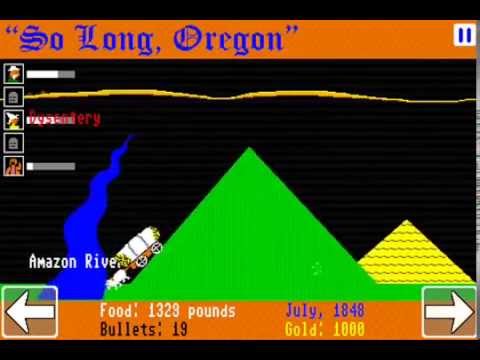 The title features 4 challenges which include the Historical trail for those of you who aren’t looking for the shiny sort. There are also 5 diseases that are set to plague your kin during your stay here. Finally, you can pick up the game absolutely free of cost for the PC while the iOS and Android device versions can be acquired via Google Play and Apple App Store, respectively by shelling out just under $2. 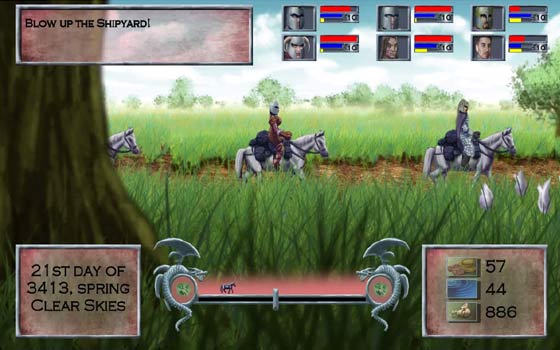 What do you get when you mix the title in the spotlight here with RPG elements and the ability to forge your very own destiny? Well, the answer to that query is staring right back at you. This inclusion in our Oregon Trail alternatives array boasts of proffering more than 20 hours of gameplay, 6 graphic environments, 700 unique encounters and around half a dozen kingdoms that include over 40 castles, villages, and cities. The exciting amalgamation is also packed to the hilt with shops, spells, monsters, equipment, and melee fighting styles. 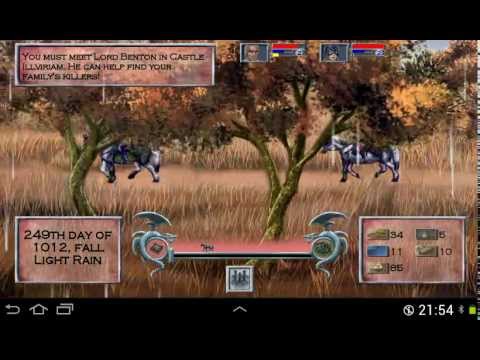 The storyline even plays out according to the decisions you make. The members of your troupe each possess a unique personality which means they’ll react differently to scenarios such as running out of replenishment or falling ill. You can expect to see bits of real-time and turn-based tactical combat embedded here too. This title is priced at just under $5 and can be obtained for Android gadgets. 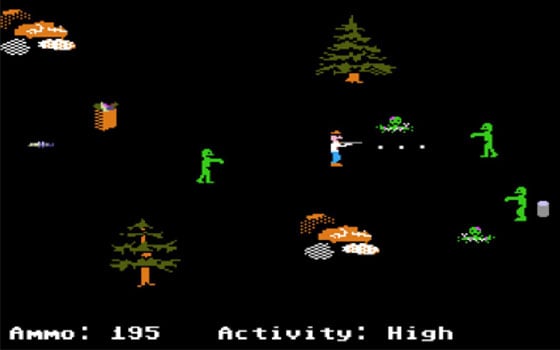 No, this isn’t a spelling error. Organ is exactly what you read. Wondering what’s in store for you when you explore deeper into this particular contender in our games similar to Oregon Trail roundup? Well, the retro zombie survival title lets you ride the westward lane sitting in the driver’s seat of a station wagon. With 4 pals as a company, you’re required to scout the area for supplies and manage your fuel, ammo, and medkits while keeping the mindless menace off your backs. The members of your group can be christened after anyone you wish and can be affected by one of the 10 diseases or even infected by a zombie bite. 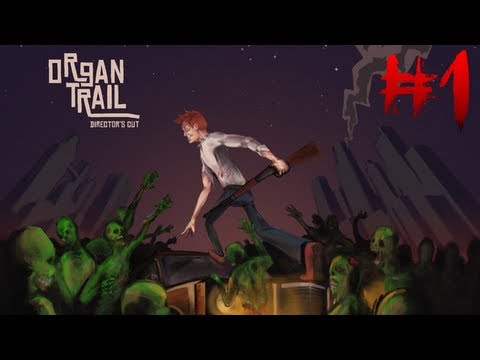 Complete with choose-your-own-adventure style elements, the title also includes stunning retro visuals, 28 achievements, a day-night cycle, a weather system, zombie boss fights, and car upgrades. Priced at just under $3, you can acquire this treat on a plethora of platforms such as Linux, Mac OS X, and Windows PCs as well as Android and iOS devices. 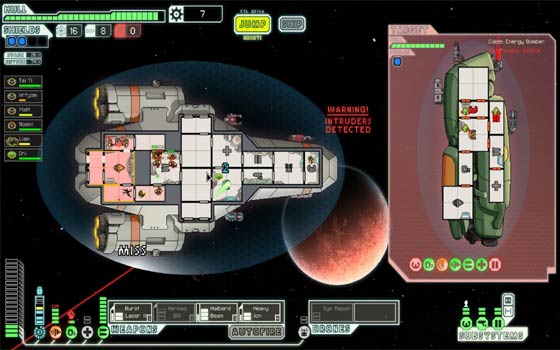 FTL is what you get when you attempt to mix the enticing elements of OT with a space theme. Our final mention is a spaceship simulation roguelike-like delight that lets you and your motley crew embark on an adventure that expands across a randomly generated galaxy. The title is filled with complex strategic gameplay, unique lifeforms and technology, and Permadeath which means there’s no room for error or second chances. Created for Mac OS X, Windows and Linux PCs, the Steam price tag reads as $4.99 while the GOG counterpart proffers the same at $9.99.

Right from 1971, the title in the spotlight here has managed to ride its way into the hearts of many who spent hours on end sitting at their Mac, Apple II, and Windows computers indulging in scenarios that are centered around 19th-century pioneer life in America. They had to deal with all the intricacies involved in traveling from one place to another which include things like hunting, purchasing supplies and even dealing with death caused by dysentery, measles, exhaustion and snake bites.

After the fifth edition was unveiled in 2002, the engaging retro title was brought back to the forefront for the DS, Wii and portable devices like Android, iOS and Windows Phone in 2009. Now for those of you looking for games like Oregon Trail, you can check out The Amazon Trail and The Yukon Trail which bear quite a few similarities to the title in question. However, the duo released nearly 20 years ago. So if you’re scouting around for newer delights, well you can take your pick from our aforesaid list of recent goodies. Don’t forget to pen down your thoughts in the comment box below.