Games like Mafia have been around for quite a while and practically everybody must have, at some point in time, tried their hand at Grand Theft Auto. Speaking of that series, we’re not judging even if you haven’t dabbled in the earlier iterations that had a GPS-like top-down view. But anyway, there are several out there that give you a similar shot of adrenaline boost while roaming around city or country environments, committing crimes without a care in the world. But of course, you could also go down the ‘good’ hardworking path, although most encourage some form of criminal behavior. 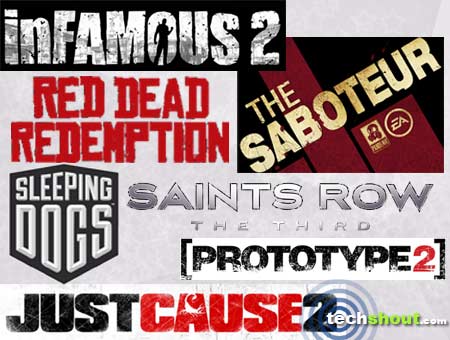 So what games exactly can you expect to find packed into this list? Well, here we focus more on a third-person perspective and not so much on the gangster angle. The games must have an open world where the player is free to roam around. What about side missions and things like that? Those aren’t necessary criteria, but will definitely be a bonus, as they take away from the (sometimes) monotonous quest of completing mission after mission. These can include anything from playing darts with Roman on an evening out to settle for a drink at an old saloon in a town where everybody owns a 10-gallon hat. 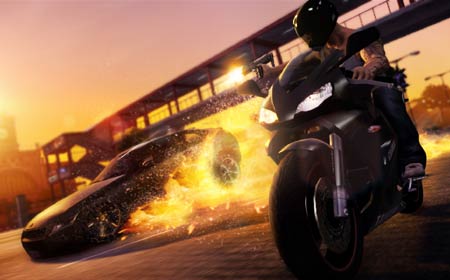 Sleeping Dogs features a unique blend of these elements, putting gamers in a position where they must play for both sides of the law. It actually began as a reboot of the True Crime series and was picked up by Square Enix after Activision abandoned the project. 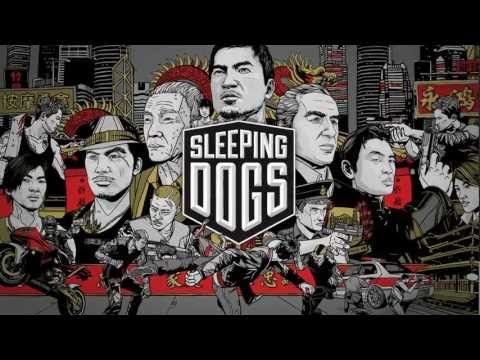 As the main protagonist Wei Shen, players go undercover in an attempt to infiltrate the triads in Hong Kong. What’s great is that it allows gamers to complete the main story at their pace, with the option to engage in various other activities, both legal and illegal. Unfortunately, there’s no multiplayer dimension to gameplay. 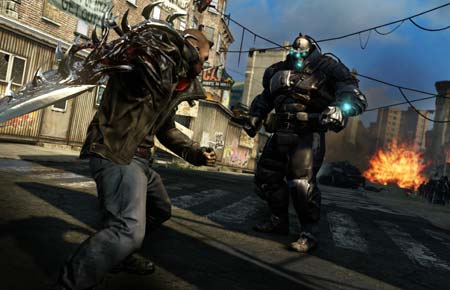 Released in April 2012, Prototype 2 shifts focus onto a new face. James Heller picks up where Alex Mercer left off, in an attempt to eradicate the Blacklight virus. But there’s also a sub-plot on his mind – to find and kill Mercer for his role in the outbreak which led to the death of Heller’s family. 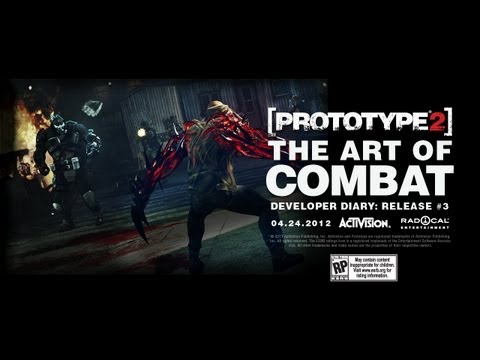 As with the first, this one of the games similar to Mafia also allows you to do your own thing if following the story mission gets too involved or challenging at any time. New warfare is introduced with players being able to use parts of heavy machinery in their arsenal and turn an unsuspecting human into a ‘bio bomb.’ One thing is for sure, the action is heavy and enemies can come at you thick and fast. 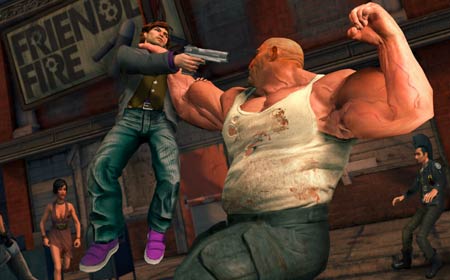 Developed by Volition, Saints Row: The Third takes place in Steelport, thrusting you into a gang war that can get so outrageous that story and visuals take a back seat to open-world fun. When the insane killing gets too much, you can pop into a speedy ride and just barrel down highways with your foot planted firmly on the gas or take out the odd pedestrian.

There is a leveling system with which the player can spend money to attain skills and take their character’s abilities further. Fortunately, a co-operative multiplayer mode adds another dimension to the title. 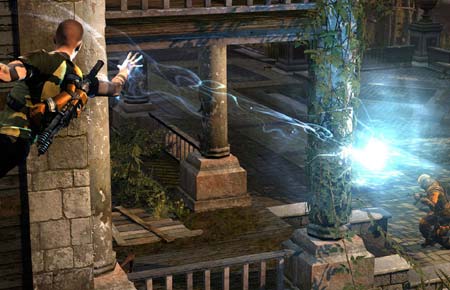 Sadly the next one on our list of Mafia alternatives is a PS3 exclusive and a sequel to the 2009 title that introduced us to Cole MacGrath and his super-human powers. This one-ups the ante and gives our electrifying hero a few new powers, which makes for really much more explosive gameplay. 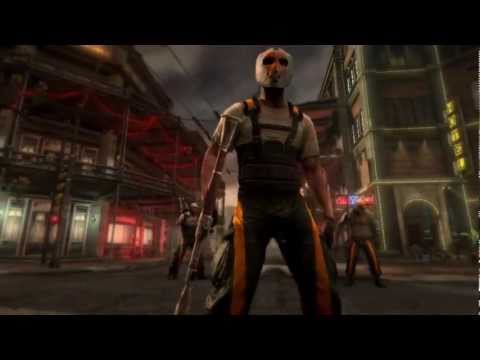 Even the storyline gets more complicated and convoluted with characters dropping in and out. Lastly, the moral choices from the first carry over to the second in the sense that players will get to decide their own fate and the fate of the world. Whatever the outcome, this makes for one hell of an experience! 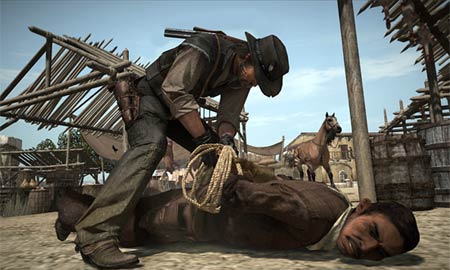 Here is another sequel, although it takes place at a time when petty quarrels were settled with good old gunfights. Once again, gamers are given the option to freely go anywhere, on horseback. They can frequent taverns and a variety of other side activities have been included so as to break up the monotony of staring out into the barren environs of the Wild West in the searing sun. 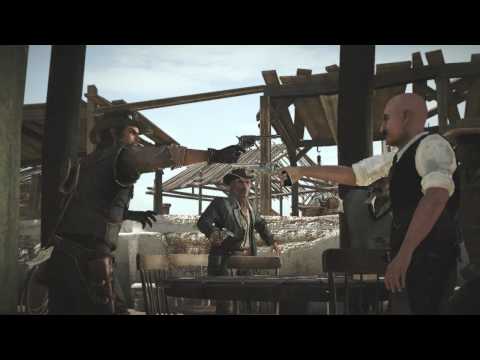 There’s even a system that dispenses morality letting players choose to grab for themselves or help out individuals in need. So if the familiarity of futuristic and modern settings is too much to handle, kick back at an old West saloon with a shot of something strong enough to rough up a horse. 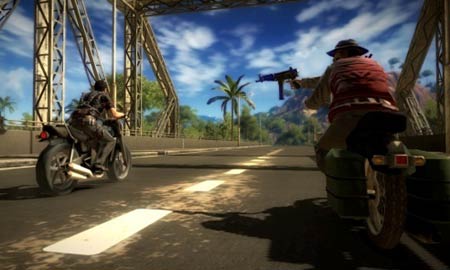 From Avalanche Studios and Eidos, Just Cause 2 is set on the opposite side of the world from the first and features Rico Rodriguez, this time with one eye on destroying a dictator’s stronghold on the island of Panau. Your progress comes in the form of ‘Chaos’ earned by destroying government bases, completing missions.

A slightly vertical element is also thrown in, with the grappling hook and the parachute combining well for a fresh perspective. You should try out this one on our games similar to Mafia roster only if you like the action to come at you hard and fast, and if the odd conspiracy is what keeps you going. 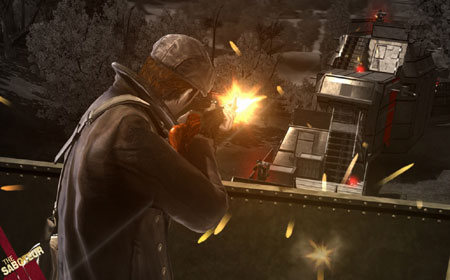 And if you want a touch of yesteryear, then The Saboteur is just the free-roaming action title for you. Set in the 40s, it has everything from bad accents to fast cars on terrible roads and the discord of the times mixed in. 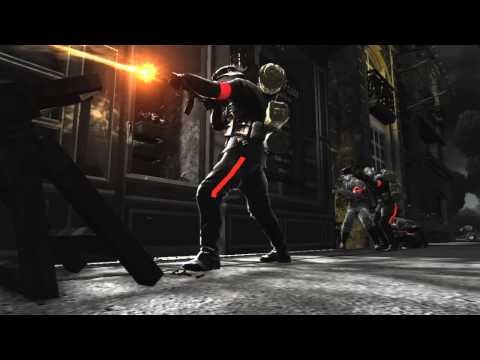 Unfortunately, those looking for a stealthy experience will be left fuming, as the element of cover is not deeply entrenched into the game. But all in all, it should provide a look into Nazi-occupied France, as you bring the color back into the city.

Just a tiny mention here; the upcoming Watch Dogs which was debuted at Sony’s (not quite) PS4 unveiling will also fall in this category. But we’ll have to wait a considerable amount of time to play that one, considering that it will only get a holiday 2013 release (if it doesn’t get pushed back).

Ok, we give. We said we wouldn’t mention GTA, but if you haven’t played the latest, then what are you waiting for? It has a massively large world to explore and equally numerous activities to engage in. There are even follow-up standalone episodes, one focusing just on a notoriously grungy bike gang and the other on Dominican drug dealers. Make sure you check that out if you haven’t already.

Games like Mafia may be a dime a dozen today, with the number steadily increasing, but the ones found here should captivate you if nothing else. They provide not only the ability to make choices and jump into the story at a player’s leisure but also the full-blooded action and gritty nature of both the realistic and the inane, some choosing to have a bit of humor splashed around. Let us know which game you hold in the highest esteem, and which you’d rather keep coming back to for whatever reason.