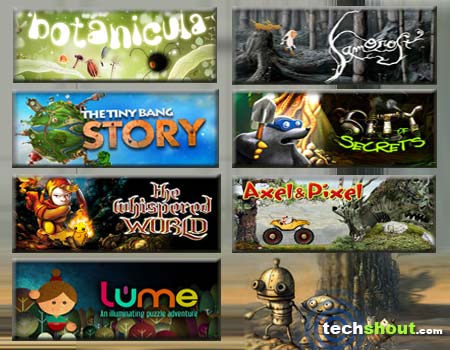 The games like Machinarium strewn across here allow you to engage in complete puzzling bliss. You can kick back and relax with the handful of titles that are blessed with tons of challenges dressed in various difficulty levels. And if that wasn’t enough to satiate your brain-teasing appetite, these options also include fantastic graphics as well as foot-tapping sound bits which make them all the more interesting to interact with. Point-and-click adventures such as the one in question have always intrigued many a player throughout the years. So why not explore a whole bunch of them that might just get you hooked onto the genre if you aren’t already? 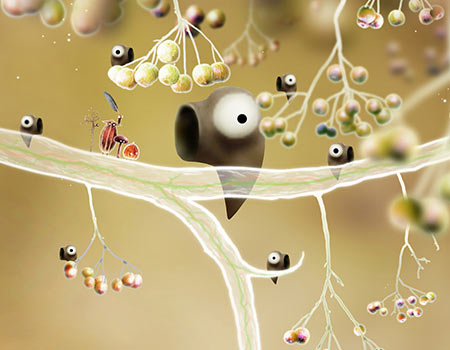 This point-and-click exploration title is the brainchild of Jára Plachý and Amanita Design, the same company that gave us the engaging puzzler in question. The story follows the escapades of 5 pals who are all guised as tiny tree creatures. They embark on a fantastic journey to rescue the last seed. However, this final ray of hope lies within their home tree which is now overrun by evil parasites. 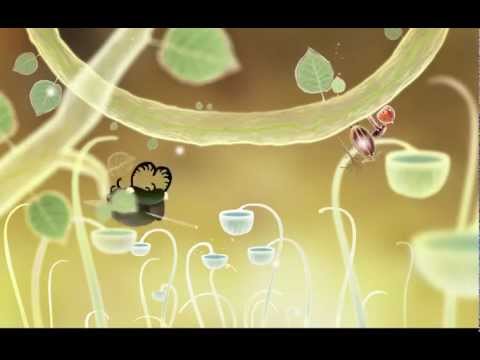 And much like the title that’s in the spotlight, this one too presents no written or spoken dialogue. Besides just being visually pleasing, it also provides aural bliss with its original soundtrack and sound effects that have been given by the Czech band DVA. The gem is now available for Windows, Mac OS X, and Linux. 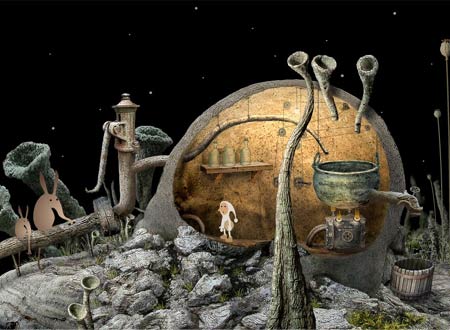 Here’s another one from the makers of Botanicula. The entrant that’s roped into our games similar to Machinarium roster is noted to be the sequel to the free browser-based title called Samorost. It released around 8 years ago for Windows, Mac OS X, and Linux. The short point-and-click adventure calls on all your PC players to come to the aid of a tiny space gnome as he goes in search of his lost dog. 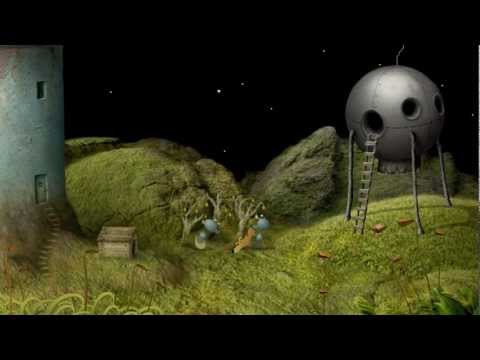 The canine has been abducted by aliens and it’s up to you to help the little intergalactic being brave his way through the puzzling levels. You’ll be able to experience fantastic creatures and locations throughout your stay. And even if you’re new to this genre, you can still enjoy all the elements embedded here. 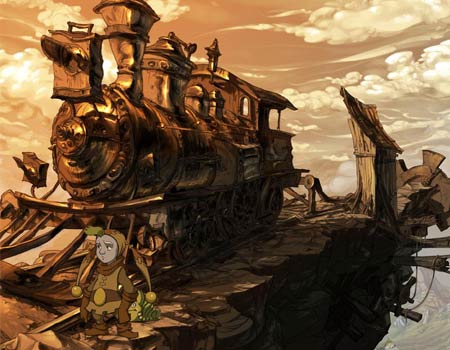 Get ready to plunge into a fantasy world that’s developed and published by Daedalic Entertainment and Deep Silver, respectively. There are oodles of mysterious riddles and puzzles to solve here. The title features a young clown called Sadwick who sets out on a wonderful expedition that’s filled with peril. 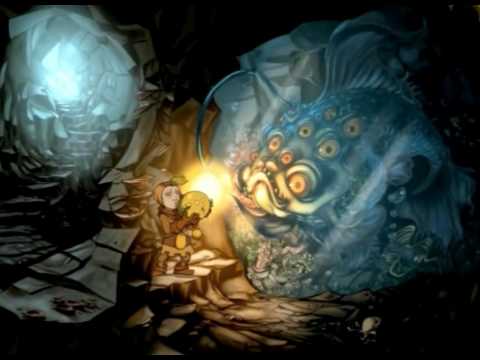 He’s aided by his faithful companion called Spot who has the ability to morph into different forms once he’s learned them. Besides dazzling players with engrossing gameplay elements, the title also sports eye-catching hand-painted backgrounds. Designed for Windows, you can pick up this adventure gem from Steam. 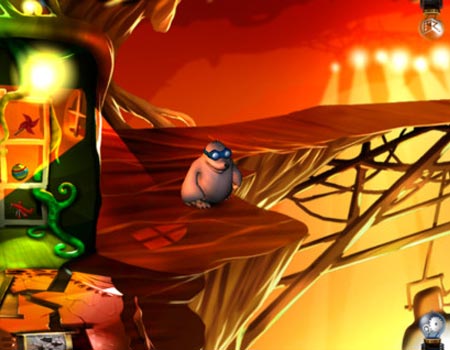 After catering to PC players everywhere, it’s now time to shine the focus lights on a portable title. This inclusion in our Machinarium alternatives array requires you to use logic and your puzzle-solving prowess to uncover clues and solve puzzles. It employs a classical point and click adventure approach that’s splashed across a beautifully hand-drawn artwork backdrop. 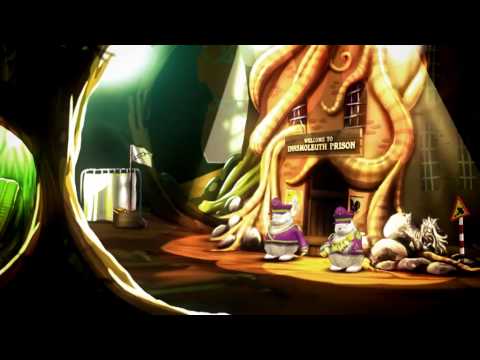 And you’ll even be provided with a notebook that includes a list of completed and ‘to-do’ tasks as well as a hint system in order to point you in the right direction. The title is available on iTunes and Google Play for iOS and Android-infused devices, respectively. 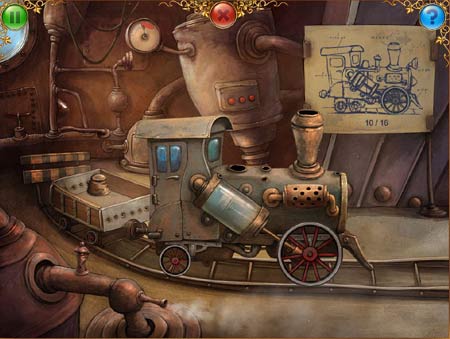 The tiny world has been struck by a meteor and fallen to ruins. It’s now up to you to use your creativity and restore the planet back to its former glory. You’re called on to help the indigenous mend a plethora of machines and mechanisms and decipher the various puzzles strewn across five chapters present here. 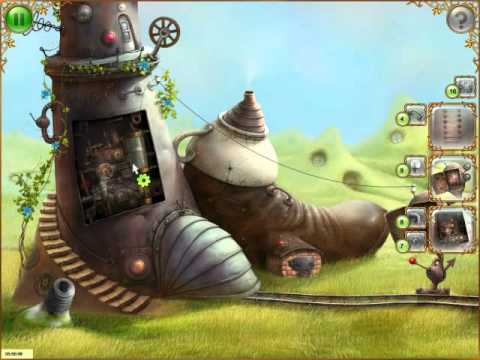 Blessed with intuitive navigation, this delight comes minus text bits and is suitable for players of all ages. You can dive right into 30 mini-games that are set in a gorgeous world, all drawn by hand. 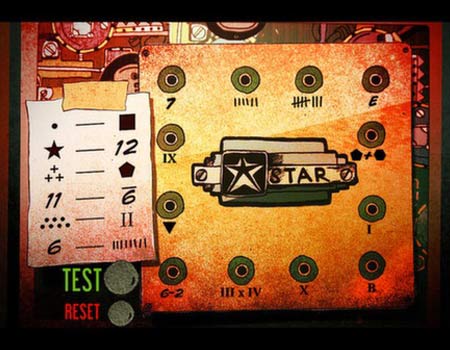 Looked upon as an illuminating puzzle adventure by its developer, this contender in our games similar to Machinarium roundup offers you a story that’s built completely out of paper and cardboard. Sporting a unique gameplay style, this PC title is packed with perplexing paper puzzles that must be solved in order to restore the power back to your grandfather’s house. 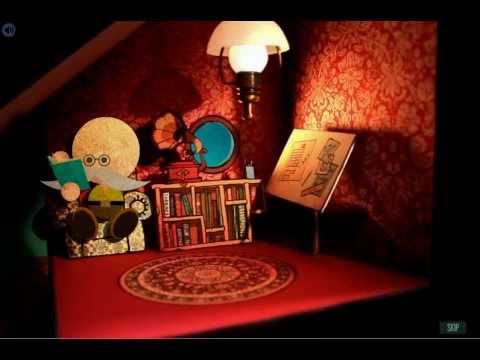 However there’s a deeper mystery at play here and if you want to solve it, you’ll have to tap into your gray matter and tackle all the challenges that come your way. 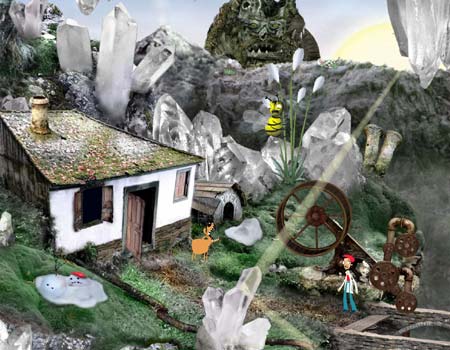 The storyline sees the heroes trapped in a beautiful dream world that’s filled with dangerous obstacles. Their only way out is to solve all the puzzles thrown at them. There are 24 stunning chapters laid across 4 different seasons.

The developers have also embedded many challenging clues as well as 3 vehicle mini-games. Step into an artist’s dream and marvel at the hand-drawn backdrop that’s been employed here.

When you think about games like Machinarium, the first thing that might pop into your head is great puzzles, captivating adventures, point-and-click fun and aesthetically-drawn graphics. Well, these titles jump onto the scene bearing all the said features and more. They may not all be exactly like the one in the spotlight but they will definitely capture your fancy if you appreciated the aforesaid attributes. So tell us which ones you’re planning on trying out first. Did we give any titles a miss here?