The games like Kingdom Rush roped in here provide non-stop action on the strategy front. They are all engaging games that have been completely dipped into the tower defense pool. Most of them even have a fantasy setting that’s similar to the game in question. What’s more, the options jotted down here are fashioned for different platforms like the PC, consoles and mobile devices. So based on the gadget of your choice, you can pick your desired game. 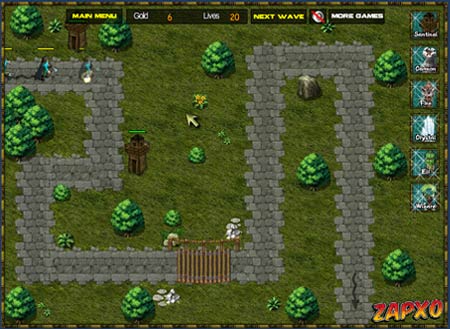 You’ll be pulled into the city of Zaptonia where you must defend your beloved land. Your aim in Zaptonia Defense is to earn your freedom and stop the waves of enemies before they make it to the end of the maze. This can be done by strategically placing defense towers at specific positions along the path of the labyrinth. These virtual power-packed structures can even be regularly upgraded so that they are ready to take on the foes passing by.

However, you’ll have to start by building only basic towers due to the initial lack of funds. The different combat structures featured in this online PC game include the sentinel, cannon, fire, crystal outpost, wizard lair, and elf towers. Get ready to face creeps like rat scouts, lesser demons, battle-gores, lizardmen, human assassins, goblins, lion men, troll creeps and wizards along the way. 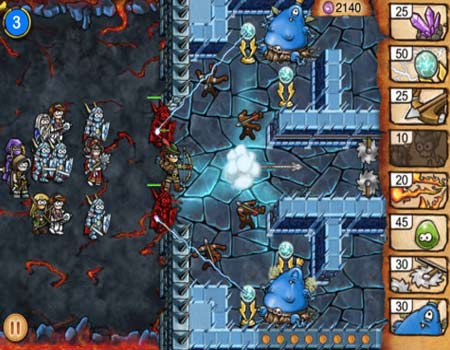 The saying, ‘size doesn’t matter,’ fits this next entrant in our games similar to Kingdom Rush roster to the tee. What’s more, you’ll be playing on the other side of the law, which means your enemies are actually the little heroic characters. There are five main types of these goody-two-shoes lot namely, rangers, clerics, knights, thieves, and wizards. Tiny Heroes even throws some ‘Epic’ heroes at you, so watch out for those tiny rascals.

What are they after? Well, the champions are out for your treasure that’s locked deep within your dungeon. You can expect to play through over 50 levels and opt from more than 30 defenses. You’ll even have the ability to summon minions, set traps and conjure spells. ‘Slay the heroes’ via your iPhone, iPad and iPod touch absolutely free of cost. 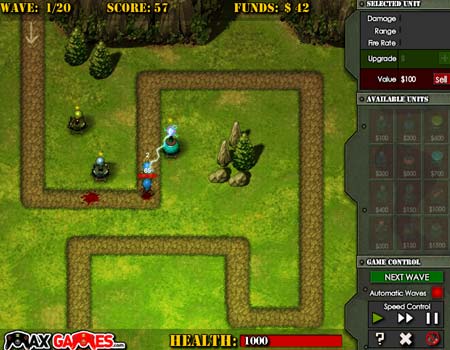 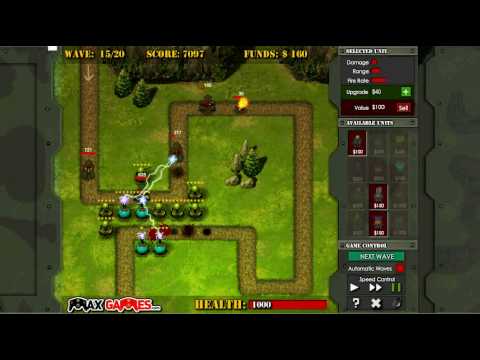 What’s more, skill points that are earned by completing new missions can be spent at the skill shop. There are even three difficulty levels you can opt from namely, easy, normal and hard. 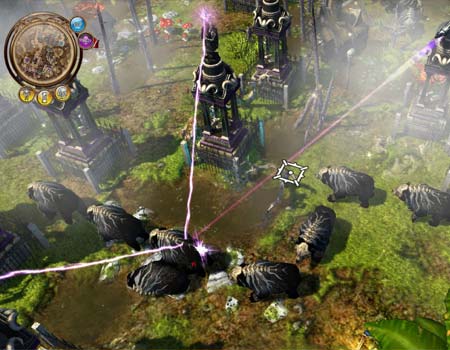 If fantasy settings and characters are what you crave then this particular inclusion in our Kingdom Rush alternatives array is right up your alley. Also known as DoA, Defenders of Ardania transports you to the world of Majesty. Developer Most Wanted Entertainment has even introduced a bit of a twist into the game. Besides simply placing towers at strategic points, you can also jump right into the heart of all the action by stepping into the shoes of the attackers who are out to conquer the enemy base. 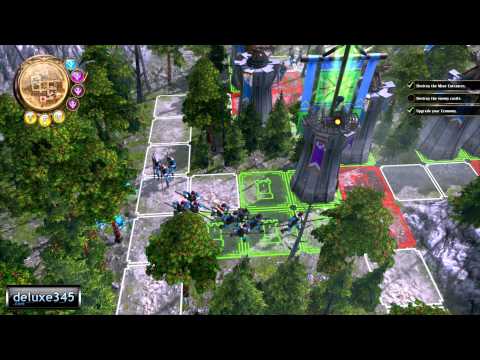 The delight is also sprinkled with RTS elements and lets you choose from 3 playable races, each boasting of its own unique tower, units and locations. The multiplatform game can be played across the PC, PS3, Xbox 360 and Apple iPad. 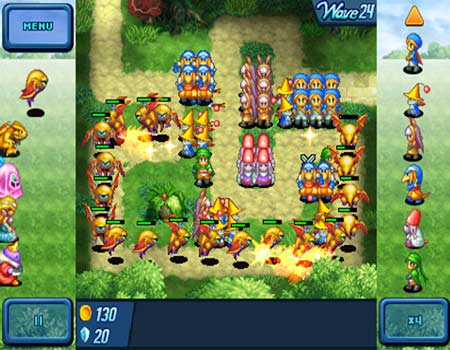 This turn-based strategy tower defense game is crafted to put a smile on the faces of portable gadget owners. Publisher Square Enix has unleashed Crystal Defenders onto iOS and Android devices so that you’ll be able to take the fun with you wherever you go. Your goal here is to prevent enemy monsters from sneaking onto your side and stealing the crystal reserves.

There are 360 stages of action to be had right here. You can further expect simple touch panel-driven controls as well as up-tempo gameplay elements. The maker has even thrown an innovative level design into the amalgamation. The portable game is tagged at just under $7. 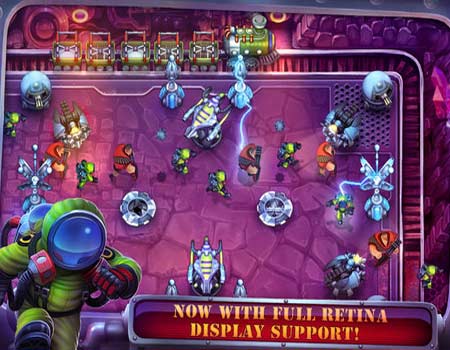 Now how can any games similar to Kingdom Rush roundup be complete without the mention of this particular name? Well, Fieldrunners is definitely no stranger to the tower defense genre. And fans of this style will surely know what they’re getting into when they procure this gem. Now for those who might be new to the scene, well this one is a multiplatform treat that allows players to scatter their towers in order to stop the invading field-runners. 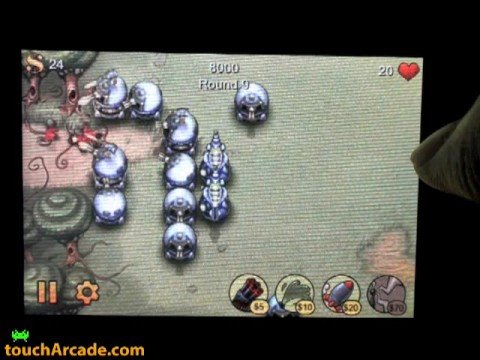 You can take complete advantage of more than 40 waves of enemies across 4 unique battlefields. You’ll even be able to opt for 7 deadly weapons to up the ante. The game has different versions for iOS and Android devices, PC, PSP, PS3 and Nintendo DSi. ‘Do you have what it takes to defeat them?,’ quips the brains behind this endeavor.

Kingdom Rush captured the hearts of many PC players as well as tech enthusiasts wielding iOS devices. It even made it to our list of tower defense games. And why not, since it’s got all the ingredients that would please any aficionado who simply loves engaging in some fantasy and strategy elements. Now if you’ve played this one more time than you can count, then we suggest you try diving into all of the aforesaid games like Kingdom Rush. Do give the entire lineup a go and return with mentions of your favorites.