Picking games like Just Cause 2 isn’t really easy, mostly because there aren’t as many action-adventure games out there that offer the same experience. And by that, we mean similar levels of mayhem and destruction. Well, there are a few that are on par with the one in question and the others come pretty close to delivering large worlds in which you can cause havoc. We’ve briefly summarized details for each release below for a quick look at what you can expect. 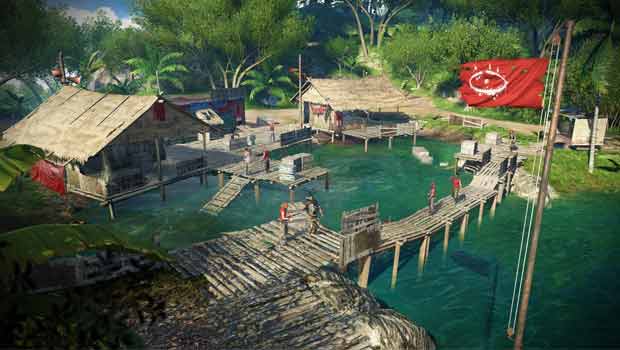 Ubisoft’s 2012 release, Far Cry 3, has managed to earn a lot of popularity with its island paradise setting. As beautiful as the world may look, it’s filled with chaos. You take on the role of Jason Brody who’s stranded on the island and in search of his friends who have been kidnapped by pirates. The FPS game also features role-playing elements where you’ll have to earn experience points to develop new skills and a crafting system has been implemented as well.

There’s a lot of exploring possible here as well. Along with jungles, mountain ranges, grasslands, and beaches, you’ll have Japanese bunkers, ancient temples, caves, shipwrecks and other abandoned structures to visit. If you’re planning to pick up Far Cry 3, be sure to get the standalone expansion Blood Dragon as well. 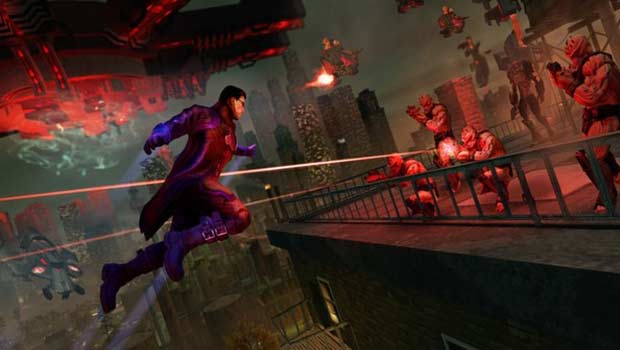 Next on the games similar to Just Cause 2 list is Saints Row IV which is essentially Just Cause 2 on steroids. Instead of beautiful islands, you get transported to a virtual world that’s covered in darkness and overrun by aliens. As the President of the US, it’s your goal to save Earth from Zinyak, an alien overload. Saints Row IV is a direct sequel to the previous game and it comes with various new features including superpowers and new abilities.

From telekinesis to freeze blasts to flame blasts, you’ll also have attributes such as super jump and super sprint, not to mention the ability to temporarily fly. Along with a comical storyline, there are many wacky and alien weapons at your disposal as well as a lot of activities around the city of Steelport. Customization is one of the main highlights here where you can completely overhaul the appearance of your character and weapons. 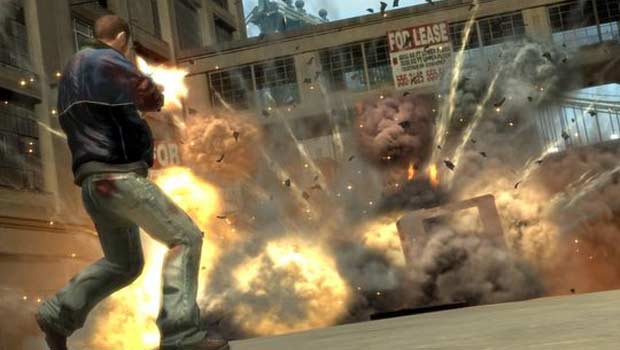 Grand Theft Auto IV brought in a lot of enhancements over San Andreas and it’s the first in the series to arrive on the PS3 and Xbox 360 consoles. Grand Theft Auto IV takes place in Liberty City and it follows Niko Bellic who gets pulled into a gang war. Like all releases in the series, this game offers a vast open-world to explore. Sadly though, you can’t fly planes.

Apart from the highly immersive storyline, there are various side quests and endless things to do. You can take part in some multiplayer action or spice things up by installing GTA mods which are available in plenty online. While picking up GTA 4, be sure to get your hands on The Lost and Damned, Episodes of Liberty City and The Ballad of Gay Tony. 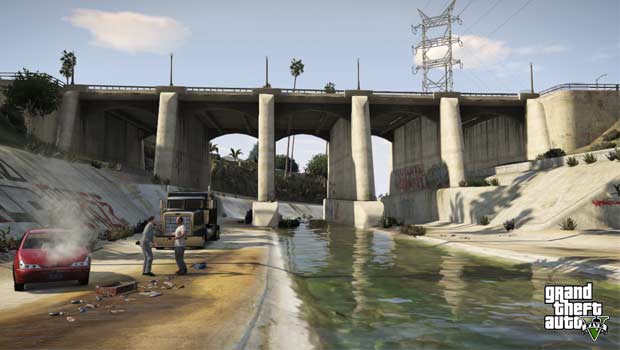 If you’re a fan of the GTA series and own a PS3 or Xbox 360, then Grand Theft Auto V is a must-have option amongst the Just Cause 2 alternatives. The open-world action-adventure game takes you back to the fictional city of Los Santos which is part of San Andreas. To make the place more playable and enjoyable, the overall size of the city has been greatly increased.

Unlike previous releases, this one doesn’t follow a single protagonist, but 3 different ones as their lives interconnect. You’ll be required to frequently switch between characters as the story progresses. GTA 5 comes bundled with GTA Online, a dedicated multiplayer mode where up to 16 players can do jobs and various missions together, apart from just messing around and killing time. 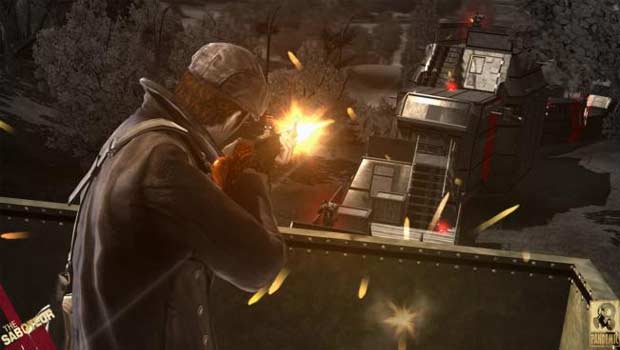 In The Saboteur, you travel back into the 1940s when World War 2 was afoot. The title takes place in Paris, Nazi-occupied France. This open-world action-adventure game is the last from Pandemic Studios that are also responsible for the Mercenaries series. Here, you step into the shoes of Sean Devlin who seeks revenge against the Nazis. After joining the French resistance, you go about the city and take over places captured by the enemy.

Nazi-occupied zones are in monochrome with only a few splashes of color. Once you’ve freed the location, color is automatically restored. You can carry out missions through stealth or by blasting your way in. Like all open-world games, this one also has side-quests and activities. 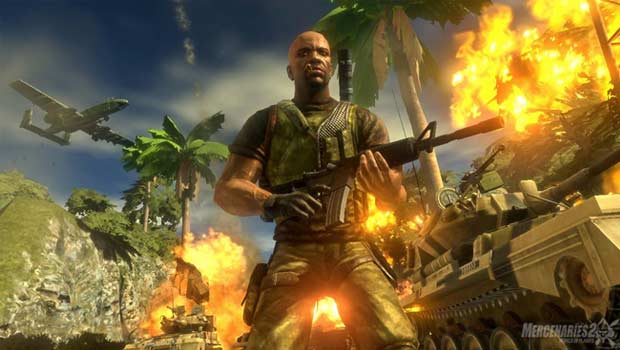 Also developed by Pandemic Studios, Mercenaries 2: World in Flames is the most chaotic amongst our lineup of games similar to Just Cause 2. Set in an open-world that’s based on Venezuela, Mercenaries 2 is extremely huge and has a lot to explore. One of the main highlights here is destruction. Almost every building can be demolished with the right set of tools. They include RPGs, C4s, tanks and more. The story mode is linear and you’ll have the option to choose from three different characters, all of whom go through the same missions.

Seeking revenge, you build your own military organization and take on other factions across the place. Missions mainly consist of contracts to take over bases and destroy targets. Races are also present. Then there’s the co-op online multiplayer mode where you and a friend can play missions and cause havoc together.

Do you know what’s the one thing that would make all of these games like Just Cause 2 even more enjoyable? Imagine having access to the grappling hook in the aforementioned games.