Get ready to feast your eyes on games like Infinity Blade. The trilogy is one of the most successful on the App Store and even has some of the finest graphics seen on mobile. And the controls are also as intuitive as they can get with actions performed purely based on gesture input. Sadly, it’s only limited to iOS. Well, there are always substitutes and that’s exactly what we’re delivering today for both Android and iOS platforms. 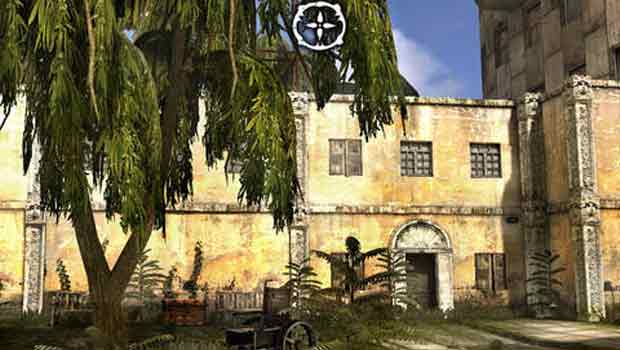 We’re starting this compilation with Dark Meadow: The Pact a free-to-play game developed by Phosphor. This game takes place in a fairytale world with a dark theme and it’s created based on the Unity Engine 3 that’s also used for the Infinity Blade series. The story here follows the protagonist who wakes up in a hospital with no memory of previous incidents.

Your goal is to escape the place that’s crawling with monsters set loose by a witch. The only way out is to defeat the evil sorceress. The game has some gorgeous graphics and combat is entirely gesture-based with melee attacks and different weapons at your disposal. 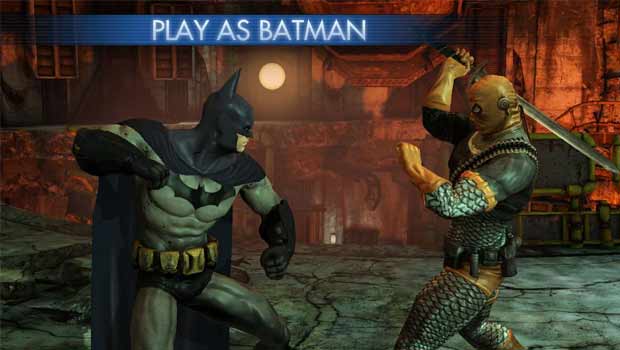 If you’re a huge Batman fan then Arkham City Lockdown should be on the top of your list of games similar to Infinity Blade compilation. Batman Arkham City Lockdown puts you in the shoes of the caped crusader as he battles hordes of bad guys and takes on various well-known villains. As the name suggests, the city of Gotham is under lockdown as various inmates including The Joker and Two-Face have managed to escape and have started to wreak havoc.

You get access to various skins and power-ups to make the game all the more interesting. Touch controls here are also gesture-based and the graphics are pretty sleek, but not the best we’ve seen. Also, the campaign is pretty short. For $5.99, Batman Arkham City Lockdown is yours to download on Google Play and the Apple App Store. 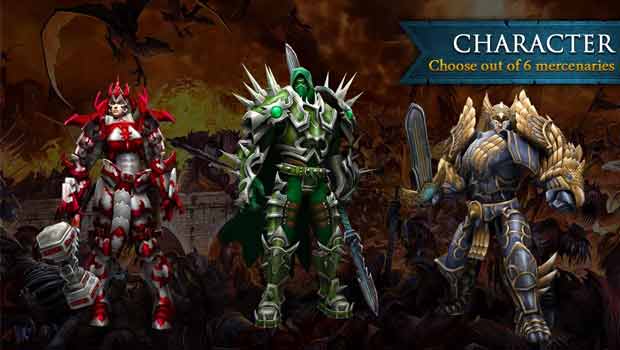 Juggernaut Revenge of Sovering is an RPG that allows you to play as one of six warriors known as Scorpions. The main objective here is to save the world from the Sovering by defeating beasts and completing quests to face-off against the demon at the end. Each character here has its own unique skills and weapons. And there are various items and tools which can be equipped for your hero. The game has a level system and you can also learn to cast spells.

The main storyline is over 30 hours in length and there are a total of 50 achievements, 15 unique locations to explore, special quests and also mini-games. The combat system allows you to swipe or tap to carry out attacks and defend. Juggernaut Revenge of Sovering is available for free.

4. Injustice: Gods Among Us: 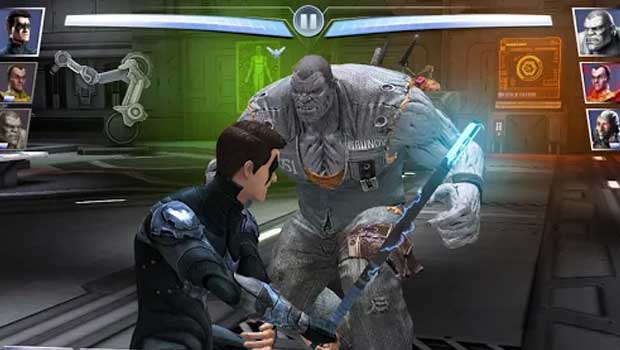 Injustice: Gods Among Us is another super-hero-themed game amongst the Infinity Blade alternatives. Based on the DC universe, you’ll be treated to a vast roster of heroes and villains. The good guys include Harley Quinn, Nightwing, Superman, The Flash, Wonder Woman, Green Lantern, Cyborg, Green Arrow and Batman. Developed by NetherRealm, the game is also available for consoles and PC apart from mobile platforms. Battles are 3 vs. 3 and turn-based.

You’ll have to perform gesture swipes or taps to attack, defend and perform special moves. What makes this release a must-have for DC fans is the beautiful graphics and fast-paced combat it has to offer. Best of all, it’s free.

5. Rage of the Gladiator: 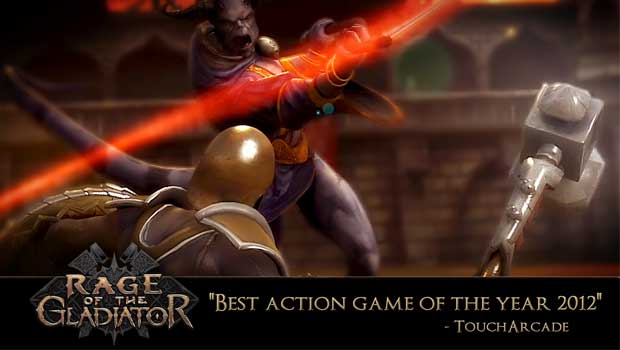 Rage of the Gladiator takes you back to ancient Rome where you enter the arena and take on different enemies in fights to the finish. Here, you play as Gracius who fights for his life by defeating opponents which include different types of beasts and creatures. You enter the arena with a magical war hammer and a shield and you can summon 14 different finishing moves such as a meteor and a tornado amongst others.

As you’d expect, weapons and armor are customizable and you’ll be able to acquire new skills as well as abilities. A new difficulty mode is unlocked each time you complete the game. Rage of the Gladiator was originally launched for the Nintendo Wii back in 2009 and it’s available for free on mobile devices. 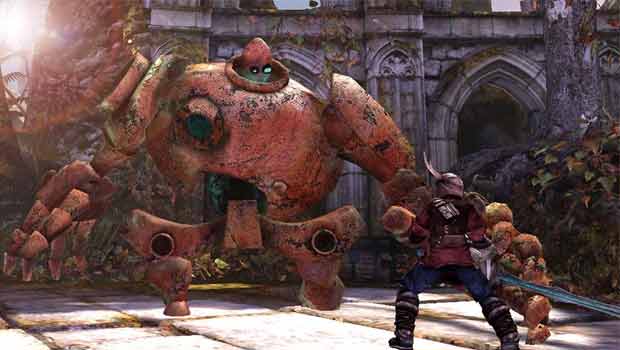 If you’re looking for games similar to Infinity Blade based on graphics and story, then Horn is what you’ve been searching for. The beauty of this release is that it’s completely gesture-based. Everything from navigating your character to attacking and dodging requires simple taps and swipes across the screen. The story is quite intriguing and it puts you in the shoes of a boy named Horn who awakens to find out that a curse has turned all people and animals into monsters.

You travel the land and solve puzzles with the goad to lift the curse. There are three different areas to explore and the world can be freely roamed allowing you to locate hidden content. You’ll also encounter different monsters, some friendly and others hostile. Horn can be yours for ‎$6.99. 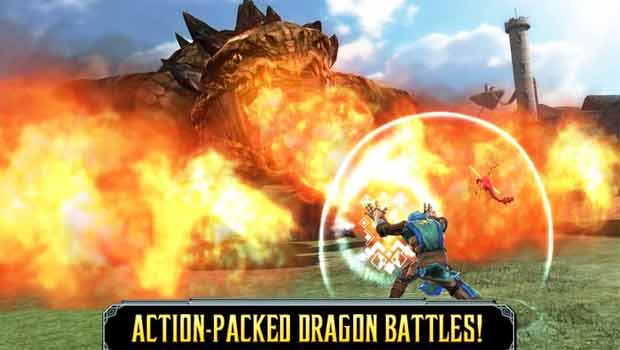 Dragon Slayer is one of the finest releases from Glu. It takes you to a fantasy world where you take on the job of a Dragon Slayers and travel the lands to slay dragons, wyverns, and reptiles. This game focuses on magic-based combat where you cast different types of spells on your opponents.

Various moves can be carried out through different gesture swipes and you’ll go up against different types of dragons including hard to defeat bosses. You can get stronger by upgrading your equipment. The game’s fermium approach and high-quality graphics make it a great pick on this compilation.

These games like Infinity Blade are all designed with top-quality visuals and intuitive controls. Some of them are even free. So which of the aforementioned releases are you planning to get hold of?