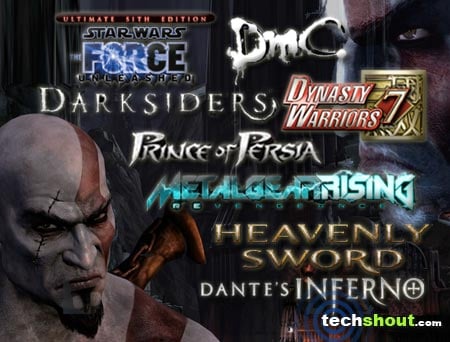 The games like God of War found here will keep those nimble thumbs busy with their enthralling hack and slash elements. You’ll have to be quick on the buttons if you are to defeat hordes of baddies and powerful bosses who are set to come at you with unforgiving blows. But don’t cower down just yet as your charismatic characters will be properly equipped to fight off the looming threats. So crack those knuckles and prepare to be glued to your TV or PC screen for a good number of hours. 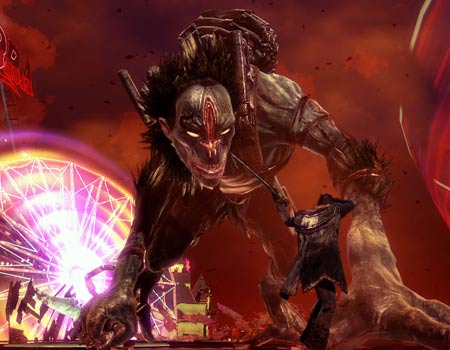 The first iteration in this series was unleashed more than a decade ago for the PS2, PS3 and Xbox 360. Post-release, publisher Capcom unveiled a host of other engaging titles including an HD collection that comprises of the first 3 installments. The latest among the lot was let out earlier this year for the PS3, Xbox 360 and PC. 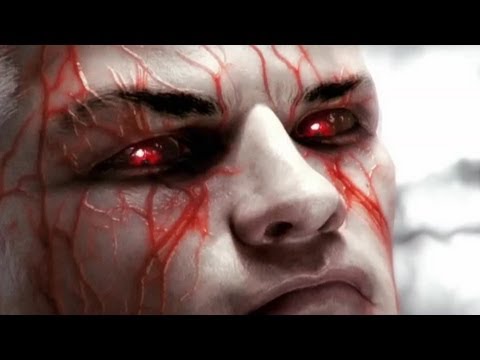 The gems are painted across dark fantasy and Gothic settings, and focus on the main character called Dante. Here, you’ll be faced with heavy combat, fantastic weapons and formidable foes. 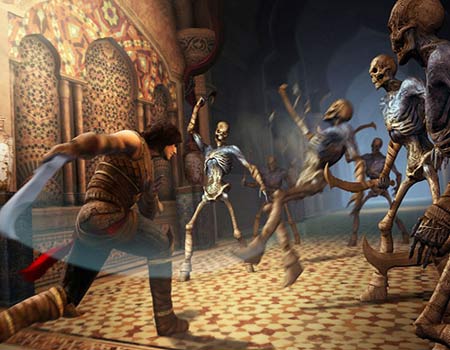 Ardent fans of the action-adventure genre definitely need no introduction to this acclaimed series. In fact, they may even painfully remember being impaled by deadly spikes back in 1990. Ever since the release of this fantasy platform PC title, there have been various iterations made available such as The Sands of Time, Warrior Within, The Two Thrones and the latest one, The Forgotten Sands. 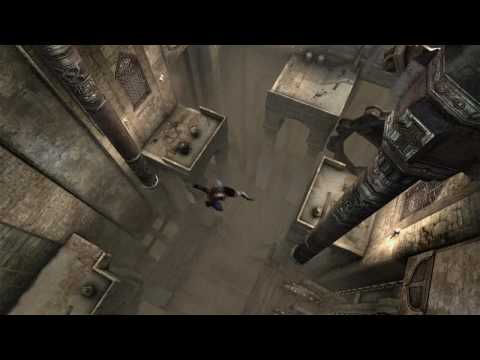 The hit franchise created by Jordan Mechner, has garnered tons of appreciation by players worldwide. The installments put you in the midst of dangerous dungeons, crowded towns and confusing labyrinths packed to the hilt with baddies and booby traps. 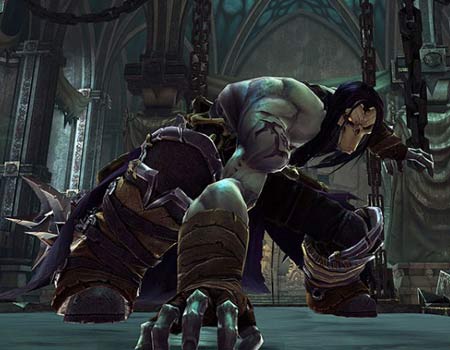 Published by THQ, this entrant in our games similar to God of War roster lets you take on the role of War who is one of the 4 horsemen of the Apocalypse. Your goal is to restore the balance between hell and heaven. And in order to accomplish this feat, you’ll have to plunge into a world that’s set a whole century after the biblical Apocalypse.

Get ready to smash your way through expansive dungeons, all the while battling with angels and demons that dare to stand in your way. Now if you liked what this title had to offer, well you can also sink your teeth into its sequel that was released just last year for the PC, PS3, Xbox 360 and Wii U. 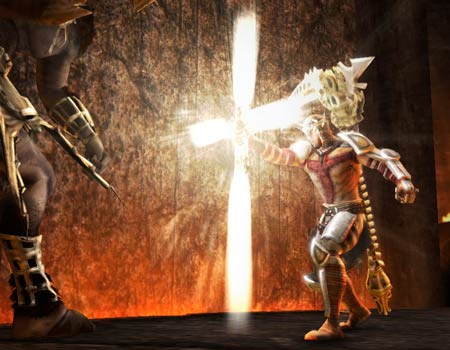 This particular title will take you to the murky depths of hell and back. Prepare to foray across the 9 circles of hell – limbo, lust, gluttony, greed, fraud, treachery, anger, violence and heresy. Step into the shoes of the protagonist, Dante and travel through the demon-filled pathways in order to find your beloved Beatrice who has been kidnapped by the prince of the underworld, Lucifer.

During your hellish escapades, you’ll be forced to make holy and unholy choices as well as meet various demons that are out to stop you at any cost. 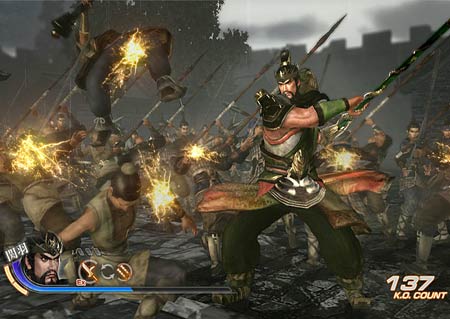 Tackling waves of enemies at a stretch is just what hack and slash aficionados simply can’t get enough of. Well, if you fall under that category, you might just want to check out this engaging inclusion in our God of War alternatives array. The beat ‘em up title is noted to be the 7th installment in the Dynasty Warriors series. 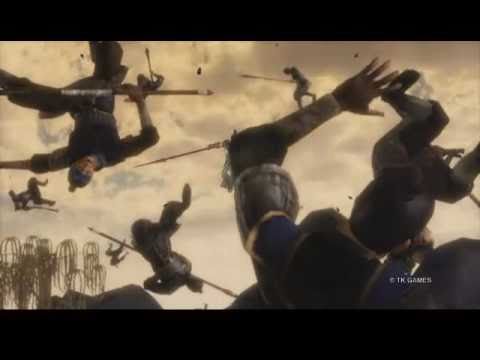 Published by Koei, this particular gem was released onto the scene just a couple of years ago. It entered the terrain bringing along various modes as well as character and weapon level customization options. 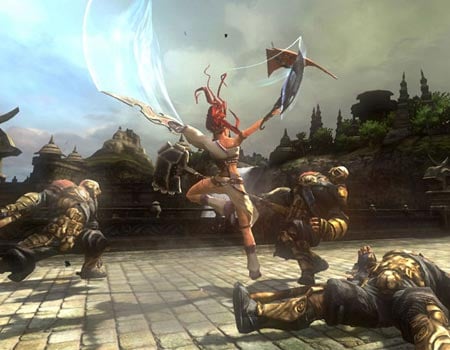 The PS3-exclusive blade-swisher lets you take on the guise of a fiery red-haired heroine called Nariko who seeks to exact vengeance against the invading King Bohan and his entire army. Here you can excel in combat by using power, speed and range stances of the weapon in question. 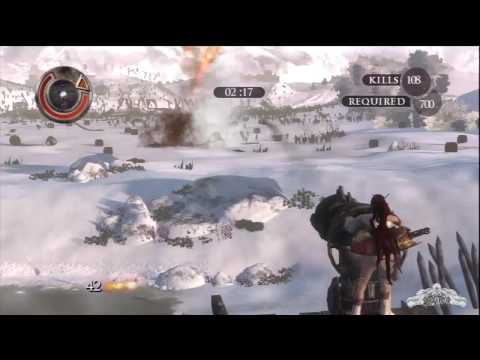 What’s more, you’ll be able to seamlessly toggle between the 3 stances mid-fight, creating a slew of deadly combos. Get ready to face hoards of soldiers, boss characters and squads of intelligent enemies. 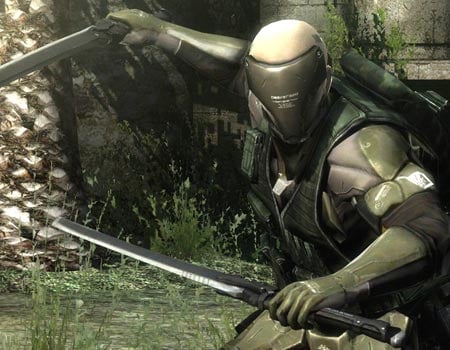 An interesting MGS installment makes its way to our games similar to God of War roundup. The Konami-published title lets you wield your high-frequency Katana and slash your way through the stages as the cyborg ninja called Raiden. 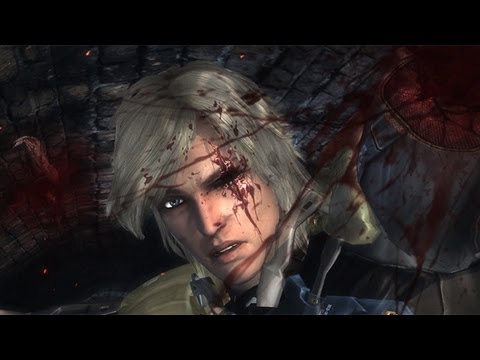 The brains behind this endeavor has also thrown in a ZanDatsu Cut Mechanic feature which allows you to slice and dice just about everything strewn across the environment. Unveiled for the Xbox 360 and PS3 consoles, this action delight took the world by storm just a few days ago. 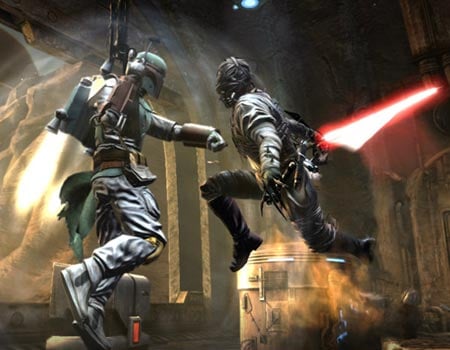 Our final mention thrusts you into the shoes of Darth Vader’s ‘Secret Apprentice.’ You’ll be able to unleash devastating moves and combos while using the epic force. The events that take place here are set between Episodes III and IV, and tell the tale of a mysterious new character who possesses awesome powers. 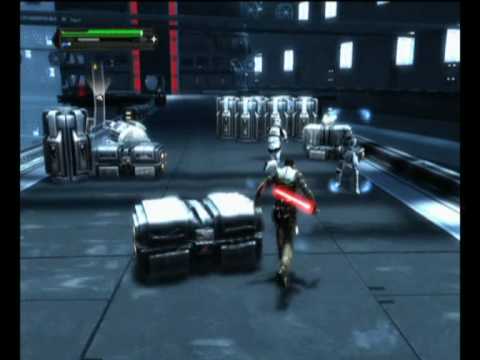 Additionally, The Ultimate Sith Edition includes the original missions as well as a new bonus level and oodles of downloadable content.

If you simply loved the series in question, then you’ll certainly appreciate the ‘show-no-mercy’ approach Kratos used while dishing some pain to the enemy. The handful of titles fitted under this famous name all allowed you to wield great power, formidable weapons and even perform some deadly moves. You were always required to stay alert for not only the baddies but also little puzzles that cropped up along the way.

Now try the aforesaid and watch as all hell breaks loose when you deliver agony and pain to your foes by hacking and slashing your way through the various levels. And don’t forget to keep your thinking cap on, for many of the games like God of War are also fitted with a few riddles. Have we left any of your favorites behind or did we cover them all? Well, you can leave your comments in the space just below.