Our aim today is to present you with a comprehensive list of games like Crysis which you can play on your consoles or PCs. Crysis which has now turned into a series was launched by Crytek back in 2007 and is known for its tremendous achievements in the graphics department. It’s basically a first-person shooter but features unique gameplay elements that give it a strong character of its own. Crysis was first launched for PC back in the day, but in 2011, it also made its way to the PS3 and the Xbox 360. 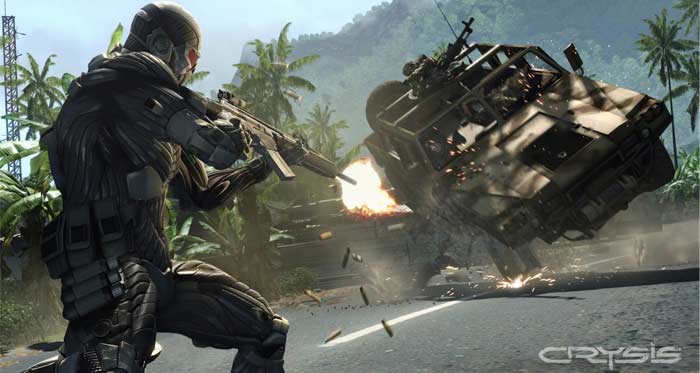 Developed using the famed CryEngine 2 technology, it revolves around events that follow the discovery of a huge ancient space alien-constructed structure that’s buried inside a mountain. Everything from the game’s weapons, its Nanosuit, its brilliant graphics, its open-ended gameplay and a lot more contribute towards making it the classic that it is. Those who are looking for games that provide similar experiences are definitely going to be pleased with this list. Without wasting any more time on introductions then, let us straightaway jump into it. 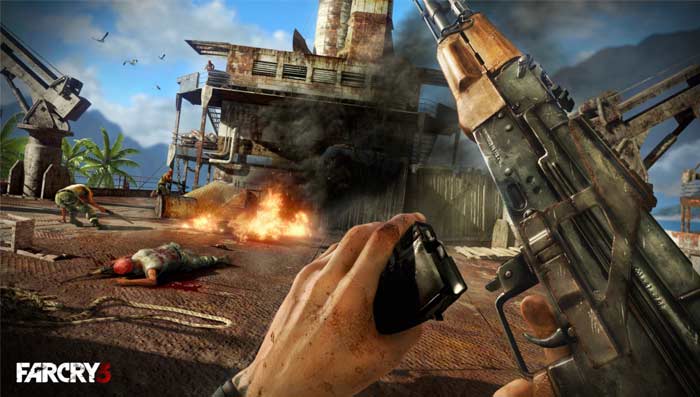 Far Cry 3 was one of the finest games of 2012 thanks to its extremely diverse nature. This first-person shooter features an open world setting and gives you the liberty to choose exactly how you wish to tackle a particular mission – whether you want to sneak from behind your enemy or go all guns blazing; whether you want to enter their territory or use long-range weapons to eliminate them from afar; everything is for you to choose. Available for the PS3, Xbox 360 and PC, Far Cry 3 also contains a truly breathtaking story that’s complemented exquisitely by its voice actors, with the highlight among the cast being the main villain named Vaas. 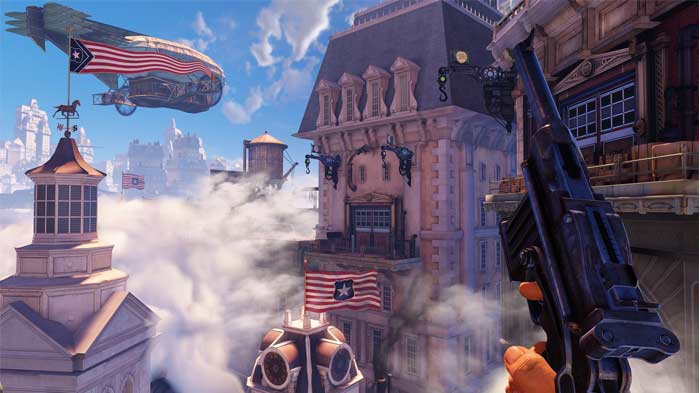 This next entry to our list of games similar to Crysis isn’t that identical to the said game, but it’s nonetheless a first-person shooter with a really captivating atmosphere and a diverse gameplay model that encourages strategy in crunch situations. As we all know, BioShock Infinite is from the legendary BioShock series and it carries forward that legacy by every means. Using a range of unique weapons and powers, you are asked to overcome your enemies as you try and rescue your companion character, Elizabeth. BioShock Infinite can be grabbed for the PS3, Xbox 360 as well as PC. 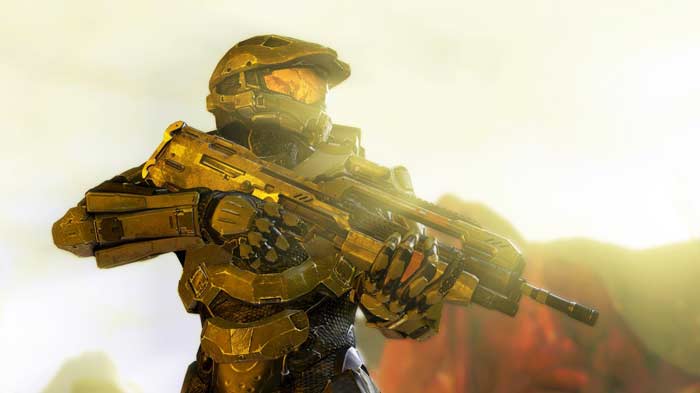 Halo games from Microsoft have since long been giving owners of Xbox consoles the time of their lives. They are highly addictive first-person shooters which are characterized by their well-imagined sci-fi universe involving interstellar wars. Frenzied on-foot and vehicular combat, lots of interesting weapons, a splendidly written narrative and a lot more will greet you within Halo 4. To add to that, there is the massive multiplayer portion that you can dive into once you’re done with its campaign. This game is available now only for the Xbox 360. 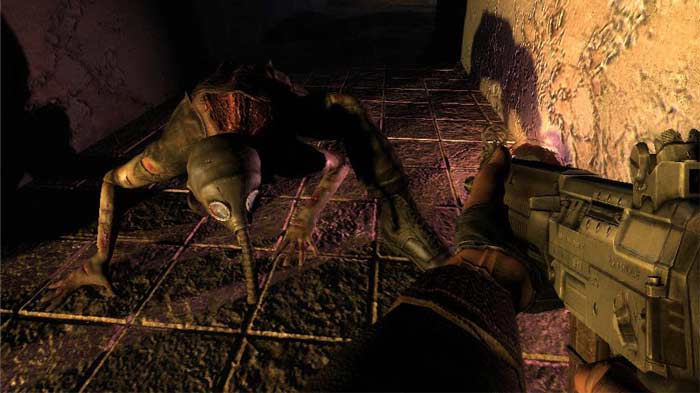 Back in 2007, THQ released STALKER: Shadow of Chernobyl which is still appreciated by fans from all over the world. Based on an alternate reality of the tragic nuclear incident in Ukraine, this first-person shooter creates a familiar atmosphere for Crysis fans. One of the themes it explores is a survival horror which adds another dimension to the whole experience. The game also features a slightly open-ended story that changes its output based on several decisions you make while playing. Developed by Ukrainian studio GSC Game World, STALKER: Shadow of Chernobyl can only be played on PC right now. 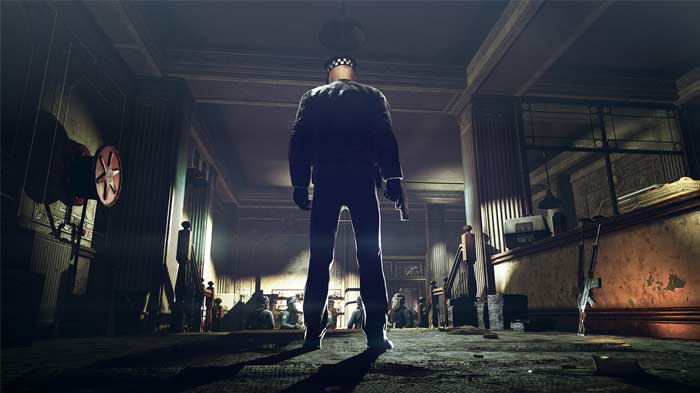 Although virtually Crysis and Hitman might not seem like they have anything in common, both of them are based on similar gameplay philosophies. These include open-ended levels, advanced stealth mechanics and overall flexible gameplay. It is hence that we’ve decided to include it in our list of Crysis alternatives. Developed by the veterans over at IO Interactive, this game delivers in droves when it comes to unforgettable experiences. It also possesses a huge replayability factor which never lets it get old, whereas an online mode enables you to play out levels created by others from all over the world. Hitman Absolution is available now for the PS3, Xbox 360, PC as well as Mac. 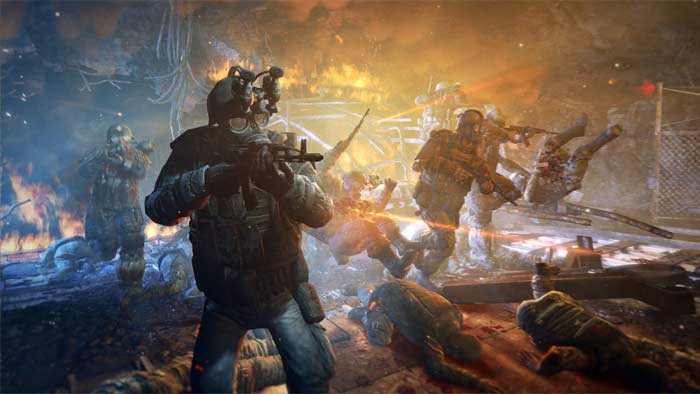 The grim game that Metro: Last Light is will leave you spellbound with its excellence each time you play it. It’s a truly magnificent offering from 4A Games which deserves a play-through by all those who want to play more games similar to Crysis. Its makers have combined its first-person shooter gameplay with survival horror and have created a neat blend altogether. Equipped only with single-player offerings, this post-apocalyptic game also features some healthy RPG elements. It was first released for the PS3, Xbox 360 and PC in May last year, following which it made its way to Mac and Linux platforms. Later this month, the game is also scheduled to be launched for the PS4 and the Xbox One. 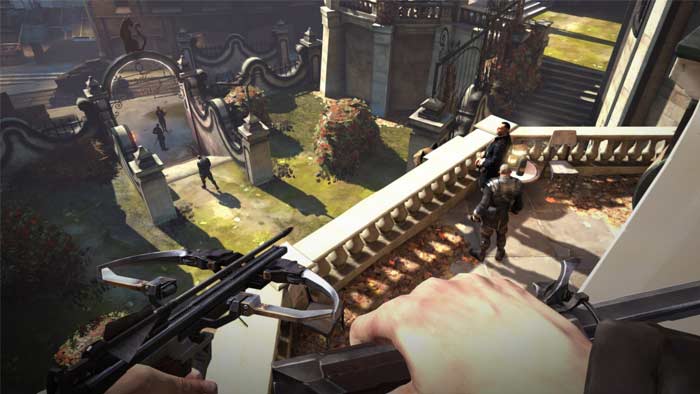 You will find a number of dissimilarities between Dishonored and Crysis at first glance, but once you get to play it, you’ll feel right at home. This stealth-based first-person action-adventure game from Arkane Studios takes place in stunning retro-futuristic environments inspired by nineteenth-century Europe. One particular mission in this game can have hundreds of different ways you can tackle it, and that’s where its brilliance lies. Combining a host of weapons with the protagonist’s supernatural abilities is an absolute treat to revel in. Dishonored is out now for the PS3, Xbox 360 and PC.

That’s all we have for you today on this list of games like Crysis. We hope you’ll find these picks useful while choosing your next purchase.