If you are looking for games like Clash Royale, you have definitely come to the right place. Among the many highly addictive games that are available for mobile devices, Clash Royale stands out for its endless card-based real-time strategy fun. Available for Android as well as iOS devices, it has been developed by Supercell, which is the same company that has given us titles like Hay Day, Brawl Stars and of course, the extremely successful Clash of Clans. With elements lifted from the latter game, Clash Royale allows you to collect and upgrade cards featuring various troops, spells, and defenses. And the best part about it is that you can duel with players from all around the world to achieve glory.

Clash Royale was launched back in 2016, and within a year itself, it had managed to earn $1 billion in revenue. It is a freemium game, which means you can make in-app purchases if you don’t wish to wait much for your upgrades. The objective of this tower rush game is to destroy the most number of opposing towers in the given time. You can play 1v1 matches, as well as 2v2 if you wish to double your amusement. But what makes this game even more fun is its deck building and card battling system. If you’ve played too much of it, and are looking for other similar offerings, you are in luck.

We’ve picked out the finest games for you to indulge in. Let’s have a look at them. 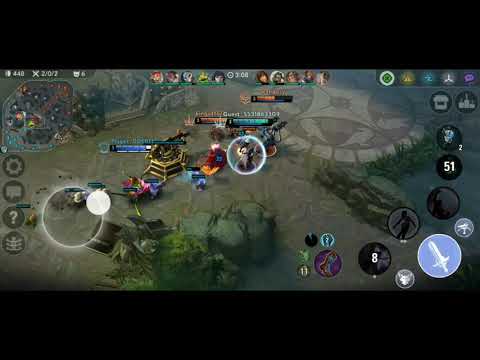 If you love the MOBA aspects of Clash Royale, then Vainglory is the right choice for you. It may not be a card game, but it has the same kind of frantic tower rush action that you’d expect from games similar to Clash Royale. Vainglory has you playing with two other fighters who are attempting to take down an enemy’s base. The large arenas that it presents, add to the grand nature of its gameplay. The game packs everything, from 5-minute brawls to full 5v5 arena battles. It contains more than 48 heroes, each with its own combo systems and play styles. Vainglory can be played not just on Android devices, but also on iOS ones. 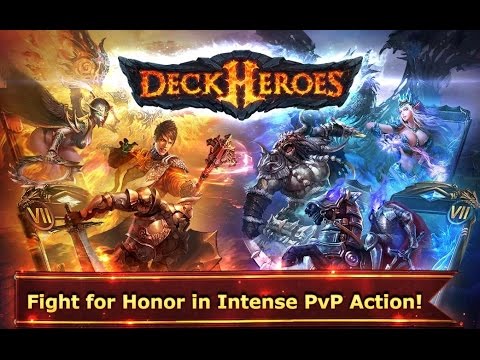 One more entry to this list is Deck Heroes: Legacy. It’s replete with a rich and engrossing story that involves you trying to build a kingdom that’s repetitively being attacked by opposing parties. In order to protect, you will need to take the help of heroes and mighty creatures. Over time, the game unlocks some really exciting cards and opportunities, so be sure to keep spending some time in it regularly. One more thing that’s appealing about this Clash Royale alternative is the high quality of its graphics and animations. Both Android, as well as iOS device owners, can jump into this offering. 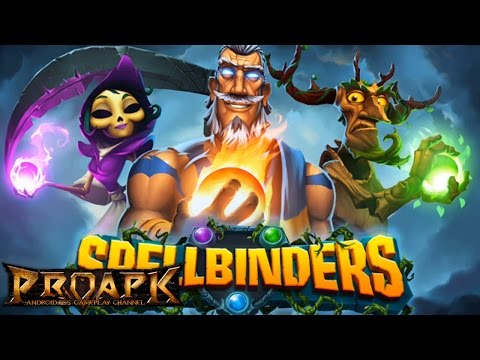 Another great alternative to Clash Royale is Spellbinders, which has you lining up your troops directly on the battlefield instead of collecting cards. You can choose your preferred Titan, and command an army of minions in the quest to achieve victory. It’s a very simple game to understand, but there’s so much in it that you won’t feel like setting your phone down once you start playing. Spellbinders is an addictive game that you must definitely give a try if you like such titles.

This is one collectible card game that you don’t want to miss if you’re a fan of the genre. It’s set in the Adventure Time universe, as its name suggests, and is in fact inspired by an episode of the TV show. The game lets you assume control of an army of warriors that include Husker Knights, Cool Dog, the Immortal Maize Walker, and the Pig. Available on Android as well as iOS platforms, Card Wars: Adventure Time is a paid app, so there’s no free download on offer here, unlike the other games from our list. 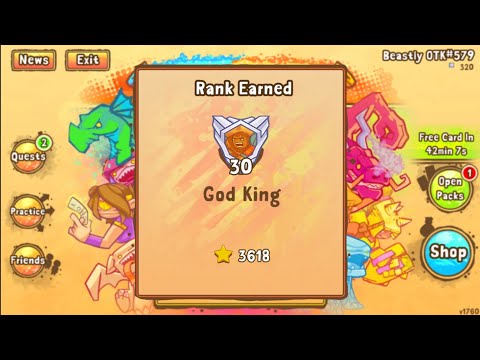 At first, Cards and Castles may come across as a somewhat complicated offering, but once you do get hold of it, it’s an extremely enjoyable title. It allows you to choose from multiple factions for a unique combination of cards and abilities that you can wield on the battlefield. It’s in this compilation of games similar to Clash Royale because it resembles the said game in almost every gameplay aspect. It’s hence no surprise that it’s incredibly addictive as well. You can grab this one for Android and iOS devices right now. 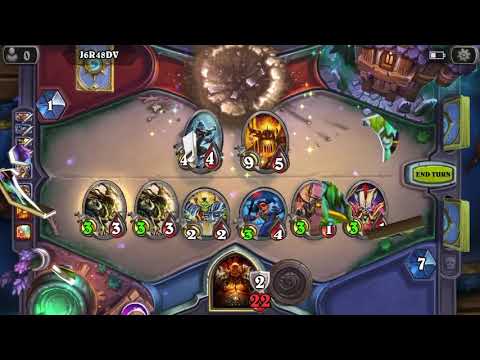 We couldn’t have missed this card game. Anyone who happens to be a fan of collectible card games will definitely have heard of this one. Hearthstone is an offshoot of the World of Warcraft franchise, and hence features characters from the said universe, including the likes of Lich King, Illidan, and Thrall. This offers highly competitive, card-based real-time PvP combat. You can either win, craft or collect powerful cards in order to bring the heat on the battlefield in this card game. Apart from the PvP combat, you can also indulge in rich single-player missions that are present inside this game, which is available for Android as well as iOS devices. 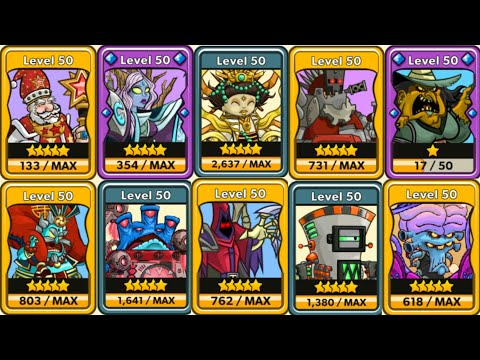 Tower Conquest is a highly engrossing real-time strategy gameplay. It also involves card collecting to unlock and evolve your units. The basic premise of this title involves rounding up your forces and managing them well enough to thwart the attacks coming from other players. Five different factions are provided by the developers of this card game, with them offering 70 unique characters, heroes and towers. This fermium Android and iOS game is also highlighted by its cartoonish art style. 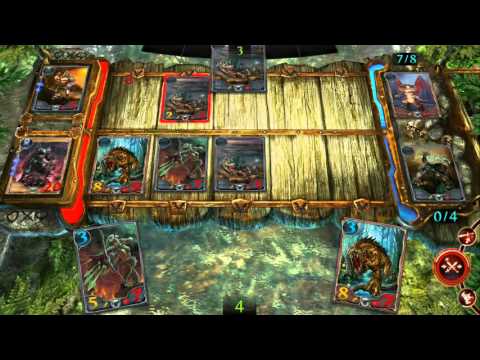 Gameloft’s Order & Chaos Duels is a collectible trading card game that definitely deserves to be in this list substitutes for the game in question. It has you battling with evil forces in a range of distinct adventures, while you can also experience PvP battles with others from around the world. It features more than 300 collectible cards, and provides a rich story that most definitely gets you hooked from the word go. You might take some time to understand the mechanics of this one, but it’s all smooth sailing once you understand the core game completely. Order & Chaos Duels can be downloaded by Android as well as iOS users. 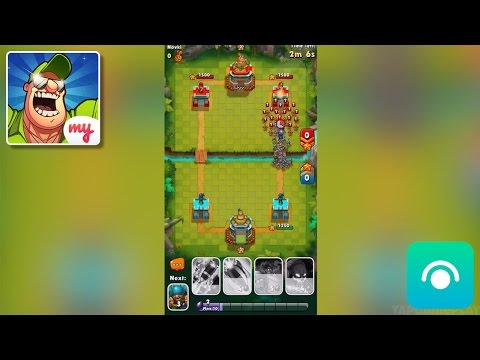 Jungle Clash is almost a Clash Royale clone, with the only major difference being its setting. It has adopted a modern military setting and has you fighting other armies, even as you battle it out to conquer enemy towers. Aiding you is a range of armored vehicles and upgradable cards to boost your skills and gain an edge in the gameplay. One of the many reasons this card game has made its way into our list is its ability to provide frantic PvP battles that really end up testing your tower rushing skills. 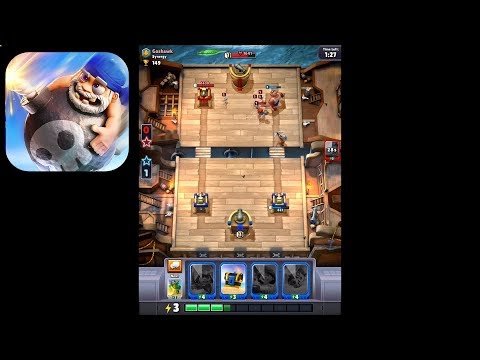 The makers of Chaos Battle League describe this game as a ‘fast-paced, real-time, multiplayer smackdown,’ and that’s indeed a nice way of defining what’s on offer here. Real-time PvP matches with frenzied tower rush gameplay are available to get immersed in. And as you advance through the leagues, you’ll be rewarded with fresh cards that let you enhance your team and strategy. And in order to level up your cards, you can also create or join a guild. Developed by Rogue Games, Chaos Battle League is available for Android as well as iOS devices. 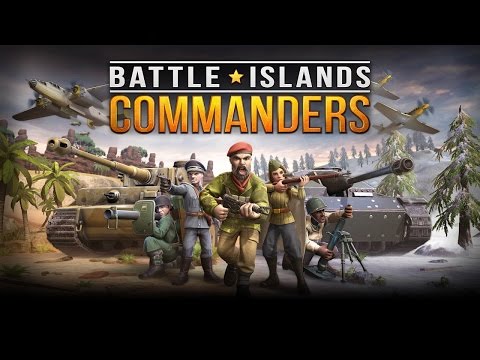 Here’s one more interesting game that’s very much akin to Clash Royale’s tower rush gameplay. You will love it if you’re fascinated by World War II warfare tactics. From the sandy dunes of North Africa to the bitter cold of the Eastern Front, all kinds of WWII environments are available in this challenging game. You get to lead your troops into real-time combat against players from around the world, while at the same time, building the ultimate battalion to strengthen your defense. Despite this being a strategy game like Clash Royale, it does feature cutscenes for important sequences, that end up adding some action to the whole affair. Battle Islands: Commanders is a top-notch real-time strategy game that you really ought to try out if you’re all for such offerings.

Those are all the picks we’d like to present to you in our list of the finest games like Clash Royale. Go through the descriptions of all of them to see which ones appeal to you the most, and do try them out.