So you need games like Candy Crush Saga to keep you entertained? Well, we’ve got several fixes for your addiction. We’ve picked up some of the most enjoyable match-3 and related games available. They mostly offer highly similar gameplay to the release in question, but with unique themes and features of their own. So without further ado, here’s the list – 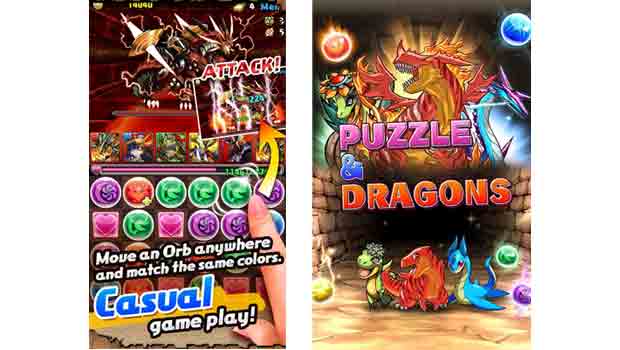 Puzzle & Dragons come from Japanese developer GungHo, and it offers a combination of RPG with puzzle-solving and card collection. The gameplay here is quite simple, and the three genres have been wonderfully molded together. In this game, you’ll fight off different types of monsters by solving match-3 puzzles. The bigger your combo is, the more attacks you’ll land on the enemy.

Winning fights will give you loot, and you’ll also be able to collect monsters which amount to over 700. These creatures can be used in battle and made stronger with power-ups as well as evolution like in the Pokemon series. New monsters can be acquired through eggs, and there are rare creatures that are hard to find. 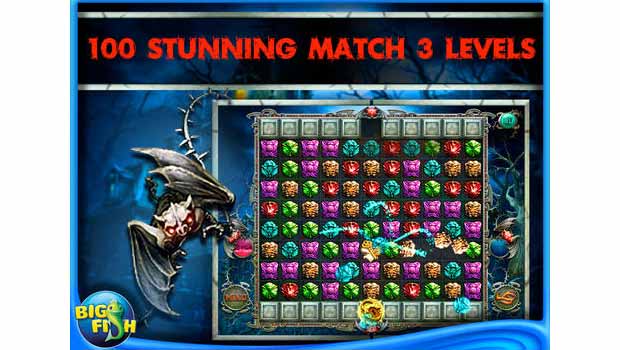 Up next on the games similar to Candy Crush Saga roster is Big Fish’s Cursed House that’s available for iOS (iPad only) and PC. The developer has added a horror theme to this release where your goal is to rid a haunted house of evil spirits.

To free the place from the ancient creatures, you’ll have to harness the magical powers of an ancient amulet by solving puzzles where you’ll have to match 3 of the same objects. There are 100 levels for you to complete and various power-ups to help you on the way. Cursed House HD comes with a free trial, and a full version can be purchased in-app. 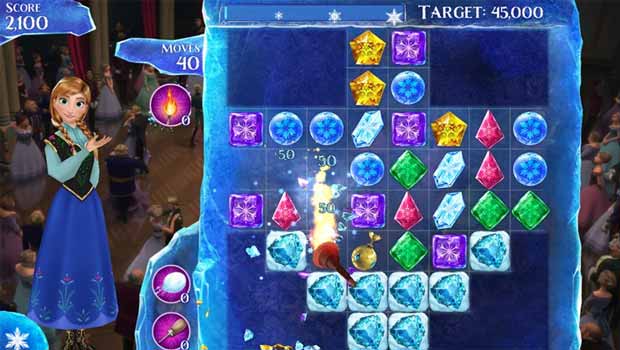 Are you a fan of the Disney movie Frozen? If yes, then you’re going to enjoy playing Frozen Free Fall. Inspired by the said film, this title takes you to the Kingdom of Arendelle where your matchmaking skills will be put to the test. You’ll be treated to 90 puzzles where the primary goal is to match 3 of the same ice crystals.

Frozen Free Fall allows you to play as different characters from the movie and there are various power-ups that are unique to each person. For instance, Anna can set an entire row ablaze, while Elsa can destroy all crystals of a particular color. Free as this release is, specific items can only be acquired by paying real cash. 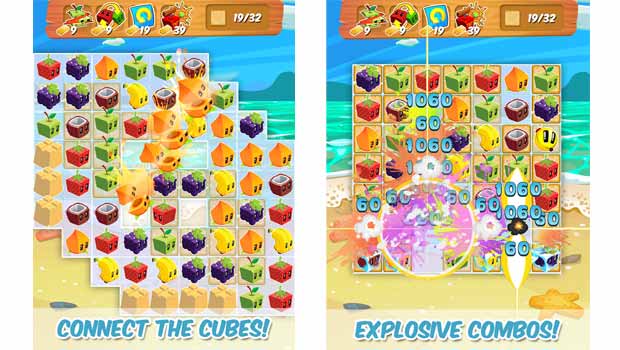 Amongst the many Candy Crush Saga alternatives, developer Rovio that’s responsible for Angry Birds, and Bad Piggies franchises have also taken a bite off the match-3 category through Juice Cubes. Featuring a tropical island setting, this game will have you connecting cubes to create explosions. The more juice blocks you join, the larger the blast gets.

Each level has a specific target that you have to achieve, and it has to be done within a certain amount of moves. Rovio is offering over 165 levels which are comfortable at first but get harder along the way. There are different islands and characters to be unlocked, and hard levels can be completed with the help of boosters and charms.

5. Dots: A Game About Connecting: 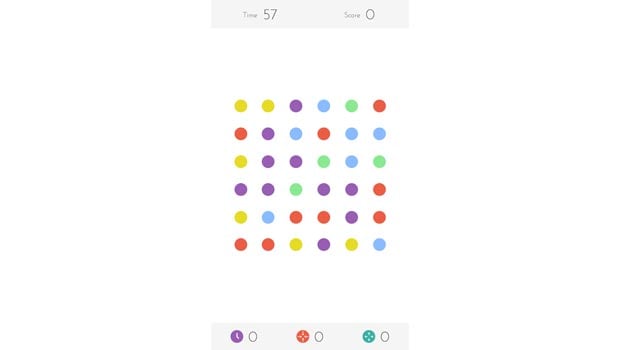 The name says everything you need to know about this release. Your goal is simple – All you have to do is connect dots of the same color to earn a score. There is a time limit though, which is 60 seconds. Various trophies can be won merely by playing multiple rounds, and the developer is offering the endless mode where there are no time restrictions, and dots are shuffled.

For a competitive experience, you can share scores with others through Facebook and Twitter or challenge a friend in local multiplayer mode. Every dot collected can be used to purchase power-ups which help increase your score, remove all dots or even improve the time. 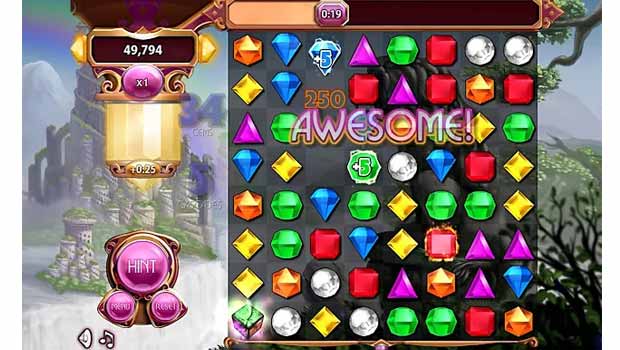 You’ll find plenty of games similar to Candy Crush Saga on mobile platforms and social networking websites, but have you played the title that started the entire match-3 craze? If not, you’ll want to take a look at Bejeweled. That’s been around since 2001. The goal here is to connect two or more types of the same jewel to earn a high score and hints are available for tough levels.

On iOS, the game delivers five different modes including classic, lightning which is a test of speed, butterflies, diamond mines and Zen. The Chrome browser version, however, only offers classic and speed modes. Both releases are free. 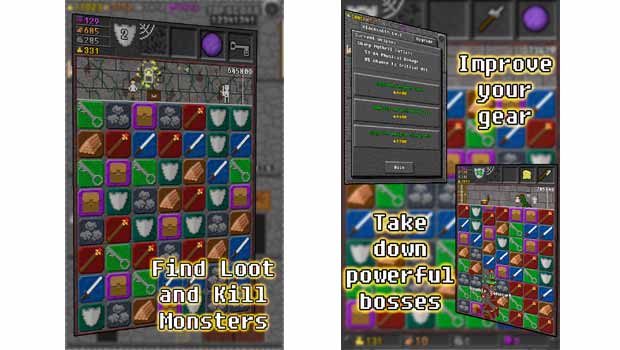 10000000 implements a similar concept to what Puzzle & Dragons has to offer. This game is an RPG action puzzler where you’re stranded in a dungeon, and your only way out of the place is to earn a score of 10000000 in a single run. Your character is controlled by matching different types of tiles. While the movement is automated, actions depend on which tiles you break.

For instance, making a set of 3 keys will open a door or chest, while swords will attack enemies. There are multiple types of items to create, resources to improve your base and skills to make your character stronger. You’ll have over 80 objectives to complete and 20 types of monsters to defeat.

These games like Candy Crush Saga will get you hooked on as quickly as the game in question did. While not all of them are free, they do offer unique experiences with diverse gameplay. So which of the games mentioned above are you planning to play?