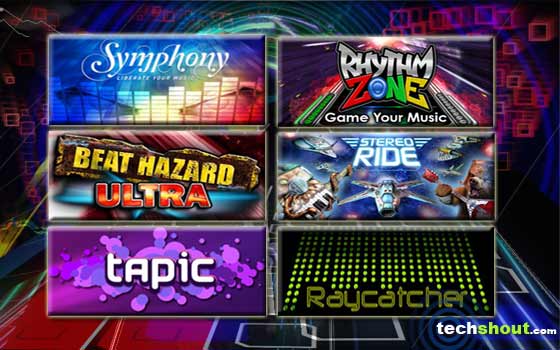 The following games like Audiosurf let you play according to your very own tunes. The names listed out here allow you to groove to your favorite music while your fingers do all the work. You’re called on to move your lanky appendages as per the flow of the music that’s emitting from your PC speakers, headphones, or mobile device. Your beloved melody directly influences the game environment. You can conquer each of these titles by correctly moving in rhythm with the beats that play out here. What’s more, you don’t have to opt from a list of boring pre-loaded songs. You can instead choose any of your desired tracks, line them up and simply sway to the same. 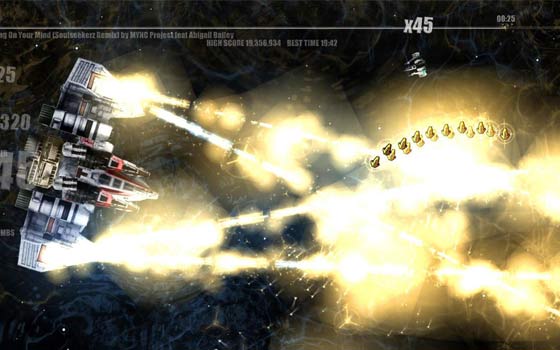 This engaging title jumps onto the scene with the tagline ‘gameplay powered by your music.’ And that’s precisely what you can expect here. Let your entire audio collection mingle with the arcade shooter genre to experience a whole new sort of excitement. The tracks you play directly affect your in-game situation. Here you can compete in local 2-player mode or join forces with a friend in the local 2-player co-op section. There’s even an adrenaline-pumping Survival mode that’s thrown into the amalgamation.

During your stay here, you’ll be able to power up and fire your lethal Beat Hazard weapon as well as take on gigantic boss ships. This one is available for the PC for just under $10 through Steam. Now if you prefer taking the action on the road, you can always download the portable versions of the same. You’ll be able to acquire the ‘Ultra’ edition for Android and iOS devices which are individually priced at $4.99. 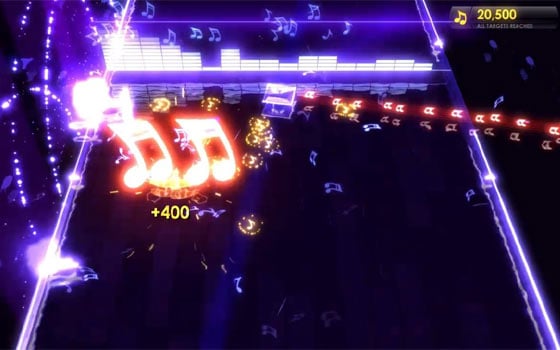 ‘Your music is under attack… You must liberate it,’ is the call to arms here. The levels that are generated here are directly influenced by your very own tracklist. Depending on whether the tone of your music is sober or intense, the gameplay will react accordingly. Foes that come at you with all guns blazing shoot as per the beat of your songs. You must succeed in your quest by gathering up items along the way and annihilating 5 unique groups of boss enemies to gain victory over the evildoers.

Each track magically transforms into a unique level. There are half a dozen difficulty levels embedded here. As the title progresses, you can unlock new abilities and useful items. This entrant in our games similar to Audiosurf roster further compatible with different file types like M4A and AAC, MP3, WAV, OGG, WMA, FLAC, WV, AIFF and APE. The Windows-compatible gem is available across online stores and is priced at around $10. 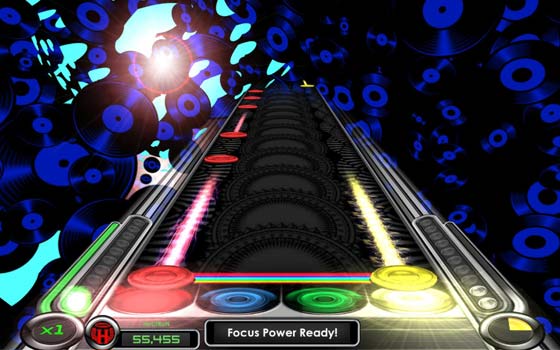 If you love listening to a particular song over and over again, imagine how much more fun it would be if it was related to a game. As the brains behind this endeavor reveal, each round you indulge in will be as unique as the tracks you opt for. You’ll be able to see the backgrounds and themes randomly change as per the song chosen for that level. What’s more, you can enjoy this falling-note, beat-matching title by employing either your trusty keyboard or a USB plug-and-play controller.

While the free demo version proffers you up to 5 songs, the full edition comes packed with 20 free songs that have been belted out by indie artists. It also features multiplayer support, online leaderboards, more than 50 Steam achievements, visualizers and focus power. This tantalizing option is also tagged at just under $9 and can be acquired for the PC via Steam. 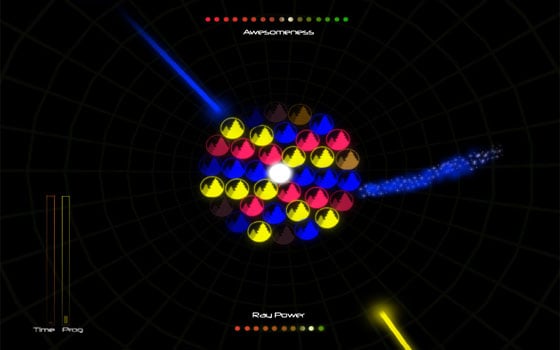 This inclusion in our Audiosurf alternatives array is fashioned to sync according to the music that’s playing in the background. The song list can comprise of all your favorite foot-tapping tracks that are drenched in MP3 and WAV formats. The aim of the game here is to maneuver the orb-like object onscreen to catch matching rays of light.

And when the light and shape merge, the cluster will evolve into a greater shape. This interesting title involves 30 evolutionary stages and a trio of difficulty levels that go from being easy-yet-challenging to really difficult. You can pick this one up for the PC by shelling out $4.99. 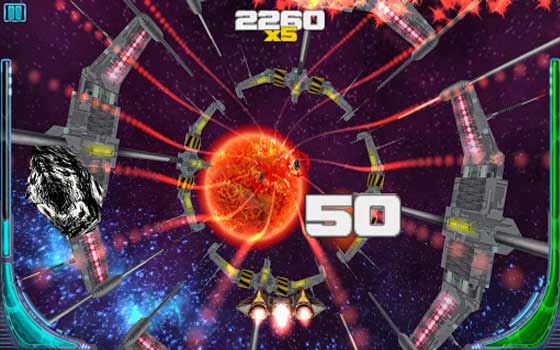 Earlier, we promised you a handful of portable applications that proffer similar music gameplay bliss, didn’t we? Well, here are some more options. This particular title lets you zoom across an asteroid-filled universe that’s formed by reacting to your music list. Step into the shoes of a pilot and zip through loads of fun levels that are generated from your desired music bits.

Simply hit the ‘add new song’ button from the song selection screen and pick your track. This one is available across the Google Play Store absolutely free of cost. 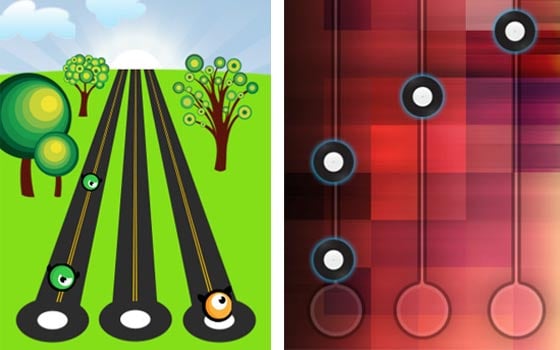 The final contender in our games similar to Audiosurf roundup is a fun, catchy title created for iOS devices. Tagged at just under $2, this delight lets you play the various levels with your very own music that’s stored across your iPhone, iPod touch and iPad.

As the developer states, you can expect precise notes generation, portrait and landscape modes, level system and plenty of game themes. The coins you earn along the way can be converted into TapCash.

The title in the spotlight here had created quite a phenomenon with its puzzle and rhythm hybrid goodness taking over the gaming terrain nearly half a decade ago. This engaging gem allows you to zoom across a racecourse made up of colorful psychedelic illusions and your favorite songs. The shape, mood and speed all depend on the tracks that you’ve chosen.

Now if you’ve been tirelessly looking for games like Audiosurf, you’re in luck as all of the aforesaid names we’ve listed here are the acme lot of its sort. Although they may not be exactly what you expect, nevertheless they do share similar aspects that should strike a chord with fans of the game in question. So try them all out and let us know which ones you enjoyed playing the most.