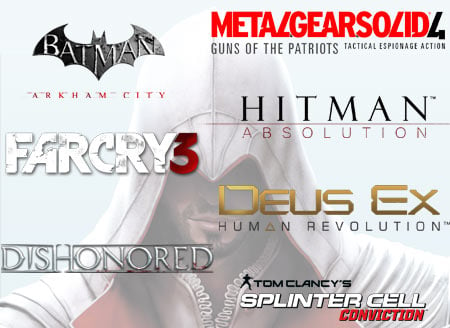 Our list of games like Assassin’s Creed has been populated by some of the best stealth-based games that you’ll come across. Such games are all about sly approaches and the kicks you get by completing your assignments unnoticed. Of course, just like Assassin’s Creed series, all these games can even be played through all guns blazing, but that just makes them less enjoyable. The superb franchise by Ubisoft features third-person stealth gameplay and has its action transpire in an open world setting which encourages exploration. Not all games from this roster kick in exactly similar attributes; however they never fail to grant you the pleasures that can only be extracted by indulging in the furtiveness and surreptitiousness of stealth-based challenges. Without much ado then, let’s have a look at them. 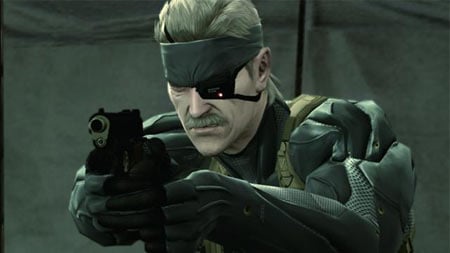 No discussion about the stealth genre is complete without a mention of the MGS series. It is the absolute epitome of such gameplay and has been proving it game after game. Metal Gear Solid 4: Guns of the Patriots was released in 2008 with its unforgettable experiences.

The gadgets and the various different suits that its protagonist can wear to boost his abilities give the title its originality. The long-standing MGS story has a rich diversity which makes it an even more enjoyable experience to revel yourselves in. 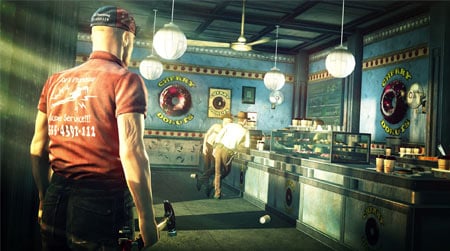 This game embraces the stealth elements which were introduced to the industry by previous games in the series, and which have served as inspiration for many developers. These include hiding bodies, sporting disguises, devising unique ways to kill targets and more. 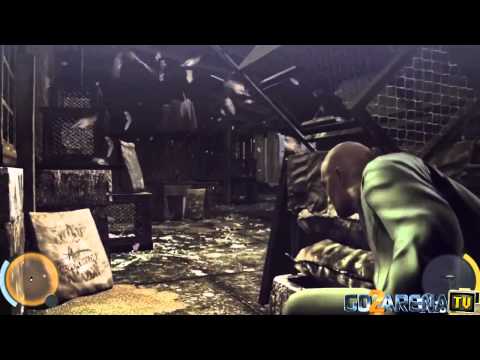 Hitman: Absolution has emerged as an incredibly challenging game that is filled with open-ended gameplay that encourages you to think before acting. Another one of this game’s features that we love is the Contracts mode. It enables you to create your own assassination contracts that can be posted online for others to indulge in and try to beat your scores. 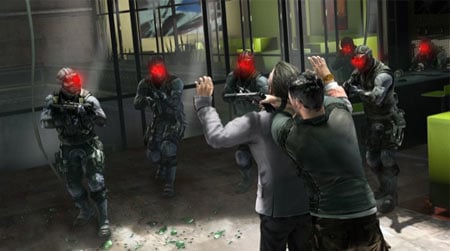 Next in our compilation of games similar to Assassin’s Creed is Splinter Cell: Conviction. One more beauty from Ubisoft, the game is the sixth main game from the long-running series. 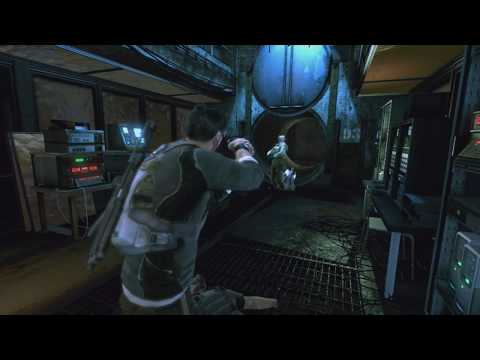 It lets you assume the role of agent Sam Fisher, the ultra-cool protagonist who has a ton of abilities up his sleeves and is assisted by various nifty gadgets that enhance the gameplay. Available now for the PS3, Xbox 360 and PC, this title introduces new elements to the series that further go on to boost its stealth aspects. 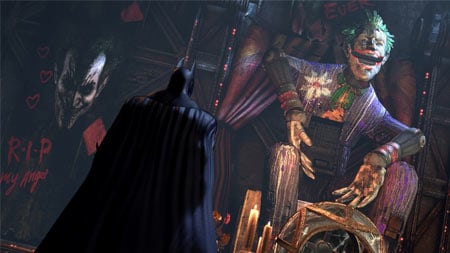 Batman: Arkham City is one of 2011’s most popular games, having startled all with its superb offerings. It embraces the open-world approach and hence has more similarities than one to Assassin’s Creed game. The game is riddled with a plethora of things to do while not indulging in its main campaign. 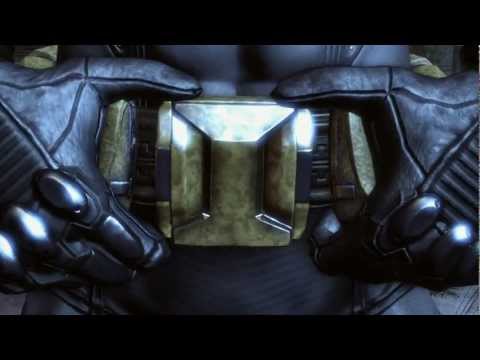 Playing as the dark knight, you get to wield all his cool equipment, while fighting bad guys in order to make Gotham a safer place. It can be bought for the PS3, Xbox 360, PC as well as the Wii U. The latter version brings a number of fresh features to the platter, as it couples itself with the GamePad controller, offering newer ways to tackle its challenges. 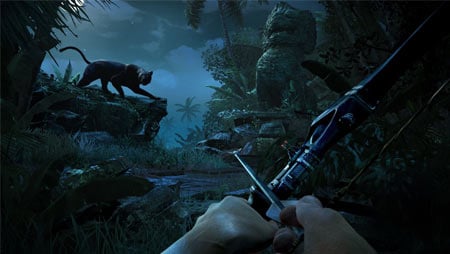 Far Cry 3 isn’t a third-person game, but it nonetheless makes its way into this roster of Assassin’s Creed alternatives based solely on its stealth and open-world elements. Also, fans who loved the hunting component in the latest AC game will definitely love the diversity offered by the hunting mechanics of Far Cry 3. 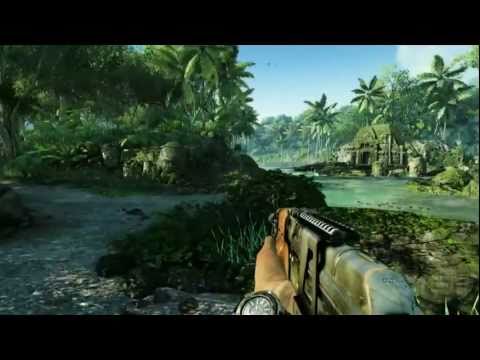 With all the guns, equipment and abilities that are at your disposal, it’s really up to you how you choose to go about tackling your challenges. Available for the PS3, Xbox 360 and PC, it kicks in a very engaging story as well. 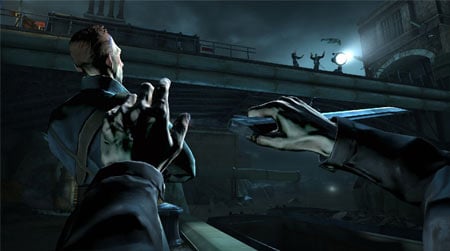 One of the most sought-after games we had the pleasure of playing in 2012 has to be Dishonored. Its open-ended gameplay is always rewarding if you choose to go about in a sly manner, killing as few enemies as possible. Believe it or not, the entire game can be completed without you having to kill even one person. Talk about ironies, especially when you’re assuming the role of a master assassin. 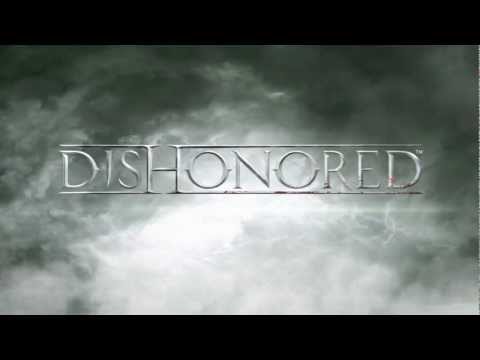 Supernatural abilities are there to help you achieve your objectives in the dark and sinister steampunk universe that has been created in this game. Couple its captivating visuals with its brilliant gameplay, and you get a beautiful game that’s going to be remembered for long by those who play it. 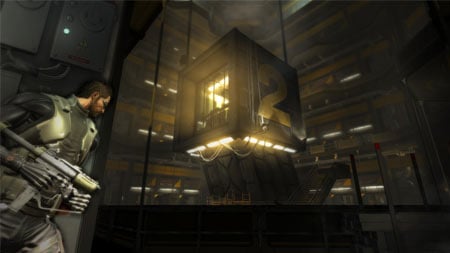 The next entry to our collection of games similar to Assassin’s Creed is Deus Ex: Human Revolution. It is set in 2027, and this futuristic setting helps it deliver some clever concepts and charismatic visuals. As its developer describes it, its gameplay is based on four ‘pillars’ – combat, stealth, hacking and social. You can choose to take any of the approaches or combine them to achieve the results you desire.

An emotional story that explores a lot of different themes lies at the heart of this game. It has received immense acclaim from critics and gamers alike ever since it was launched and is available to be purchased now for the PS3, Xbox 360, PC as well as Mac.

That ends our rant about games like Assassin’s Creed that are available out there. We hope to have provided you with enough options which you can jump into in order to explore similar gameplay to that of the Assassin’s Creed series.