The following games like Animal Jam allow you to unleash your creativity and learn a thing or two while having fun. Animal Jam is an online virtual playground that offers some awesome treats for folks who love the great outdoors. This endeavor is a joint venture by National Geographic Global Media and Smart Bomb Interactive. In here, you can create your very own characters, decorate your dens and socialize with others in a safe environment.

It’s packed with cool critter facts, pop quizzes and mini-quests too. Although Adobe Flash will be pulled on 31st December 2020 and thus render the game unplayable in your browser, you can still download and keep playing it on your PC, Mac, iPhone, iPad or Android device. And in case you’re looking for similar fun alternatives just for a change of pace, here are our top six picks PLUS two honorable mentions.

Created by Jeff Kinney, the author of the Diary of a Wimpy Kid, Poptropica is our first candidate for fun and educational games similar to Animal Jam. It is stuffed with problem-solving quests of various difficulty levels, collectible items, multiple obstacles and awards in the form of ‘credits’. The activities are spread across dozens of islands with different themes. Since Flash is retiring by the end of this year, a few of the islands won’t be playable from 2021 onwards.

But the developers have pledged to continue supporting Poptropica for Android, iOS and web. Advertisements in the form of mini-games by sponsors like Lego and Disney sometimes make their appearance in this RPG. But overall, it is an engaging and safe online environment for kids and tweens to play around in.

Roblox is not just a simple online gaming portal, but also a game creation system. This makes it stand out from the rest of the offerings on our list since kids and young adults can not only indulge in fun activities, but also develop their talents by creating games for others to play. Users can build purchasable content through this platform, with the revenue being split between themselves and Roblox Corporation.

To start playing — sign up for an account, customize your chosen avatar and choose from a vast range of user-generated adventures such as Murder Mystery, Dungeon Quest, Zombie Stories, Jailbreak and more. Roblox has a filtration system to remove inappropriate content from chats and a host of parental control options to ensure a secure online playing field for young members. Free to play with optional in-game purchases, it is supported on Android, iOS, PC, Mac and Xbox One.

Now if you want a simple pastime that doesn’t force the player to think too much, check out Slither.io which is an animal-themed title along the lines of Snake Game. It’ll keep your kids’ hands busy and their volume at zero while also being superbly engaging. Even grownups find it hard to resist. You basically have to slide around on your belly like a worm and eat as much prey as possible. This makes you grow bigger and stronger.

At the same time, you have to take care to protect your head and not bang into other players or the map borders. It gets more and more difficult to do so as you grow bigger. Those who die burst into ‘food pellets’ that can be eaten by the rest of the worms. You can also try to kill opponents by circling them, thus forcing them to bump into you and die. Play this title for free (in-app purchases available) on Windows PC, Android, iOS, or supported browsers. 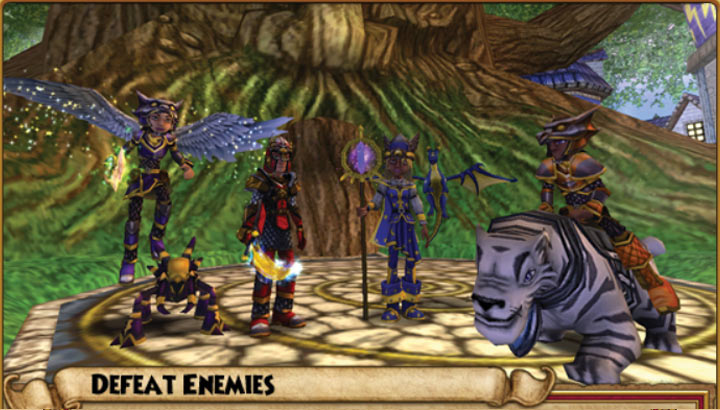 Wizard101 by KingsIsle Entertainment is a popular MMORPG that can be downloaded on Mac or Windows PC. In this game, you play as a student of Ravenwood School of Magical Arts who specializes in one particular school — Fire, Ice, Storm, Myth, Life, Death, or Balance. The gameplay principally involves you dueling with an opponent by yourself or as a team, by casting spells based on your skillset.

You can customize your character, own a magical pet, traverse through different magical worlds, fight powerful bosses, maintain a dwelling with a garden and even do some fishing! Since this title is aimed at a young audience, interaction among players in chats is carefully controlled to weed out inappropriate content.

Fifth in our games similar to Animal Jam roster is FeralHeart which is an online RPG that is totally free to play. You start by picking a canine or feline theme and start building your character from there — you can even add wings to your four-legged, furry avatar.

It’s perfect for those who like the idea of rambling in the skin of a customized critter through vast landscapes painted in old-timey graphics, and chatting with folks online. The chat boundaries have been localized so that you have to be on the same map as other players to talk with them. 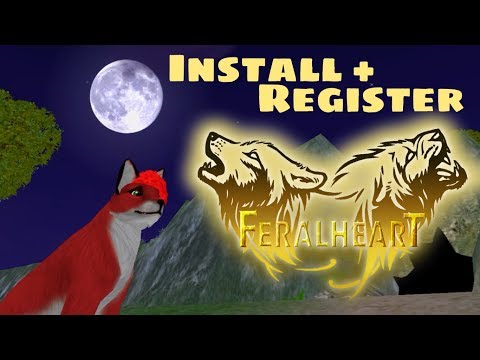 On top of this, the new maps are gigantic. This means you can peacefully roam the hillsides all by yourself if you want to, or find company and chat or role-play as animals.

In case you’re totally new to FeralHeart, check out the above YouTube video by user Ranstone or online forums to see how to sign up and launch the game.

Our Animal Jam alternatives lineup would not be complete without a pirate-themed title for sure! Released for Windows and MacOS, Pirate101 is a sister MMORPG to the older Wizard101. It’s a bit more challenging to play in comparison and the backstory might seem a bit convoluted. But you don’t need to remember any of it to strap in and begin your swashbuckling career.

This game’s narrative takes place in the galaxy of Spiral. Here, you put on your leather boots and sail around in your ship in search of forbidden treasures and opponents to fight. There are bosses to defeat, board games to indulge in and pets to train among other side activities. You can get a taste of the free trial on Skull Island and even go up a few levels before you decide whether you want to pay for a membership or not. So why not give it a spin and see if it’s your kind of caper?

Honorable mention 1# Among Us

Among Us is an online multiplayer social deduction game by Innersloth which got more popular than ever in 2020. Featuring a space setting and elementary graphics, the basic gameplay involves a team of crew-mates identifying and eliminating the imposters hiding amongst them while completing certain tasks. Meanwhile, the imposters have to try and stop the crew-mates from finishing these jobs, and also kill them without arousing suspicion.

The animations are largely mild enough to raise no objections about how the ‘eliminations’ are depicted and players can form teams only with people they know, if they want to. The in-built chat may be censored to filter out inappropriate language, although it is not password protected and can be turned off easily. Suitable for tweens and teens, it is available for Android, iPhone, PC and Nintendo Switch. The Xbox version is expected in 2021.

This 3D wildlife simulation lets players get up close and personal with wolves and the wolf ecology — virtually, of course. You get to step into the paws of these furry animals and roam Yellowstone National Park while soaking up all the experiences as the events play out onscreen. You can hunt elk and smaller prey, encounter other wolves, establish a territory, raise a family and even keep them safe from predators like grizzly bears and coyotes.

Players can also come together to form a pack and go on wild hunts in multiplayer mode. This title was originally funded by grants but is now a paid one that’s available for Mac, PC, Android and iOS. You can still download the older, free version from the Internet if you’d like to give it a go.

Now if you love what Animal Jam has to offer kids and young adults alike, then we’re sure you’ll appreciate every one of the games like Animal Jam listed out here. Some other popular browser-based titles that need Adobe Flash Player are moving to launchers so they can stay running. We’ll keep refreshing this list as and when the developers provide updates.