Gamers are Unaware of their Next-gen Consoles’ Functionality and Usage: reveals NPD Survey 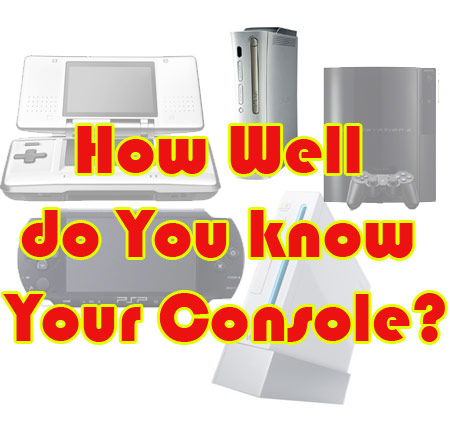 A new report issued by consumer research group NPD has almost stunned me. The survey actually puts forth how people may own an all expensive and feature-loaded device but may not be aware of its full potential.

As per a new usage report by NPD, gamers are either now aware of or perhaps are indifferent to the non-gameplay features of next-gen gaming consoles.

According to the report, PS3 owners are less likely than Xbox 360 owners to download demos and videos on their consoles, all thanks to their ignorance. And that’s not it, a meager 37 percent of PS3 console know about the backward compatibility ability for PS1 and PS2 games. On the other hand, PSP and DS owners are fully aware of what their handhelds are capable of.

Are you aware about some excellent features that your PSP has? Read on to find out whether you belong to the ignorant or well-aware category of console owners and prospective buyers.

Furthermore, the NPD study also revealed that more DS users in comparison to PSP users, and more 360 users than PS3 and Wii users, are likely to play games online.

Analyst Anita Frazier said, “This study verifies what many of us already know: features related to playing games are by far the most important to consumers of video game systems.” Frazier added, “While systems’ capabilities of providing owners with additional features may become more important in the future, currently the importance of these features and the awareness among consumers of these features is far from universal.

“To make headway in this next-gen race, manufacturers still need to be primarily concerned with the quality and entertainment value of the games themselves,” she continued.

But one revelation that totally takes the cake for ignorance is that around 40% of PS3 owners didn’t realise their console could play Blu-ray discs. Also, around half those who knew about this ability have no interest in watching movies on their console. Well, I could just say one thing to these guys, what exactly did you pay that humungous amount for?

An old adage says that ‘Ignorance is Bliss,’ but after this study I conclude ‘Ignorance is NOT always Bliss.’ Not in this case for sure!