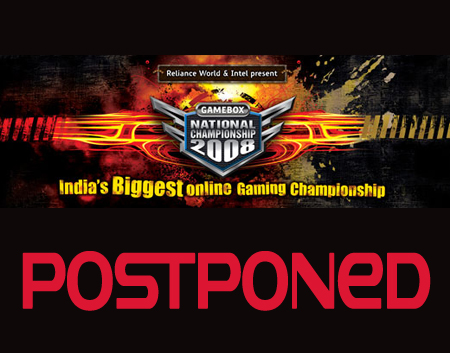 Just when we were in discussions as to who’s going to give a skip to their lazy Sunday morning slumber, to go and cover the GameBox National Championship 2008, a colleague logged on to the official site and guess what we found there! The event has been cancelled “due to lack of connectivity to the gaming servers”, reads the site.

Any and every internet user would know about the chaos that the cable cut in the FLAG international submarine cable near Egypt, has caused in the online world. From disruption in businesses to no access for personal use, the cable cut has been the reason for it all. And the cancellation of the tournament would perhaps just worsen things for many avid gamers. The failure has caused a major interruption in the international Internet services towards London and New York, where the gaming servers are located.

Due to all these reasons, Reliance World finally decided to cancel the GameBox National Championship 2008. No details on the next scheduled dates for the preliminary matches and the finals of the championship have been revealed as yet.