Gamble with Hearts and Backgammon Masters via Phone 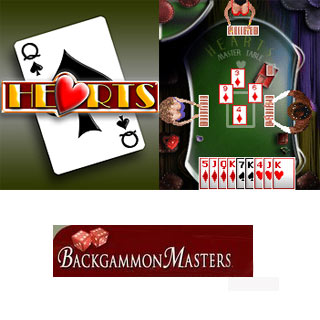 Hearts is a sequel to the series of card games that are usually dominated by popular games such as BlackJack Master, Poker Hold´em Master or Solitaire.

Ján Kalafut, COO of the company Inlogic Software s.r.o., mentioned, “There is no doubt about the popularity of card games on the market with mobile content. This is the reason why besides our other exclusive projects we are focused on card or gambling games, too. You can be looking forward to more as we are planning some attractive casino games for all of you.”

In “Hearts”, players need to be careful while drawing the cards as it is a trick-taking card game. While playing, players need to keep one thing in mind, they have to get rid of all the cards and reach the fewest points in the end. Tricks are groups of cards that are laid in each turn by players. Once taking a trick containing hearts or Queen of Spades, they are expected to get more points. This game is played by four individuals. On reaching 100 points, the scores are checked and the fewest points’ achiever wins.

The other game that also been introduced is Backgammon Master. Players are asked to move their own checkers in the path that is showed from the homeboard to the gameboard.

“We wanted to bring to the market something that players have been enjoying for a long time. Actually Backagammon as game goes back to the ancient times. Backgammon Masters is our new fun game and we hope that it will become popular among players of different age groups,” stated Ján Kalafut.

On rolling the dice, gamers have to start moving the checker, depending on the sum of the numbers on both dices. If the checker lands at the same place where the opponent’s checker is resting, then the opposing checker is borne off and the rival needs to start from the beginning of his path. When all the checkers are placed in the last part of the board (homeboard), gamers are allowed to move them even outside the board to remove the checkers from the game, leading a winning position