Galaxy S Duos 2 doesn’t get a big launch in India, out through Samsung eStore though

As if the Samsung Galaxy S Duos 2 could get more official than this. The 4-inch smartphone hasn’t been treated to a big launch ceremony in India as yet, but it is up for pre-order through the company’s eStore. The price tacked to it is Rs 10,999, which is not the best deal you can get for it at present.

This second generation Galaxy S Duos comes less than a week after Samsung introduced us to the 5-inch Galaxy Grand 2. We haven’t yet got a price for the latter though. But we’re sure it will cost more than Rs 15,000. Both devices play host to dual SIM slots and 1.2GHz dual core chips. 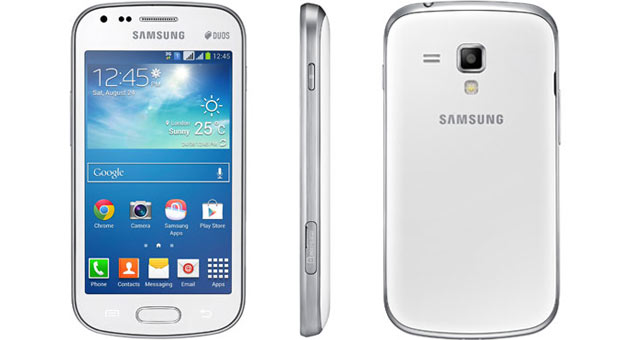 The Galaxy S Duos 2 improves over its predecessor on a couple of counts apart from the processor. Its expandable storage capacity stands at 64GB and it runs Jelly Bean 4.2. The rest of the specs and the appearance have nothing much to say for themselves. The same 4″ 480 x 800p display sits on the front with a VGA webcam above it.

The rear panel flaunts a 5MP camera with flash and there’s a 1500mAh battery under the hood. The company promises a maximum of 8 hours of talk time without mentioning on which network the handset will be able to offer this. If you want the full list of features, we’ve scribbled them below. 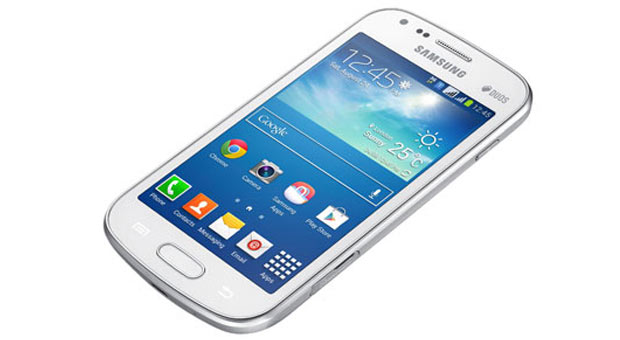 Snapdeal is selling the smartphone for Rs 10,890.