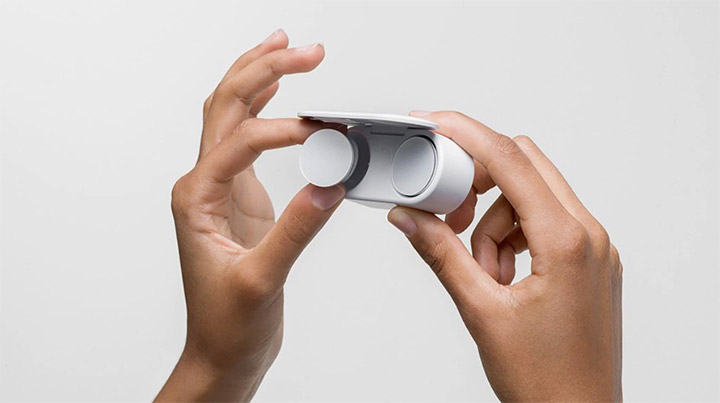 Microsoft Surface Earbuds will reportedly go on sale in European countries on May 6 for 199 euros.

The wireless earbuds can pair with Windows 10 computers and smartphones and can work with any platform.

They work with Microsoft Office and Microsoft Teams, and support features like voice dictation and can also translate more than 60 languages in real-time.

They offer active noise cancellation, Spotify and touch controls on the large outer surface of each bud.

The Earbuds features omnisonic speakers, haptic swipe gesture support along with a dual-mic array to pick up audio.

Combined with their case that charges with USB-C, the Surface Earbuds get 24 hours of playback.

The report also claims that Microsoft may announce a new Surface Earbuds colour variant when these finally hits the shelves.