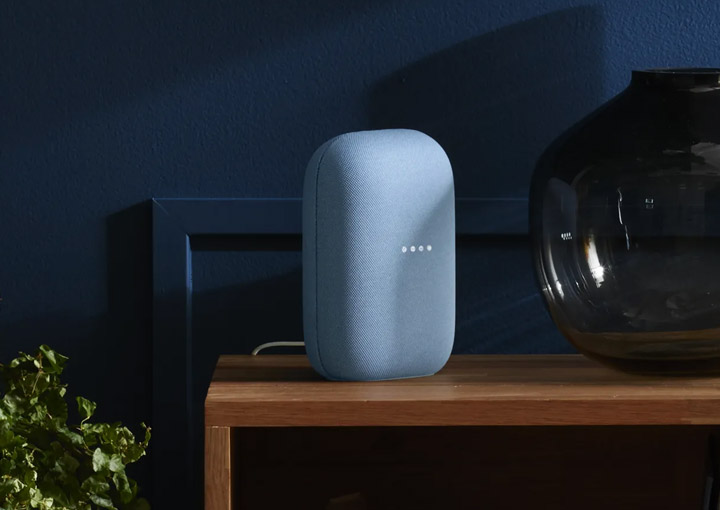 Google has released a photo of an upcoming Nest smart speaker to multiple media outlets, referring to it only as “what the Nest team is working on from home.”

The speaker looks somewhere between the pillowy Nest Mini and the larger Google Home Max with rounded corners, a soft blue-gray texture and Google Assistant’s dotted lights with a similar ability to stand vertically, reports The Verge.

Google has also shared a brief teaser video that shows the speaker being used in the background.

A recent documentation of the product also confirms that there will be Wi-Fi and Bluetooth capabilities, and a 30-watt DC power supply. There’s still no apparent USB-C port or aux input.

The newest device recently went through the FCC with the name GXCA6.

Meanwhile, there is no word on when this new Nest speaker will be revealed in full or released.

The company has also rolled out a software update to make both Nest Wifi and Google Wifi work even more smoothly as you participate in video calls or play games.