TechShout
Home Gadgets Oppo Watch Looks Like Apple Watch, Costs Half As Much 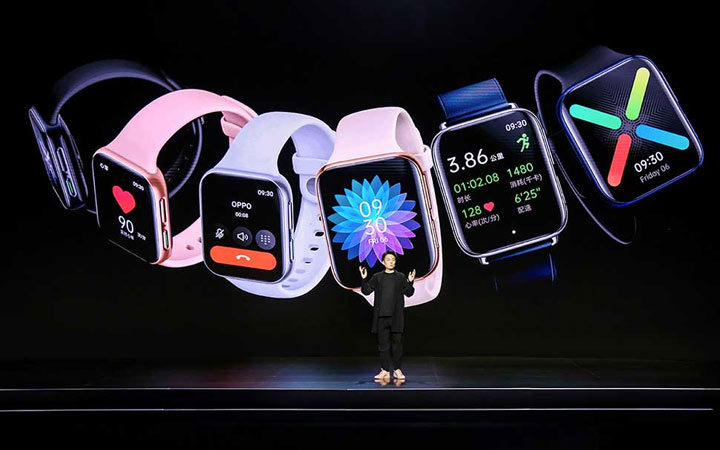 It feels odd to attach the word ‘new’ to the recently launched Oppo Watch for obvious reasons. Its design is as old as that of the Apple Watch. Just as in the Apple device, its straps are integrated into its digital face. The display is curved and squarish.

Only the Digital Crown is absent from the side which sports navigation and function keys instead. On top of that, Oppo even chose to go with the name Oppo Watch which can mistakenly be heard as ‘Apple Watch’ if uttered quickly. Imitation is the sincerest form of flattery?

In terms of specifications, the smartwatch is water resistant up to 50 meters. Its 46mm variant sports a 1.91-inch AMOLED screen of 402 x 476p resolution and 326ppi density. The display casing is just 4.5mm thin; which means it’s thankfully not even half as chunky as the Apple Watch 5.

The Oppo Watch offers eSIM cellular connectivity and the usual range of features expected of such a wearable device – sleep monitoring, fitness tracking, heart rate detector and so on. It runs on the Android-based ColorOS Watch system and boasts VOOC fast charging  capabilities. 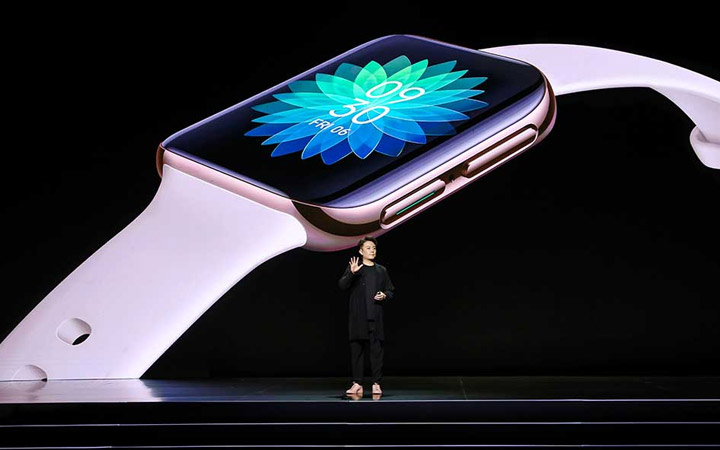 This means fully charging the wearable takes approximately 75 minutes. Having it plugged in for about 15 minutes can provide up to 46% charge, equivalent to almost 18 hours of use. Fans in China will be able to lay their paws on it this March 24, while the date of its worldwide launch is yet to be disclosed.

As Android Authority reports, the Oppo Watch is priced at 1,499 yuan or around $215. Meanwhile, the Apple Watch is pegged at $399 and upwards.