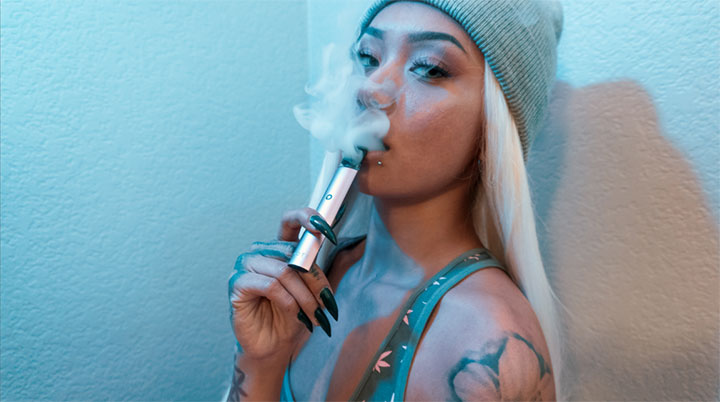 What did you do on Valentine’s Day? Did you go out for a romantic dinner and then snuggle up on the couch only to catch that acrid smell of cigarette on your other half’s breath? Or maybe you were single and ready to mingle, but got a whiff of your date’s breath and decided it wasn’t worth all that?

People don’t really talk about it – one issue that can often break relationships is a smoking habit. If you don’t like the smell as well as risks associated with it, you might as well weed out folks who smoke from your list of potential partners. As you know, smoking poses many health problems such as an increased risk of heart attack and stroke, and lung cancer for starters. And if you do smoke and want a list of reasons to vape instead, keep reading. 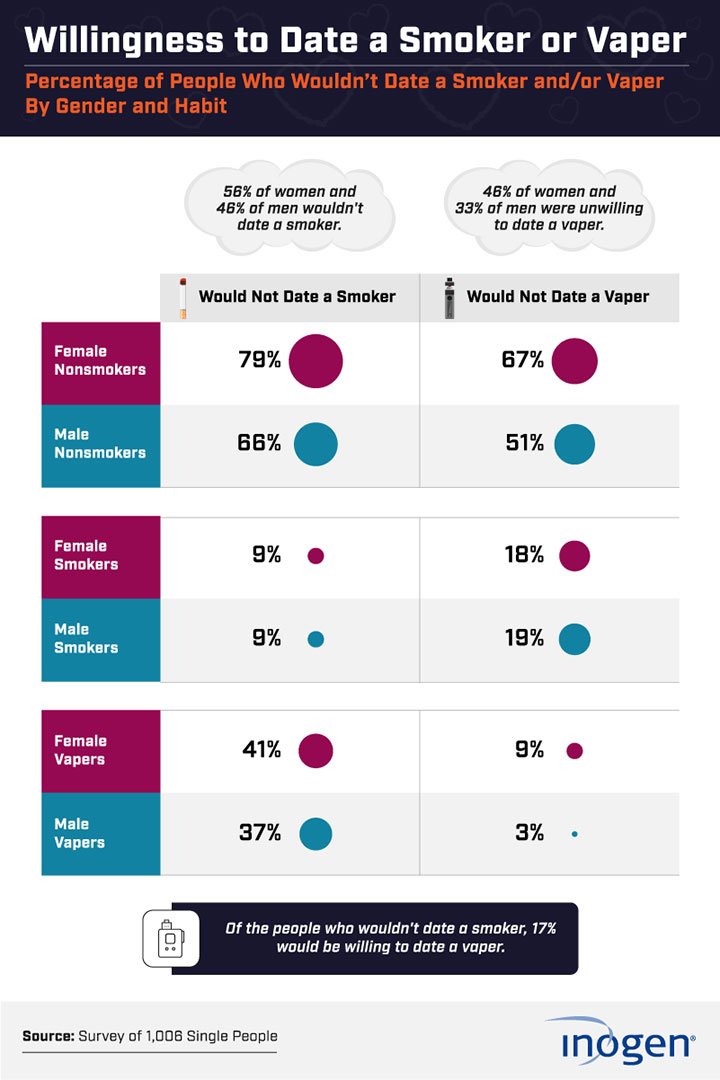 If you asked the research respondents why they wouldn’t consider a smoker for a date, 91 percent referenced the smell of cigarette smoke, while 75 percent were worried about the risks of secondhand smoke.

Kiss a vaper without a nasty aftertaste

To be honest, frequent smokers tend to have that unpleasant, ashy smell that’s hard to ignore when you kiss them. A lot of smokers carry fresheners like mints and mouth sprays even if they don’t do much to disguise ‘cigarette breath’. And the fact is that a lot of people who smoke are so habituated to the smell, they don’t even notice it themselves. So they’re not likely to take into consideration the fact that their partner or date might be repulsed by the smell. You gotta admit that alternately, vapes leave a fragrant taste in the vaper’s mouth which is unlikely to offend their dates.

Vapers give the impression of being considerate

There’s something about smelling cigarettes on a spouse’s or date’s breath that leaves their other non-smoking half feel like they’re not being considerate enough. While some people are perfectly fine with letting their partner make their own choices, they don’t want to be exposed to the dangers of secondhand smoke or the ashy odor. So obviously, vapers with their vanilla-cherry-butterscotch-watermelon-jasmine-mint or whatever other intriguing vape juice flavor, seem much more polite and caring in comparison.


People fall into routine as they get older. Their minds get stuck on certain impressions about life, social mores, human behavior and a myriad of other things. It’s easier for someone to make a simple switch in their habits such as moving from cigarettes to vapes (we’re talking about smoking in the interest of staying within context here) if they’re open to change, and more difficult for folks who prefer to embrace ‘the traditional way of doing things’. 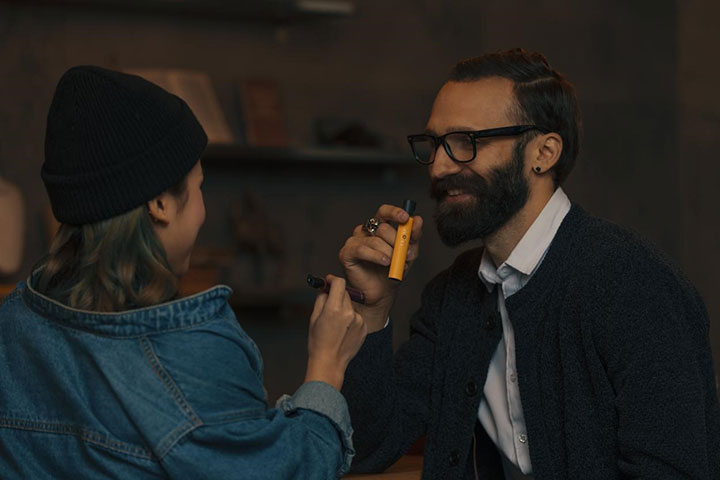 Vapers appear to be more affluent

There’s something about a vape pen that automatically makes an onlooker think that the person holding it cannot be low on cash. It’s difficult to put a finger on the reasoning behind this, apart from assuming that a lot of people mistakenly think that vapes are an expensive investment, even though it’s untrue. Well, you know what they say about catching more flies with honey, if that’s what you’re relying on for a good first impression. Need we go on?

There’s a quiet battle brewing between smokers and vapers. Some snide comment uttered while passing by each other, an incredulous look accompanied by reasons as to why one habit is superior to the other and so on. But the truth is that when it comes down to picking a date to go out with more and more people are starting to find reasons to choose someone who vapes over a smoker.

If you’re actually trying to kick the butt for good, check out options from electronic cigarette brand MOTI. The company will gladly get you set up with the right MOTI pod device or MOTIPIIN disposable e-cig.