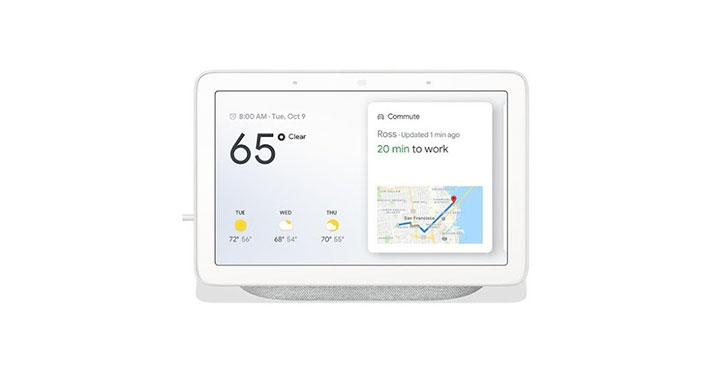 Taking on Amazon Echo Show, Google on Monday launched Nest Hub, its smart speaker with a screen, in India for Rs 9,999.

The smart device is available on Flipkart, Tata Cliq, Croma, and Reliance Digital in chalk and charcoal color options.

Google Nest Hub features a 7-inch touchscreen panel and is compatible with Android, iOS, Mac, Windows, Macbook and supports Bluetooth 5.0 along with Wi-Fi, the company said in a statement.

Apart from YouTube, It offers all the major Google applications such as Calendar, Google News, Duo and Play Store.

One can also access some third-party apps such as Spotify, Voot, Gaana and JioSaavn.

It comes with the company’s Ambient EQ feature which automatically adjusts the screen brightness as per the ambient light in the room.

The device also comes with Google’s “Voice Match” feature which would be able to recognize voices from different users and pull up personal data for them on the home screen.