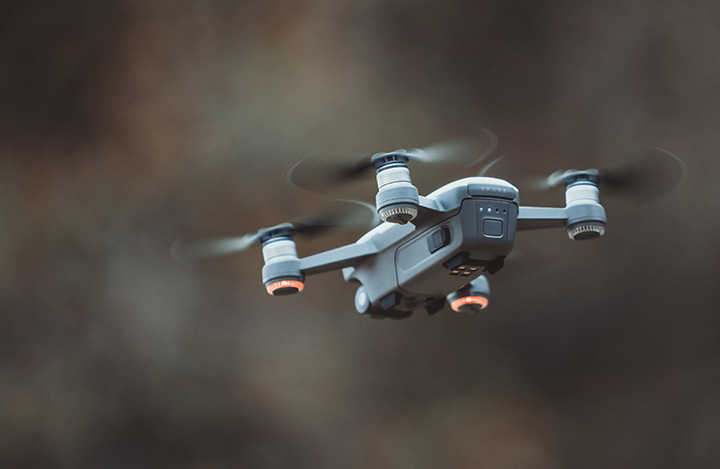 Gambling has grown in popularity in recent years. It took a huge step forward when it went online. The next big advance in terms of its spread was when it went mobile, courtesy of mobile app technology. It meant that you didn’t have to own or have access to a computer with an internet connection and it gave birth to a whole new generation of bettors.

Like any industry, the gambling industry can’t afford to stand still and its expansion into the sports arena, together with the introduction of in-play or live betting was the next big motivator for the new influx of punters.

The gambling industry is extremely innovative and it is always on the lookout for new technologies and how they can be harnessed, as testified to by the spreading use of the internet and the more recent use of mobile devices. App development has meant that mobile online gambling can offer great access and realistic environments, better even than many conventional brick and mortar casinos.

Drones are the latest thing to have caught the imagination of the public, and they have taken off in a big way allowing people access to hereto unavailable locations and views. Courier businesses like Amazon are now investing heavily in importing the technology for making faster same-day deliveries and not just airborne ones.

The gambling industry as mentioned earlier likes to keep pace with innovation and drones are now being used by some individuals at horse racing meetings. They not only bring a whole new angle to what goes on during a race, but they also enable viewers to see transmissions in real time as they are happening.

Most horse racing events are televised by the big media companies using satellite technology. But satellite real-time is actually several seconds behind the actual event. This is due to the time it takes to bounce the signal off devices in orbit. In some instances, this can be as long as seven seconds. On the other hand, images broadcast by drones are received pretty much instantaneously.

To the uninitiated, seven seconds doesn’t sound like much time; but in a horse race, a lot can happen in those seven seconds. If you can spot significant happenings as they occur, being seven seconds ahead of others can make all the difference – especially if you are betting on horse races using the “in-play” or live betting options.

Racecourse owners are not happy about the use of unauthorized drones. Only one or two official broadcasters have used drones to date and because they are “official,” they have appropriate clearance and are aware of any other flights in and out and around racecourses.

The fear is that unregulated drone use could endanger people who use light aircraft and helicopters – something that these days is quite common. It was only back on December that Gatwick airport was completely shut down because drones had been reportedly sighted in the area, and a few weeks later something similar happened at Newark, New York’s second largest airport.

But back to horse-racing, it’s not just the safety aspect that concerns racecourse operators. The fact that unofficial drones could impact betting, and in an adverse way against the establishment, probably has a lot to do with the authorities’ unhappiness directed at this new technology. Some courses see “rogue” drone use as theft.

But, as is usually the way with new technology, it does get adopted across the board eventually, and drones are no exception. They are already being used by many media organizations and or two sports broadcasters are dabbling in it, so it probably won’t be long before it is widespread throughout horse-racing, once the necessary safety rules and regulations are in place.