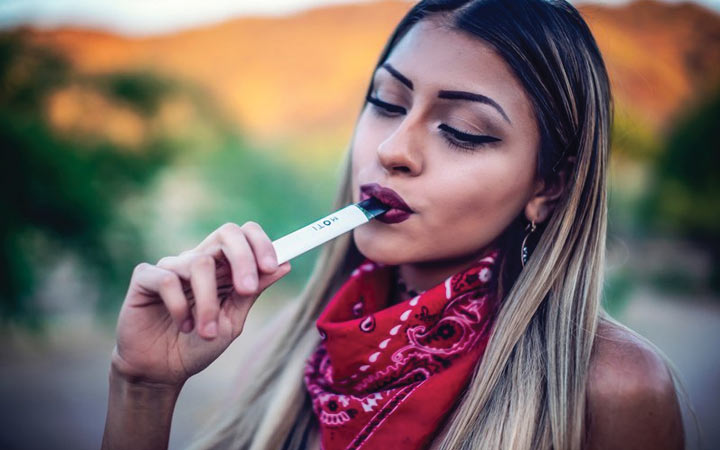 Vaping has become a popular option for those who want to give up on cigarettes as well as for people who want to enjoy the sensation of smoking without risking the health hazards associated with it. There is research out there stating that vaping is less harmful than traditional smoking. Among the popular brands in the vaping industry is MOTI – it that offers some of the most advanced e-cigarettes out there in very portable form factors.

The main ingredient in the company’s e-liquid is natural fruit and vegetable glycerin. When vaping, it does not give out harmful substances such as tar, carbon monoxide, suspended particulates and so on. According to the FDA, vaping can cause 95% less damage as compared to traditional tobacco and this is based on the fact since burning does not occur, no harmful substances are released into the lungs or the surroundings.

The 6th Gen Ceramic Coil Heating Technology and innovative Meta Tech Heating Technology MOTI’s devices boast of help retain a stable temperature and heat conduction – each drop of e-liquid is fully vaporized. When combined with the nicotine salt included in the company’s e-liquids, it results in a richer, flavorful, and more enjoyable vaping experience along with smooth nicotine hit.

Also, there’s no chance of developing yellow teeth and bad breath since there is no tar. Incidentally, the burning of tar which happens when lighting up a cigarette is potentially carcinogenic to humans. With vapes like the MOTI, you basically get a fresher smelling room since it carries the flavored fragrance of fruits and vegetables! 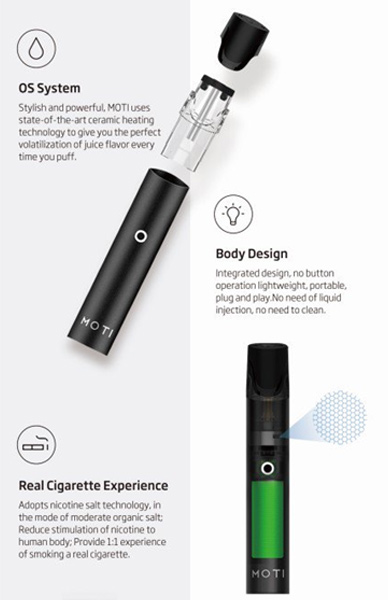 Now another aspect of dropping smoking for vaping is the financial impact. One pod of e-liquid is equivalent to roughly 2 packs of cigarettes and it costs just a fraction of that. Not to mention, the convenience of starting to vape immediately without having to search for your lighter.

Of course, the most important in every product is quality. MOTI’s e-juice contains imported flavors from Capella that use really great ingredients in its products. Also, the core of the atomizer is ceramic, something that simulates the sensation you get when smoking real cigarettes. In addition, these vaping devices are made of nicely textured, high-grade materials and are very wear-resistant. The company’s supplier is Eastman from the US, by the way.

It’s not enough to talk about just the internals when it comes to MOTI’s vapes. They’re high up there in terms of aesthetics, showing off a sleek and modern design. Using it is ridiculously simple since there are no buttons and switches – all you have to do is draw and enjoy. Also, the 500mAh built-in battery can be recharged in less than an hour and is good for over 600 puffs. Instead of the prefilled pods, you can alternately use the MOTI refillable pods to create the flavors you like. 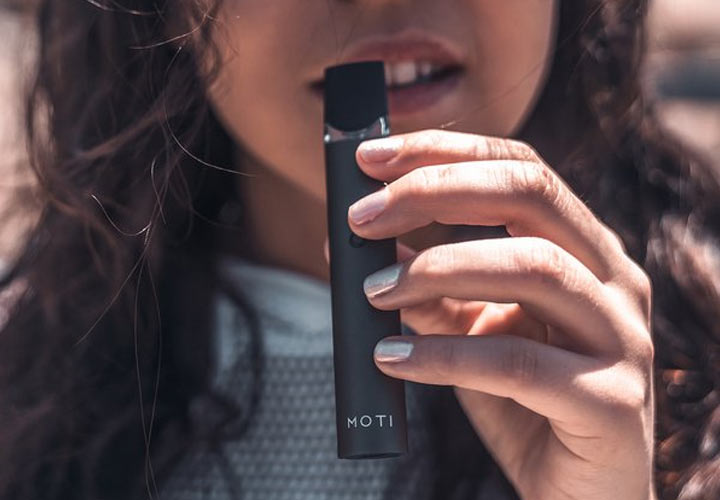 Along with the main vape unit, the starter pack includes all you need such as a pre-filled or refillable pod and a USB charger cord. And if you think you’ll miss smoking real bad, the company’s devices adopt nicotine salt technology, in the mode of moderate organic salt, reduce stimulation of nicotine to the human body, and provide 1:1 experience of smoking a real cigarette. See all about the company and its devices on its official website.