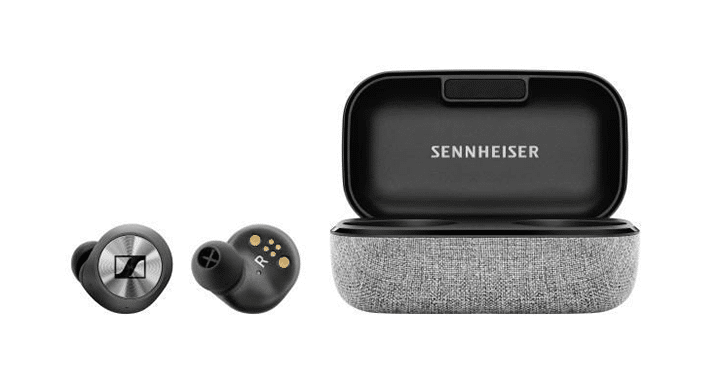 The new “Momentum True Wireless” Bluetooth earphones have a four-hour battery life that can be recharged via its compact case with integrated power bank.

The Sennheiser Momentum earphones are splash- and sweat-resistant, Sennheiser said.

The 2-mic noise cancellation beamforming technology and “Transparent Hearing” in the earphones allow one to always be aware of the surroundings, with or without the music, Sennheiser claimed.

On the move, the Transparent Hearing feature lets listeners hear ambient sounds for improved situational awareness, or for participating in conversations without removing the earbuds.