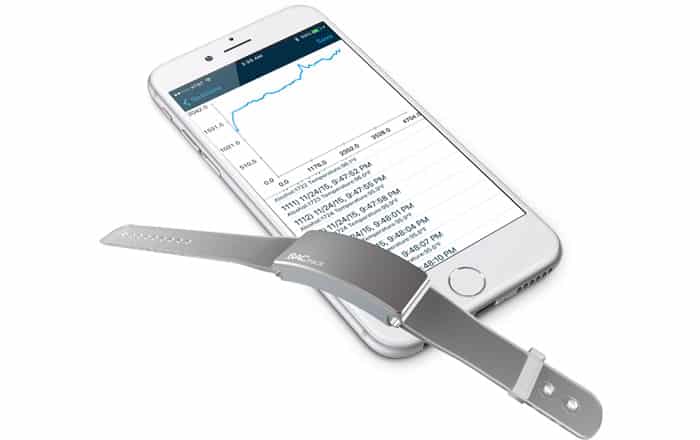 Measuring blood alcohol levels could soon be done with a device that rests on your wrists, rather than the clunky machines that require you to blow into them. A wearable named BACtrack Skyn has just come into the picture as a wristband which is also a blood alcohol monitor.

This little gadget has just won the $200000 grand prize at a government sponsored competition called the National Institutes of Health Wearable Biosensor Challenge in the US. It is able to detect alcohol in your blood using a fuel cell technology that monitors your sweat.

Despite being extremely innovative and having great potential, the BACtrack Skyn suffers from one big disadvantage – it’s incredibly slow to give out its results. Since it relies upon your sweat to monitor your blood alcohol levels, it will take about 45 minutes to produce its readings. This limits its usage in daily scenarios like police checks.

Also Read: A that wristband transforms your arm into a touchscreen display [Video]

However, it can come in handy for taking long term readings of someone’s blood alcohol levels and keeping track of their drinking habits. Plus, the BACtrack Skyn also has a feature that warns you if you’re drinking too much. And it is even capable of notifying a family member if it detects alcohol in your body.

BACtrack has a strong history of creating breathalyzers for use in law enforcement as well as personal lives. Its newest product will take some time to reach the market, but it’s indeed slated to be released this year.

Those interested in getting a BACtrack Skyn for themselves can register on its official website to be notified when it is made available for pre-order.