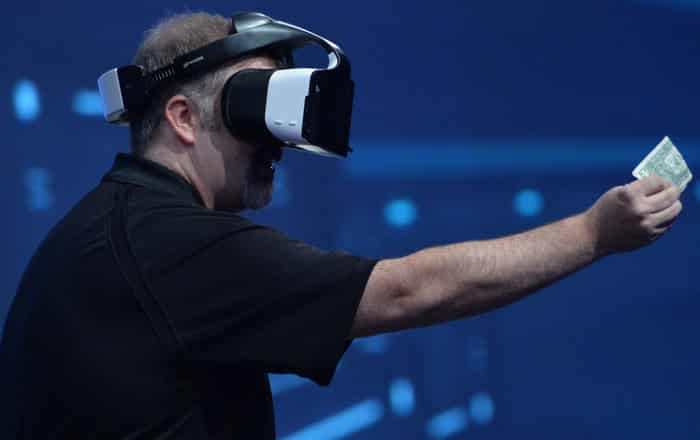 Intel has officially entered the world of virtual reality with its very own VR headset called Project Alloy. The Head-Mounted Device (HMD) promises merged reality experiences which blur the line between the real and the virtual.

Project Alloy is set apart from the likes of the Oculus Rift by virtue of being completely untethered. All its computing power is derived from inside the headset itself, which means people won’t have to deal with or be limited by wires. There aren’t even any controllers to go with it since their hands can be used to interact with elements of the virtual environment thanks to Intel’s RealSense technology.

Such a merged reality scenario is possible because of the in-built Intel RealSense 3D cameras, getting rid of the need to set up external sensors or lenses around a room. The company has even put up an intriguing demonstration of the device’s AR and VR potential in a video.

In it, a person walks into a party where people interact with them in a realistic manner. They can walk in any direction, use their hands to pick up a drink, and even pause the proceedings to move people around. It’s an interesting concept and could take the current crop of VR games to the next level.

Intel has also announced its collaboration with Microsoft to out a set of specifications for mixed reality PCs and head-mounted displays. The latter is currently working on its Windows Holographic Shell for developers to run and make mixed reality applications. The platform is set to arrive for all Windows 10 PCs next year.

It’ll allow all VR and AR headsets, including Microsoft’s own HoloLens, to run 2D and 3D apps. Meanwhile, Intel is planning to release the Project Alloy hardware and open APIs to developers and partners in 2017.