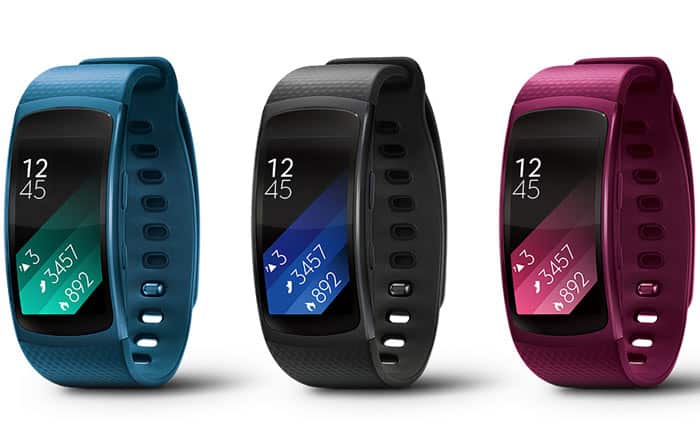 Samsung has decided to take another knock at the world of fitness wearables with the launch of the Gear Fit2, arriving nearly two years after the debut of the flawed original model. It’s also unveiled a cool pair of activity-tracking wireless earbuds dubbed the Gear IconX.

The new Samsung Gear Fit2 improves upon its predecessor by leaps and bounds thanks to a few crucial changes. First-off, it supposedly offers a much more comfortable design thanks to it being nearly twice as wide as its narrow ancestor. Its curved super AMOLED screen measures 1.5-inch and showcases information only in a vertical format instead of confusingly switching between horizontal and vertical.

Compatibility is a bit restricted since the Tizen-powered Gear Fit2 only works with Android devices and not iOS. However, this doesn’t necessarily have to be a deal breaker since it doesn’t need a smartphone to perform most of its functions. You’ll have to miss out on things like notifications for calls and messages, though.

In terms of specs, all the usual suspects are here from heart rate sensors to automatic activity detection. There’s 4GB of ROM to store up to 500 songs in, with the added option of Spotify streaming. Battery life in the Samsung device stands at 4 days from a single charge, while IP68 certification guarantees a high degree of water resistance.

Moving on to the Gear IconX, the gadget is being touted as an all-purpose earbud which doesn’t need a phone to relay information. You simply have to place it in your ear to activate it and tap on the touchpad to kickstart fitness tracking and real-time voice feedback on your progress. Highlights include the ability to take calls cord-free and 4GB of ROM to play up to 1000 songs.

The Samsung Gear Fit2 is priced at $179.99 and is currently up for pre-orders via the brand’s site. It’s set to hit markets on June 10. The Gear IconX will come out a bit later in Q3 this year and cost $199.