Omate has been making a name for itself over the years as a producer of affordable smartwatches with products like its TrueSmart series of wearables. The brand has now come out with a new offering dubbed the Rise which starts at $199.

The Omate Rise stands out from the crowd by virtue of running a full version of the Android OS. It therefore acts as a mini replica of a smartphone, letting users have access to features which are not available through devices containing Android Wear. It even allows users to insert a normal microSIM card into a slot. 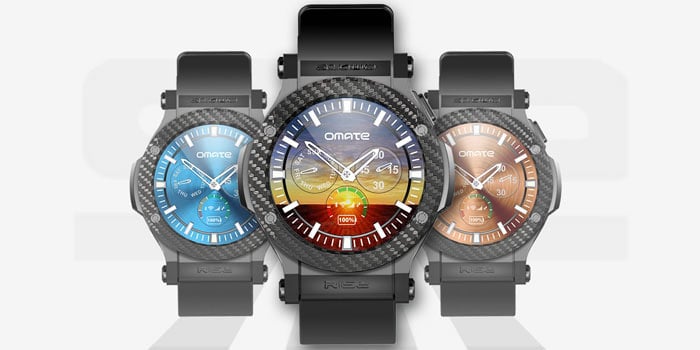 The Omate gadget is priced at $199 for Super Early Bird shoppers. These early backers will additionally get a free Bluetooth heart rate monitor chest belt with their purchase, a useful tool as the smartwatch itself doesn’t come with a heart rate tracker. The retail cost of the wearable is $349, with shipments expected to begin by the end of March 2016.

The body of the Rise is made out of polycarbonate and the device additionally comes with a unique carbon fiber bezel. Omate has equipped it with 1 ATM water resistance up to a depth of 10m. The wearable runs on Android 5.1 Lollipop with a layer of the brand’s own Omate OUI 4.0 on top. Users can receive notifications from devices running iOS or Android software.

The Omate Rise is backed by a 580mAh battery, which can supposedly last for 72 hours of standby time on 3G. In terms of memory, it packs 512MB of RAM and 4GB of ROM. It’s powered by a dual-core 1.2GHz MediaTek MT2601 processor coupled with a Mali-400 GPU. The smartwatch sports a 1.3-inch display with a resolution of 360 x 360p and sapphire coating.