LG has been quick to try and charm critics after the reception it received for its first Android Wear product, seeing as it has already launched the new LG G Watch R which comes equipped with a round dial. The only other smartwatch with the same design is the Moto 360 from Motorola which is yet to hit the market.

The LG G Watch R will be put up on display at the IFA 2014 in Berlin, and this is where you can expect to find out more about its price and release date. It grabs a P-OLED display spitting out 320 x 320 pixel resolution visuals and the panel occupies 100 percent of its watch face. 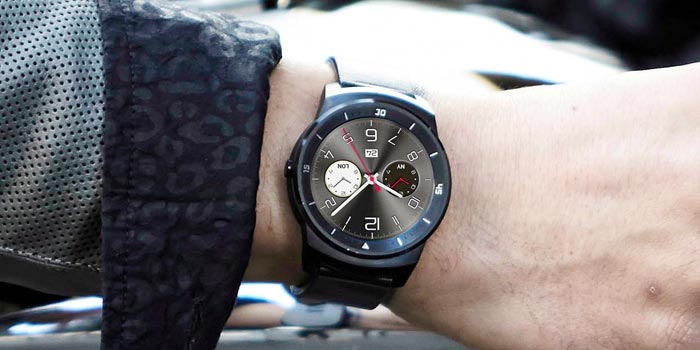 The new Android Wear product from LG has been granted an IP67 rating that allows it to run for up to 30 minutes in one meter of water. Built with a stainless steel frame just like the Moto 360, it grabs a heart rate sensor, a PPG sensor, a barometer and other useful sensors.

While the color of the watch faces will remain black, interchangeable belts will indeed form part of the G Watch R’s offerings. The one in the images is a 22mm calf skin leather strap if you’re wondering.

Here’s a quick look at the specs of the LG G Watch R:

The LG G Watch R will be hitting key markets in the fourth quarter of this year, right in time for the holiday season shopping rush. Other details about it are expected to be revealed at the much awaited IFA.