The Cicret bracelet that turns your forearm into a touchscreen, is a cool new wristband which makes Google Glass look so 2012. The device uses projector technology to beam the display onto your skin. So there won’t be any more shattering the precious panel of your smartphone or tablet in the future.

The Cicret concept is meant to operate as a standalone device even though it can be synced to a phone. With it, you will be able to check mails, browse the internet, play games, watch videos or make phone calls. The bracelet contains eight proximity sensors pointing in the direction of the forearm, providing you’re wearing it right way of course, and a pico projector. 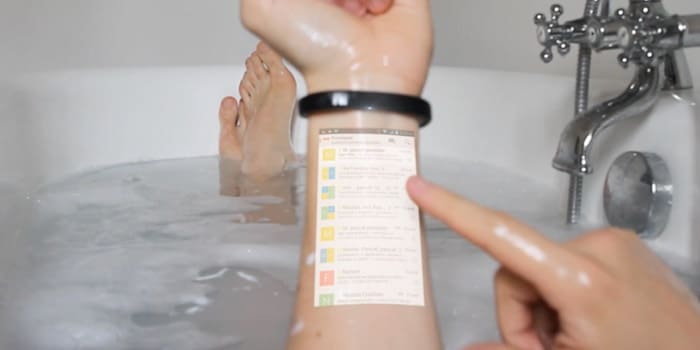 The long-range sensors will be the components enabling you to interact with the touchscreen by recognizing the gestures you make. The developers hope to design the Cicret in a manner allowing it to accept tap, pinch and swipe motions. Without the proximity detectors, the display appearing on your forearm would be nothing more than a projected visual, but obviously.

The wristband is expected to be embedded with Wi-Fi support, an accelerometer, a microUSB port and Bluetooth connectivity. You may be able to pick it up in two memory options of 16GB and 32GB. There’s always the question of how responsive the projected touchscreen would be, something we’re not likely to find out until the Cicret is actually produced for testing. 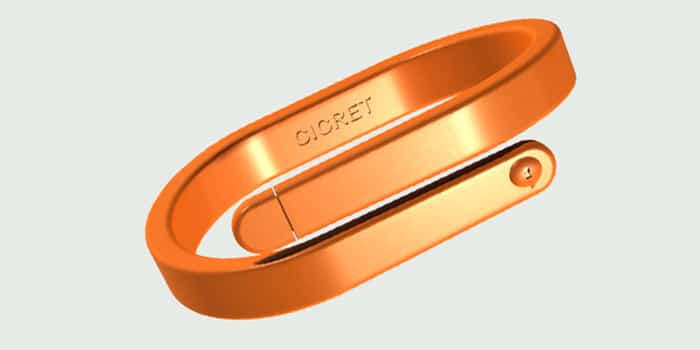 You won’t be able to place an order for the Cicret as yet seeing as the developers are still trying to raise enough funds to build the very first prototype and the synonymous app. €700,000 is required to see the project come to life. Head over to this page, in case you’re excited about the possibility of playing a part in encouraging the next generation of wearable gizmos.

Check out the YouTube video posted above in order to get a better idea of how the Cicret bracelet works, if you please.