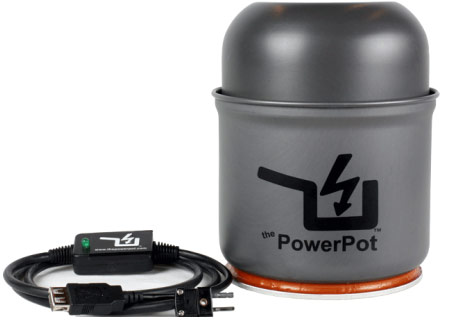 Camping in the wilderness could mean no electricity; but the makers behind the PowerPot seem to have a walkaround that’s capable of juicing up a few gadgets. The device in question is said to be a portable energy source that can power up most devices with nothing more than water and heat.

Unlike solar power which requires a constant light source, this gadget or cooking vessel as it may appear, utilizes thermoelectric power, something that was originally intended to supply energy to satellites. Built in a lightweight pot-like form factor, users should be able to generate electricity at almost any place and time.

“There are over 200 million people in Africa that use cell phones but lack access to electricity. Some must walk over a mile and spend over 15% of their monthly income just to charge their phone,” commented Power Practical CFO Caleb Light. “It is difficult to keep in touch with loved ones or do business off-grid. Since most people faced with this problem cook on an open fire, the PowerPot fits perfectly into their routine.”

Available in two types, the PowerPot V is apparently capable of generating up to 5 watts of electricity, while the PowerPot X has an output capacity of approximately 10 watts. The former weighs less than a pound, while the latter option has a similar mass and design to that of a regular kitchen cooking pot. With the V variant, most handheld devices like mobile phones and MP3 players should reach their maximum battery capacity in a period of around 60 to 90 minutes. 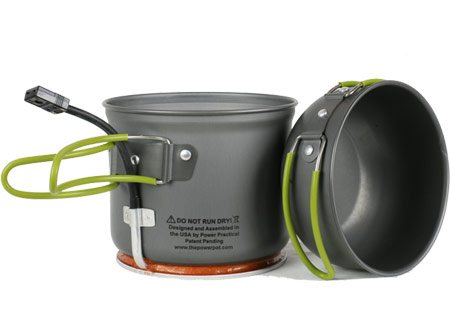 The PowerPot price amounts to $125 for the base model and it is available for purchase through Kickstarter.