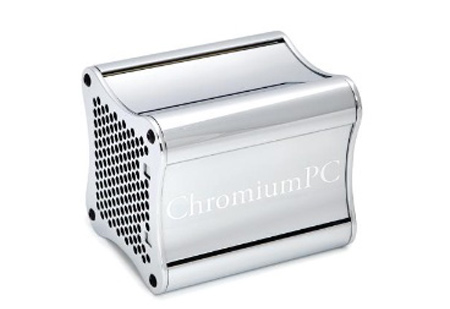 Who wouldn’t like procuring a cube-like, low power dual-core modular device that embeds outweighing flexibility to run other powerful operating systems or execute specialized functions? We can’t light upon anyone around. For users who like high performance glued to a compact form factor this way, Xi3 ChromiumPC modular computer can emerge as an ideal pick.

With this, the company claims to having developed the world’s foremost desktop computer to run Google’s highly publicized Chrome operating system. The device features an aluminum chassis that accommodates three interconnected boards entitled the processor module, the primary I/O module, and the secondary I/O module.

“The Xi3 Computer Architecture is designed to support any x86-based operating system, including Windows, Linux, Unix, and other open source-based operating systems,” quoted Jason A. Sullivan, president and CEO of Xi3 Corp. “Although we’ve been promoting, discussing and working on modular computers for some time, we feel the market is now ready for a desktop computer with a cloud-based operating system like the one offered by Google. If someone chooses to switch their ChromiumPC to run a different operating system, it’s as easy as swapping out one of the three boards inside the computer.

Powered by a dual- or single-core 64-bit, x86-based processor, the Xi3 ChromiumPC will be prancing in multiple shades, subsuming a chrome-plated chassis. The new system is anticipated to enhance the entire user experience through a multitude of advanced, useful features.

The Xi3 ChromiumPC modular computer is expected in the second half of this year, while its price point will be announced later this year alongside additional specifications announced at that time.