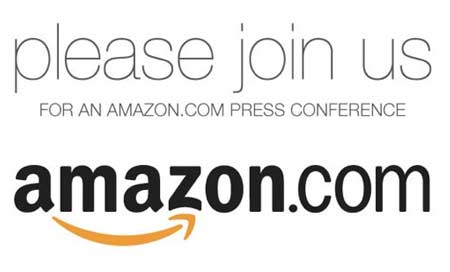 After endless speculations about the release of the iPhone 5, there seems to be another contender in techville claiming its fair share of limelight and it is none other than the Amazon Android tablet. The tablet which surfaced in the form of rumors earlier this month may just be announced at a press conference scheduled to be held on September 28 at 10am.

Engadget says the invitation does not disclose the agenda for the press conference. The tech-world is anticipating the e-retailer will showcase the much awaited Android tablet. Though, there could also be a possibility of the introduction of the rumored 7- and 10-inch Kindle e-readers.

The speculated tablet will operate on a forked Android platform which is very much similar to the Kindle user interface but will offer access to the Android Market. The full touchscreen 7-inch slate does not sport even a single button. It is said to be pre-loaded with a visual web reading app called Pulse as well as the Angry Birds game.

Multimedia functionalities are said to include the Cloud Player in addition to the Amazon Instant Video Player. Its internal memory is only 6GB but the tablet is expected to support the company’s cloud services. This Wi-Fi enabled device offers a long battery life of up to 10 hours and will flaunt a design similar to the BlackBerry PlayBook.

The invitations have been sent out and the press conference will be taking place next week but no concrete details have been revealed yet. So users may want to stay tuned to find out what Amazon has in store this time around.

5 Useful Gadgets Up To €46 For a Present