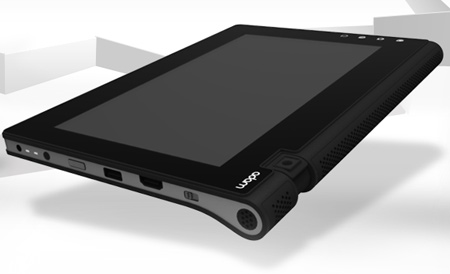 Of course, everyone who wants the Adam tablet is probably crossing the fingers and hoping that there will be no more vague delays like the ones dotting the company’s track record. The official Notion Ink blog claims that their much talked about slate dubbed Adam should start shipping on Wednesday after having finally received FCC clearance.

Back in June, we got news stating that the tablet’s likely release date would fall sometime before November. When Notion Ink did begin taking pre-orders for the device, the calendar had been flipped to the month of December and the accompanying T&C seemed to have a few displeasing conditions among the lines.

Now that the long delayed FCC certification has blessed the Adam at last, pre-order customers ought to breathe a sigh of relief. Adding a bit of interest to the saga is the slate’s final NI3421A01 product code which reads as NI3421A01. The NI stands for the company name, A01 for the Adam series and the figures in between are consecutive numbers in the Fibonacci series.

Incidentally, the 1308 version popped up in May 2010 which was around the time that Notion Ink’s investor issues surfaced. An update on the blog talks about two layers of matte surfaces on the tablet’s LCD. There’s a matte screen protector on the display’s outer surface and an inside layer for cutting down on gloss while ensuring that the colors are not washed out.

The company has roped in an unnamed media group to bring in content such as music, videos, books and magazines for users. What’s more, a second round of pre-orders appears to be just ‘a few days away’ according to the post.