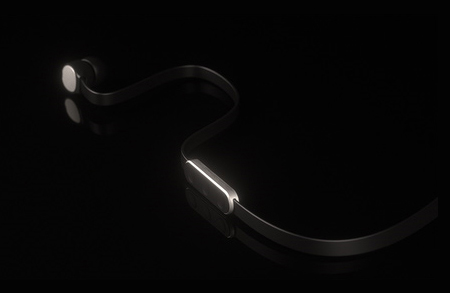 Apple devices have been followed by a string of accessories and applications, be it the iPhone 3G, 3GS or the most recent iPad. Well, manufacturers haven’t been bias with the iPhone 4 either. Jays has now launched its high-quality, stereo headset dubbed a-Jays Four iPhone.

Especially designed for the iPhone 4, this headset has been embedded with a simple control featuring three buttons and a secure grip on the headphone cord. The buttons control lets users answer and termination calls, adjust the volume, play music and videos and record voice memos with compatible devices. Besides, the headset ensures compatibility with iPhone 3G and 3GS as well.

“It’s really exciting for us to be able to offer a musically powerful earphone that is specially tailored to the iPhone, which generates masses of attention every time it is updated. For us as a manufacturer of accessories, it is absolutely crucial that we can quickly adapt our product line to such significant developments in the market”, said Peter Cedmer, Product Manager at Jays. “As a smaller company, we have the flexibility to pick up ideas that would otherwise be quite impossible for bigger companies to deliver to market within the same timeframe.”

The a-JAYS Four iPhone employs superior sound witnessed in the a-JAYS Three, along with a refined midrange allowing optimum voice transmission. It has also been supplemented with a new, custom-built, silicon microphone. The headset is inclusive of secure grip buttons and an angled 3.5mm plug. Users can pick this accessory in black and white while its tangle-free cord further adds to the convenience.

The a-JAYS Four iPhone is expected to hit shelves in Q3 2010.