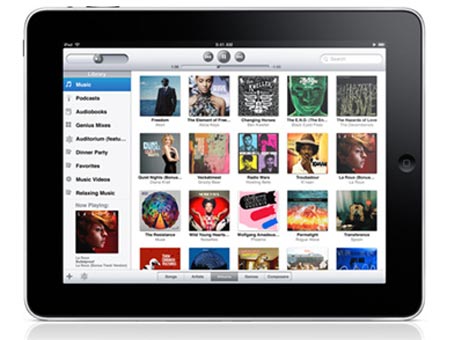 The Apple iPad offering graced the scene on April 3, 2010 and since then has captured the fancy of tech aficionados situated all over the globe. Just 28 days after its release into the market, the Apple iPad has surpassed the impressive one million sales mark.

According to the company, users have downloaded more than 12 million apps plucked from the App Store as well as more than 1.5 million ebooks from the iBookstore. The Apple iPad offers users a more intimate and enjoyable way to experience all their favorite apps as well as other delectable content.

Steve Jobs, Apple’s CEO stated, “One million iPads in 28 days—that’s less than half of the 74 days it took to achieve this milestone with iPhone. Demand continues to exceed supply and we’re working hard to get this magical product into the hands of even more customers.”

Customers can surf the Internet, share photos, listen to music, watch HD videos, read and send email, read ebooks and even indulge in loads of fun games. All this can be easily carried out through the iPad’s revolutionary multi-touch user interface. Highly portable in nature, the tablet weighs only 1.5 pounds and measures 0.5 inches thin while providing users up to 10 hours of battery life.

Loads of developers have fashioned more than 5,000 new apps specifically for the iPad. This plethora of offerings looks splendid on the vibrant large screen and high-quality graphics. It is also compatible with over 200,000 apps on the App Store.