One of the key limitations of smartwatches these days is the fact that the display size in these wearables is too restricted for convenient touch input. Companies like Apple and Samsung have overcome this so far by including a physical crown or rotating bezel as an alternative to touch.

However, a new patent suggests that Samsung has a few more tricks left up its sleeve to change how consumers interact with their smartwatches. As per the filing, the brand is looking to develop technology which could allow the device to project its screen onto a nearby surface and allow users to conduct operations through this secondary display.

The basic idea involves a projector, camera and a processor. The Samsung gadget would be able to scan the physical shape of the surrounding area and utilize the first to project its virtual UI onto an object be it a hand, wall or arm. The second is supposed to keep an eye on what the individual is inputting and convey that information to the SoC in order to turn them into actions. 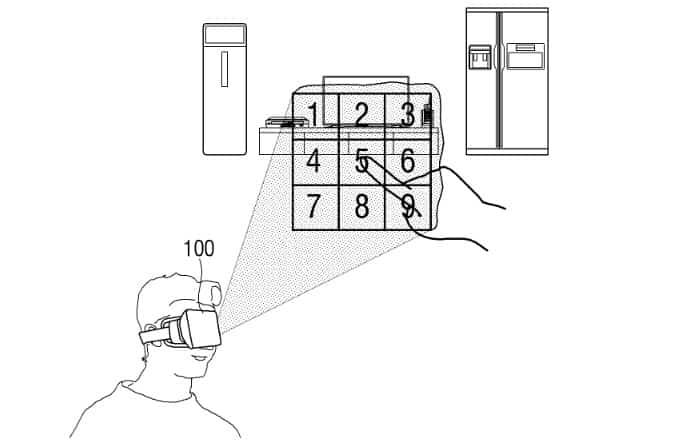 The futuristic Samsung watch is supposed to recognize handwriting and gestures as well. The company further outlines potential uses of the feature such as beaming out secondary information about a place when accessing a map application. It might additionally be capable of being used in conjunction with products like head mounted display devices like VR headsets or Microsoft HoloLens.

It’s certainly a unique idea, though the problem with projecting anything is that the surroundings must be dark enough to actually allow the person to see anything. Perhaps Samsung is thinking of ways to overcome this little problem. Given that it’s a patent, there’s no way to tell if the technology will ever make its way to stores anytime soon.