Futuremark shames Samsung and HTC for cheating on benchmark tests

In a rather embarrassing turn of events for Samsung and HTC, several of their most popular devices have been delisted on the Futuremark website. The software developer apparently made this move to shame both companies which have reportedly been rigging their products so they work a little harder when put through benchmarking tests.

The Samsung Galaxy Note 3, Galaxy Note 10.1 2014 Edition, HTC One and One mini have been pegged with a Delisted notice on the site. It basically means they’ve been banned from competing with other gadgets for high rankings since these are based on performance. Of course, this is not the first time Samsung has got into trouble for cheating. 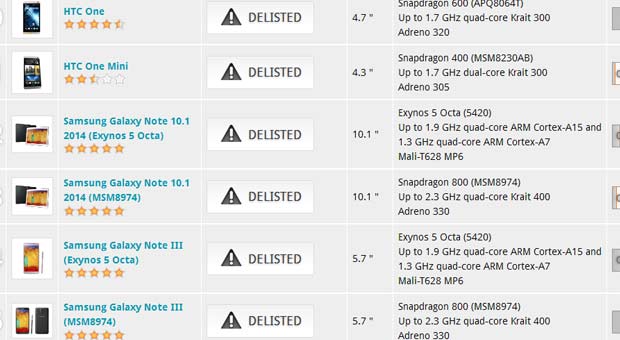 Back in August, the Galaxy S4 was caught with its PowerVR SGX 544MP3 graphics speed being cranked up to 533MHz when it was put through particular benchmarks. The handset was supposedly capable of recognizing a test owing to a BenchmarkBooster string which names certain popular tools like AnTuTu, GLBenchmark 2.5.1 and Quadrant amongst others.

But Samsung retorted with a statement claiming the GPU can scale up to its maximum frequency for applications being opened in in full-screen mode. To make it worse, the now delisted Note 3 was the next to be hit by optimization charges just last month. Such ‘adjustments’ are a matter of concern since companies playing benchmark tests to their benefit will have an unfair advantage over competitors. Because a lot of people check these results before investing in a device. 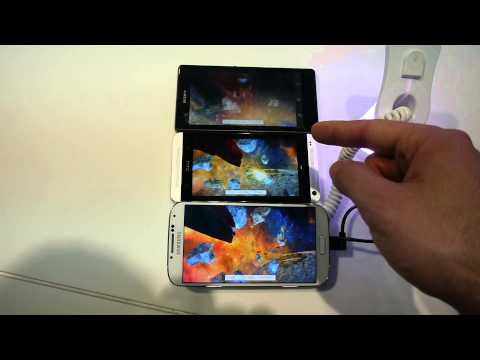 BGR who cites The Register as the source which broke the news, notes that Futuremark’s regulations are very unambiguous on the whole subject. A device must not be able to detect the launch of the test it is being put through or tweak any part of it. Also, it is necessary that the platform must function as it usually does and not behave any differently during this process.