Future Samsung Note phones might come with a built-in breathalyzer

Phones can do a lot of things these days, but none of them can accurately tell you if you’re drunk. Here to fill in that gap is a new Samsung patent which uses an S Pen as a breathalyzer.

Samsung had filed for the patent in June 2016. That’s too recent for the Galaxy Note 8, but future Galaxy Note handsets like the Note 9 might be able to make the cut. The enhanced S Pen in the document is not just able to write, but also packs a microphone and gas sensor.

As described in the patent, this gas sensor will be able to analyze a person’s breath and transmit its findings to the Samsung device. The S Pen is bendable, with the exhalation housing at one end. It can still be fitted inside a Note though, so portability doesn’t appear to have been sacrificed. 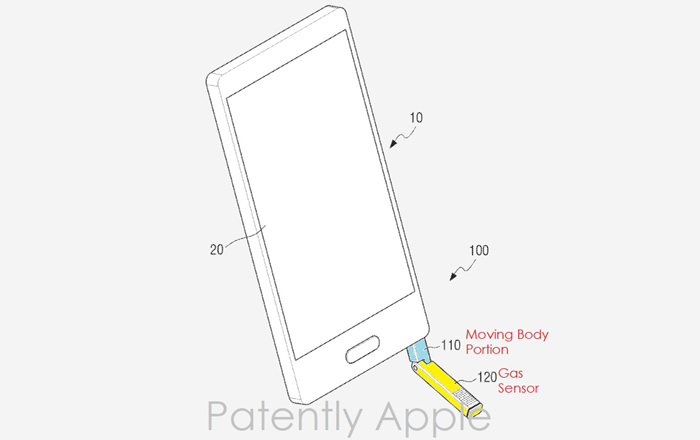 Intriguingly, the breathalyzer might work even when a person is on a call. The illustrations above suggest as much, showing an S Pen bent at a person’s mouth and the Note phone’s screen stating that it’s ‘Sensing during a call.’ It could be a useful shield to have when making drunk calls that you’ll regret later.

The other, more obvious use of the stylus-cum-breathalyzer is to help reduce drunk driving. You could simply just breathe onto your S Pen to figure out whether you’re good to go or need to call a cab. There’s no clear date as to when exactly this will be possible, since patents don’t always make it past the concept stage. Watch this space for more if it does.