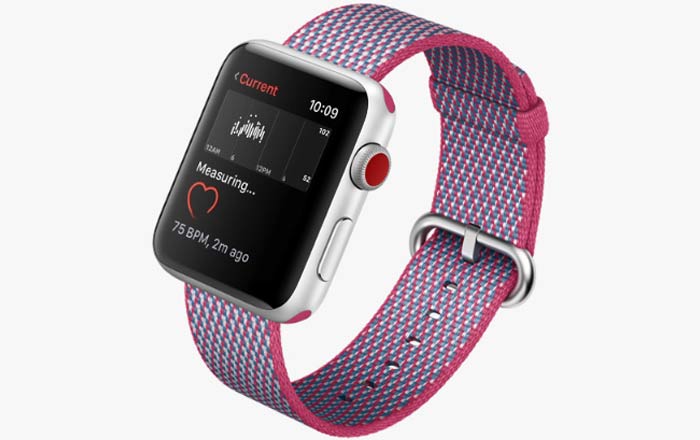 The Apple Watch got its hands on a heart rate sensor just this year, but it seems the company is looking to upgrade to an even more advanced version of this for future models. Bloomberg claims the company wants to install an electrocardiogram test or EKG/ECG into the wearable.

EKG monitors are typically seen in hospitals and involve placing multiple electrodes onto the skin to monitor the rhythm of the heart. The future Apple Watch would work on the same principal, allowing users to squeeze the frame to send an imperceptible electric current across their chest.

The Apple Watch could then detect any abnormalities like irregular heart rates. These are difficult to spot on a daily basis and could increase the risk of heart failure and strokes. The current heart rate monitor serves a more basic role right now, but an EKG could revolutionize things by finding problems early.

Interestingly enough, the Apple Watch did play a role in saving a man’s life back in October this year. An app called Heart Watch detected that his heart rate was too high and convinced him to seek medical help. Adding an EKG could serve a similar function, letting people and their doctors have a stream of data to make better diagnoses.

Apple’s been trying to shift public perception of the Apple Watch as a luxury piece of jewelry to an essential fitness companion over the past few years. It actually announced a research initiative with Stanford recently to detect irregular heart rhythms via LEDs and light sensors at the back of its device.

It stands to reason that Apple will use what it learns in its secret EKG project. Sources caution that the tech is still in development and could be abandoned in the future, so we’ll have to wait and watch for more hints regarding the company’s plans.