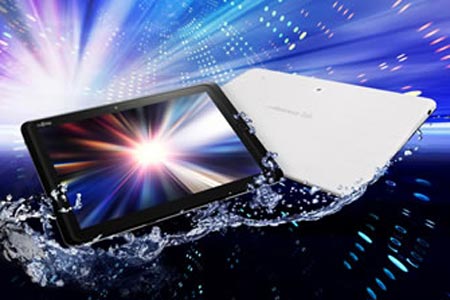 The Fujitsu Arrows Tab Wi-Fi FAR70B and QH55/J release date details have been made known officially, the tablets are poised to attack markets in Japan at competent price tags. And while one is an Android slate, the other runs on Windows. The latter has been available in the region, but now it will come in a non-Office version.

Let’s focus on the Arrows Tab Wi-Fi FAR70B first. The device comes with Android 4.0; so it’s not the latest in terms of the Google operating platform, but it’ll do the job. It carries over the dust and water resistance that features in the series with IPX5/8 and IP5X certification. A 10.1-inch display with a resolution of 1920 x 1200 pixels is capable of delivering a full HD experience to users. 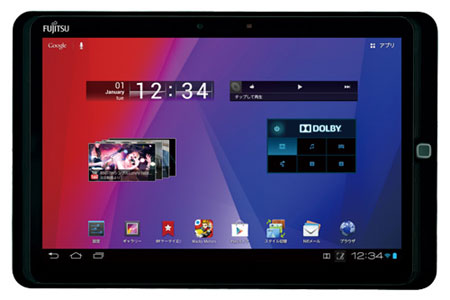 It draws steam from a 1.7GHz quad core Nvidia Tegra 3 CPU with a 12-core GPU and packs 2GB of RAM and 32GB of internal memory which can be expanded further if needed via a mciroSD card slot. And while its predecessor derived power from a 6,560mAh unit, this one upgrades to a much larger 10,080mAh battery and offers a faster charging mode.

There is an 8.1MP primary camera as well as a 1.2MP secondary snapper, and connectivity options include wireless LAN and Bluetooth, although a TV tuner has been built into the device. The slab comes with a feature that allows it to switch modes so that it can be conveniently used by people of all ages. There’s also Dolby Digital Plus audio and a fingerprint sensor. 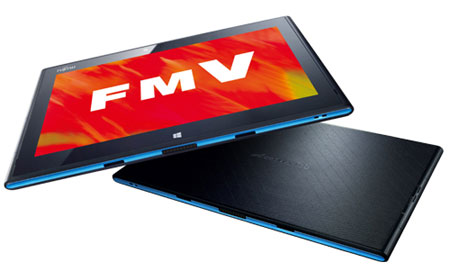 The Windows tablet without Office is exactly identical, in terms of specs, to the version that comes with the Microsoft suite. It uses an Intel Atom processor, has 2GB of RAM and tucks away a 64GB SSD. Also, its 10.1-inch screen offers visuals at a slightly lower resolution than the aforementioned Google OS-based slab.